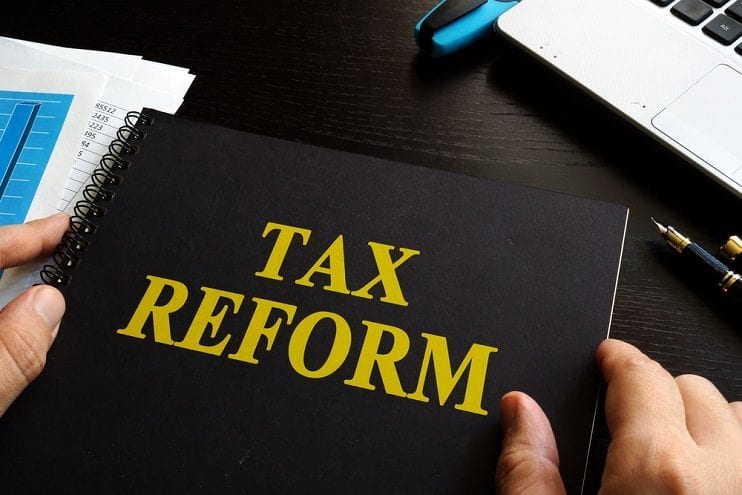 Editor’s Note:  This week, we’re continuing our deep dive into the Tax Cuts and Jobs Act of 2017.  Click here to get caught up on Part 1 of our story: The 2017 Tax Reform Law and Your Retirement Finances

Some readers are asking about the charitable contribution deduction, of which there are a few changes.

Now, cash contributions to public charities can be deducted up to 60% of your AGI, increased from 50%. Other charitable deduction limits are unchanged.

After 2017, no deduction is allowed for contributions that earn seating rights to college athletic events.

Next up is pass-through businesses.

Owners of interests in pass-through businesses might receive a deduction from taxable income of up to 20% of their share of business income.

The entity generally doesn’t pay income taxes. Instead, the owners include their share of the income on their tax returns, whether or not the income is distributed to them.

This deduction is directly from taxable income. It doesn’t reduce AGI or the self-employment tax.

The pass-through income deduction might make investments in real estate investment trusts and publicly traded partnerships more attractive, because the deduction applies to income from most of them.

The deduction reduces the effective tax rate on the income, making these investments more competitive with other income investments.

Prices of these investments increased after the final tax reform package was released, so the benefit might be reflected in the market already.

Some of the “Stealth Taxes” are eliminated or reduced. The AMT (Alternative Minimum Tax) will snag far fewer taxpayers, because of significant increases in the exemptions.

The phaseout of personal exemptions at higher incomes is eliminated, as is the reduction of itemized expense deductions.

The major Stealth Taxes that remain unchanged are the inclusion of Social Security benefits in gross income, the Medicare premium surtax and the 3.8% net investment income surtax.

Under the new tax law, most investment tax strategies are unchanged.

You still pay a lower tax rate on long-term capital gains and qualified dividends than on ordinary income, though the difference might be lower than in the past.

You also have some ability to determine the tax basis of securities sold when you sell less than your entire holding of a position. That helps control the gains and losses recognized on your tax return.

Tax-exempt bonds might be less attractive to some investors, because of the lower tax rates. But any effect from the tax law probably is already reflected in the prices.

As mentioned above, real estate investment trusts and master limited partnerships might be more attractive because of the pass-through income deduction.

The tax law is a reason to be cautious about high-yield bonds and leveraged loan or bank loans.

The law restricts interest deductions for businesses. This could reduce the cash flow of highly leveraged businesses.

The change also could reduce the number of potential buyers of businesses and major assets, or the prices they’re willing to pay.

You won’t be able to deduct any investment- and finance-related expenses after 2017. Those deductions simply are disallowed, as mentioned earlier.

Tax diversification also remains an important strategy. You can have taxable, tax-deferred and tax-free accounts.

In retirement, you have some discretion about which accounts to draw funds from, giving you greater control over your tax bill.

With proper planning, many people can pay no more than a 15% or 20% effective rate on their income throughout retirement.

You still receive significant tax breaks for donating appreciated securities or other assets to charity. You also continue to receive multiple benefits from creating a charitable remainder trust or funding a charitable annuity.

Some people will lose the additional tax benefits from charitable contributions and other itemized expense deductions.

You deduct the itemized expenses, including charitable contributions, only when their total exceeds the standard deduction.

The higher standard deduction means fewer people will itemize expenses, so they won’t receive an additional tax benefit from those expenditures.

Many people might be able to itemize deductions after 2017 if they make some changes.

For example, you could bunch expenses in one year when possible.

If there isn’t a single charity you wish to benefit this much, consider donating a lump sum to a donor-advised fund.

You take the charitable deduction in the year of the contribution, but you can dole the money to individual charities over the coming years.

If you need income from the money, you can donate through a vehicle such as a charitable annuity or charitable remainder trust.

The January 2018 edition of my new online seminars, the Retirement Watch Spotlight Series, is now online, focusing on the new tax laws and how you can take advantage. To find out how, keep reading here.