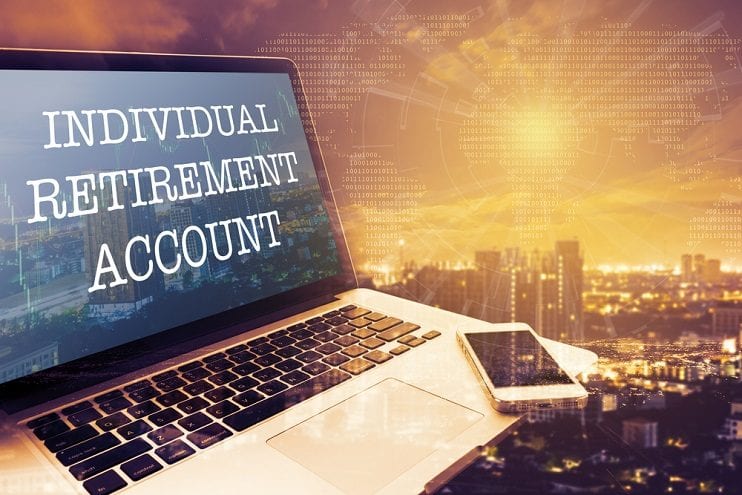 And while IRAs, 401(k)s and other retirement accounts are among the most valuable assets most people own…

They’re also are among the most complicated and misunderstood.

The mistakes and oversights can occur at every stage of IRA ownership, and it doesn’t take much of an oversight to deplete your retirement nest egg through avoidable taxes, penalties and interest.

Here’s a look at some of the most common ones you won’t want to make.

I put this first, because I continue to see court cases, IRS rulings and other evidence that the mistake occurs frequently.

There are many instances of retirement accounts being inherited by ex-spouses, the estates of deceased people and other unintended beneficiaries.

This happens because someone made the beneficiary designation years ago and never updated it.

Review and reconsider IRA and other retirement account beneficiary designations after each major life change in your family and every time your estate plan is reviewed.

Rollovers are among the most common IRA transactions (there are dozens of types of retirement plan rollovers in the tax code), yet also are prone to costly mistakes.

Many people still don’t realize the IRS changed the rules a few years ago so that for IRAs only one “60-day rollover” is allowed every 12 months for each taxpayer.

If you deposit the same amount in that IRA, another IRA or another qualified account within 60 days, it is a tax-free rollover.

But if you fail to deposit the same amount in a qualified account, even if you miss the 60-day deadline only by a day or two, you have a taxable distribution.

An individual can do this only once every 12 months, but many people still attempt multiple rollovers within 12 months.

As a result, they incur income taxes, plus the 10% early distribution penalty when they are under age 59½.

Another mistake is not realizing that when the 60-day rollover is attempted, the IRA custodian is required to withhold 20% of the distribution for income taxes.

Yet, for the rollover to be tax free, you must roll over the gross distribution before subtracting the tax withholding.

You must come up with that 20% from another source and include it in the rollover. Otherwise, you include in gross income the amount you failed to roll over within 60 days.

The best advice for a taxpayer planning any type of rollover is to have the assets transferred from one plan administrator or custodian to another.

Don’t take possession of the money or assets yourself.

Even in such a custodian-to-custodian rollover, one of the custodians might make a mistake, such as depositing the money in a regular account instead of an IRA.

You need to monitor the paperwork carefully and have any errors promptly corrected.

Beneficiaries who inherit IRAs and other qualified plans often lose a lot of money learning the rules the hard way.

There are different rules for a beneficiary who is the surviving spouse of the deceased owner and non-spouse beneficiaries.

A non-spouse beneficiary shouldn’t roll over the IRA to his or her own IRA or have the IRA changed to his or her name. Either of those actions is treated as a full distribution of the IRA.

The balance will be included in gross income, and there isn’t a way to reverse it.

Instead, the inherited IRA needs to be segregated from other IRAs and re-titled with a name that includes the original owner’s name, that he or she is deceased, and that the IRA is for the benefit of the beneficiary.

No contributions can be made to an inherited IRA. It also can’t be rolled over to another IRA or converted to a Roth IRA if it is a traditional IRA.

Most non-spouse beneficiaries must distribute the entire IRA within 10 years after inheriting it.

This applies to both traditional and Roth IRAs.

Beneficiaries who aren’t subject to the 10-year rule must begin annual required minimum distributions (RMDs) beginning by December of the year after the year in which the owner died.

They need to learn their options, choose an RMD method and begin distributions on time.

The 10-year distribution rule doesn’t apply when a surviving spouse inherits an IRA.

Instead, the surviving spouse has several options.

One option is to treat the IRA as a non-spouse inherited IRA and elect to take annual RMDs using one of two methods.

The methods depend on whether the deceased owner was taking RMDs before his or her death. The other option is to do a spousal rollover, also known as a “fresh start” IRA.

In a spousal rollover, the inherited IRA is rolled over into either a new IRA or an existing IRA in the surviving spouse’s name.

In either case, the surviving spouse treats it as his or her own IRA without reference to the deceased owner.

Most surviving spouses should do the spousal rollover.

The reason: When distributions are taken from a non-spousal inherited IRA, the 10% penalty for distributions taken before age 59½ doesn’t apply, no matter how young the beneficiary is.

But when the spousal rollover is used and the IRA is treated as the surviving spouse’s own IRA, the 10% penalty can apply to distributions taken before age 59½.

After the surviving spouse turns age 59½, the spousal rollover can be executed.

There’s no time limit to when the spousal rollover can be made.

In next week’s issue of Retirement Watch Weekly, I’ll share more common but costly mistakes to avoid in 2022.