A Few Ways to Save Money 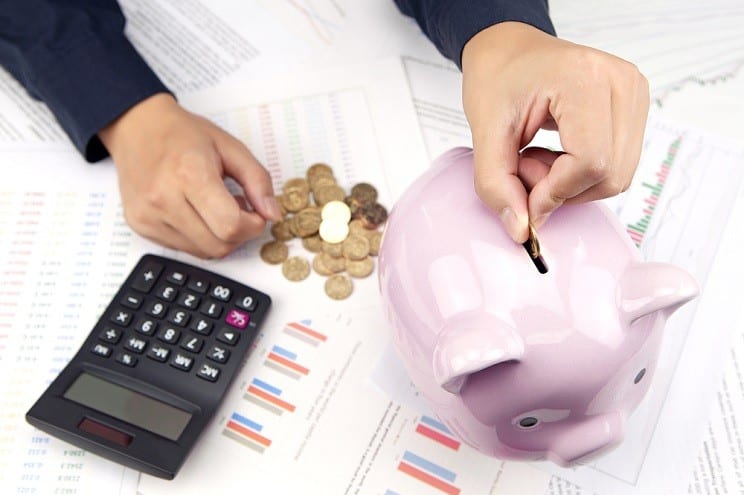 There are two ways to save money. One way is to cut nickels and dimes off each purchase. The other way, which we’ll look at in this visit, is to save a lot of money on a few big dollar expenses. Let’s see how you might be able to save big dollars on a few major expenses.

After income taxes, a mortgage is the largest expense most people have. Of course, if you still have a high rate mortgage, money can be saved by refinancing at today’s lower rates. What if you already have refinanced or have a recent mortgage? What if you want to be sure of paying the lowest available rate?

An adjustable rate loan, or ARM, will have lower rates than a comparable fixed-rate loan. You can go a step further and get the lowest rate loan available.

For the lowest rate, consider getting a LIBOR loan. LIBOR stands for the London Interbank Offered Rate. It is roughly similar to the Federal Reserve’s discount rate. A mortgage tied to the LIBOR is going to have a lower rate than a loan tied to U.S. mortgage benchmarks. That’s because rates are lower in Europe. They are likely to remain lower, because inflation and economic growth are lower in Europe than in the U.S.

A potential disadvantage of a LIBOR loan is that the rate is reset every month. If the economic picture changes the LIBOR rate could shoot up quickly. You take that risk with any ARM tied to a short-term benchmark, but it is highest with a LIBOR loan. The bet you make with a LIBOR is that any future interest rate increases won’t be soon enough or high enough to wipe out the significant savings you garner right now.

If a LIBOR loan is too risky for you, a safer bet that still will save money is known as a hybrid loan. It is an ARM, but the initial rate is fixed for a few years. You can pick anywhere from three to 10 years from most lenders. The longer the fixed period, the higher the initial rate will be. But it will be lower than the rate on a 30-year loan. This type of loan is best for someone who expects to sell the home within five to 10 years, but others can use it to save money long term.

While checking on the mortgage, compute the amount of your home equity. This is the current value (not your purchase price) minus the mortgage. Lenders require private mortgage insurance if the home equity is less than 20% of the value. The PMI premiums usually are not cheap. If you are paying PMI and your equity now exceeds 20% of the home’s value, call the lender and cancel the PMI. This could save $1,000 or more annually.

Another of your large expenses probably is the cost of one or more automobiles. This is an area where people let significant savings slip away.

Most cars manufactured in recent years are far more reliable than cars made in the past. Global competition and a proliferation of firms issuing quality reports forced quality to improve. The result is that we can expect most cars to last much longer than in the past. A life of over 100,000 miles won’t be unusual for most vehicles on the road today.

That increases the case for avoiding a showroom-new car and buying used, what the dealers today like to call preowned.

You probably know that a car depreciates significantly as soon as the first buyer takes title. You save significantly by purchasing a one-year-old car, and even more by purchasing a model from three or four years old. The case against doing this was that buying a used car means you are buying someone else’s problems, and a car’s weaknesses would not be apparent until after the purchase.

The argument ignores the quality improvements. Brands such as Toyota, Lexus, and Honda routinely perform reliably for well past 100,000 miles.  Other brands also do well. In addition, if you are willing to pay a bit more a certified used car can be purchased from a dealer. These cars undergo some degree of inspection and are sold with a limited warranty. Similar offerings are available in some areas from mega-used car dealers, such as Carmax.

To maximize your savings, buy a car about four years old. Price depreciation on most models slows significantly after that.

Used car prices have been particularly attractive the last few years because of the popularity of leasing deals in the late 1990s and early 2000s.  Leases generally last two to four years, and many cars still are flooding the market from those past lease deals.

If you want a new car, good deals are available if you wait until after or near the end of the model year. Dealers still usually slash prices of last year’s models that are left on their lots as the new model year begins.

The potential savings here are not small. Buy a car at least three years old, and you should save $10,000 or more per car, depending on the model you want.

Telephone service is ripe for savings in many households. Most families now have both landlines in the home and cellular phones.

One option that attracts more and more people is to drop the landlines entirely and use only cell phones. If people in your house tend to spend hours on the phone each day, that might not be a good idea. But cell phone plans have fallen in price so much that average users often can break even or save money by dropping the landline and using only cell phones.

Cell phone roaming plans can make this especially attractive, because long distance calls are treated the same as local calls. Some plans also provide unlimited or a high volume of calls to family members.

There are two issues to consider that might make a cell-only plan a disadvantage. One issue is quality and dropped calls. Cell phone quality rarely is the same as for land lines. The quality will vary with the location of your home relative to cell towers.

Another factor is the need for electricity. Some people have difficulty remembering to plug their phones into the rechargers or talk too much for the battery life. Also, when the electricity goes down, you have no phone service once the cell phone battery runs out. With a landline, you can have phone service when there is no electric service.

A less extreme solution that still saves money is to switch your landline from the telephone company to the Internet. For this to work you need a high speed Internet connection, such as cable or DSL. Many cable providers and a few independent firms are providing Internet telephone service. You have to buy some kind of appliance, plug it into your cable or DSL Internet connection, and plug your phone into the appliance.

Most Internet telephone deals provide unlimited local and domestic long distance calling at a flat monthly fee. The fee is less than or equal to the base telephone company rate, plus you avoid all the taxes and fees that are imposed on local telephone lines. If your cable company does not offer Internet calling, contact a national firm such as Vonage at www.vonage.com.

Again, quality is a potential problem. Also, if your cable Internet service is down, your phone service probably also is down.