An Easy Way To Beat Most Other Investors 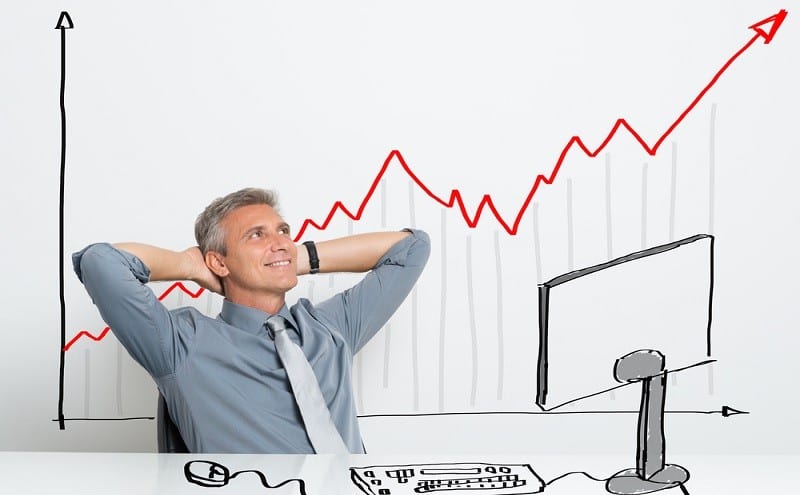 Simplify your investment portfolio and your returns will increase. That’s part of the philosophy behind our investment approach, especially our Core Portfolios. Most investors own too many assets. Many others complicate investing by trying to decide the best time to buy and sell. The result often is that they neither buy nor sell – or do so at the wrong time.

Here’s how those approaches reduce wealth. From 1984 through 2000, the Standard & Poor’s 500 had an average annual return of 16.3%. Meanwhile, most mutual fund stock investors had a total return including dividends of 5.3% annually, according to a study by Boston mutual fund research firm Dalbar. Treasury bills returned 5.8% annually during the period.

The study attributes the underperformance primarily to poor buy and sell decisions. Most investors won’t buy and hold. They tend to buy high and sell low after being influenced by current market trends and headlines.

The problem is that when stocks move, they do so quickly and when least expected. If you are on the sidelines waiting for the right time to invest, you will miss most of the growth.

The most recent study showing the effect of missing a few good market days is from Franklin Templeton Investments. It shows that the S&P 500 returned a little over 12% for the 10 years ended Dec. 31, 2001, which included 2,500 trading days. If you missed only the best 10 days during that period, your total return dropped to 8%. Miss the 20 best days and you earned only 4%. Being out of the market on the best 30 days reduced your return to only 2%.

You are better off buying at the wrong time. If you invested $1,000 in the S&P 500 at the beginning of each year from 1989 through 1998, you would have earned 17.9% annually. If you instead made those investments at the index’s highest point for the year your annual return would be 15.1%. By sitting out and owning treasury bills you would have earned 4.9%.

That’s why I urge each investor to set up one of my diversified, long-term Core Portfolios before doing anything else. The Core Portfolio will reduce your risk, simplify your financial life, and increase investment returns.

I recommend a different Core Portfolio for each type of investor: Sector, Balanced, Income Growth, and Income. Once established, we don’t make many in the portfolios. You might shift from one portfolio to another if your situation changes. Mutual funds are changed when there is a better long-term alternative to the current recommendation, there is a management shift or a load is imposed.

Over time, the markets will change your Core Portfolio from its original allocation. Stocks might appreciate, while bonds are steady or decline. Or the opposite might happen. It is important about once a year or so to return the portfolio to its original balance by reducing the assets that have appreciated and adding to the assets that have declined. Otherwise, you will end up with a more risky portfolio than intended. In addition, rebalancing is a good way to ensure that you buy low and sell high. Studies show that regular rebalancing of a long-term portfolio increases returns.

One fund that has held back these two Core Portfolios the last two years is American Century Income & Growth. The fund has done its main job over time, beating both the S&P 500 and the average value fund. It uses a computer model of the 1,500 largest stocks to develop a portfolio with a higher yield, cheaper stocks, and less volatility than the S&P 500.

The fund is not a true value fund, because it tries to maintain industry weightings similar to the S&P 500. As a result in recent years the fund had a much heavier technology weighting than most value funds. That helped during the bull market but has hurt relative to other value funds the last two years. The fund beat the index, but it still had negative returns in 2000 and 2001.

I’m keeping BIGRX as the top recommendation for Core Equities in these portfolios. It has outperformed most pure value funds and participated in more of the bull market than those funds did. While it lost value the last two years, its longer-term return more than makes up for the losses. BIGRX also held up better in the 1998 market decline than most value stock funds did.

An alternative worth considering is Masters Select Equity. This unique fund takes the best stock picks of six mutual fund managers. Both value and growth stock managers are included, with a bias toward value. The managers include those from Longleaf Partners and Legg Mason Value.

This fund has a five-year record with a higher total return than BIGRX. During the bull market, Masters Select Equity trailed BIGRX. Since March 2000, MSEFX has outperformed both BIGRX and the market indexes. MSEFX declined significantly more than BIGRX during the market crisis in the fall of 1998. Neither of these funds is a pure growth or value fund, and either is a fine choice for a core equity position.

We own large diversified international stocks through Tweedy, Browne Global Value. I dropped emerging market stocks a couple of years ago. The governments and economies in these regions have been in trouble since 1997. The next one to three years will determine if these economies will continue to develop or if they will stagnate or regress. Then I will decide if they can be returned to Core Portfolios.

I’m happy with the rest of the funds in these portfolios. They are solid margin-of-safety funds that earn solid returns with low risk.

The Income Core Portfolio continues to perk along generating income with capital gains. In fact, thanks to the bond bull market of the 1990s this fund hasn’t lagged the others by much. It generated a total return of 197.46%, for an annualized return of 10.17%. There are no changes recommended in this portfolio.

The Income Growth Core Portfolio is my newest, created in 2000. It is designed to pay an income yield of 4%-5%. The income payouts also should increase over time, because they come primarily from stocks instead of bonds. In addition, the portfolio value should rise with the markets and the economy.

The utility and gas funds have had a tough time lately because of the turmoil in the energy markets and Enron-related events. For the long term these are good positions for high and rising income with capital gains potential.

Once your Core Portfolio is established, consider shifting some assets to my Managed Portfolio and Aggressive Portfolio. It is important, however, to keep part of your wealth in a Core Portfolio. That step will keep you from making the mistakes that reduce the wealth of most investors.