Are You Putting Enough Money Away? 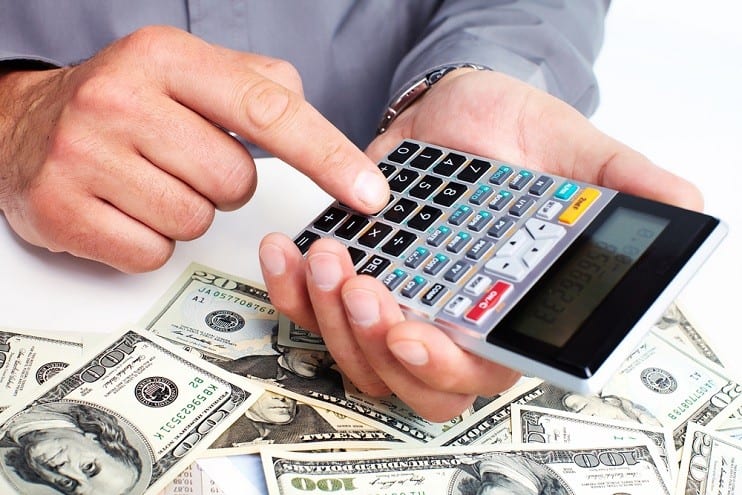 The biggest planning mistake most people make is not realizing how much retirement will cost and how much money they will need. Fortunately, those who remember a few principles and use today’s low-cost technology can substantially reduce the margin of error.

Surveys of future retirees abound. An interesting recent survey from Merrill Lynch found that 42% of Baby Boomers do not know how much money they will need to live comfortably in retirement. That is a key point because surveys of those already retired reveal that those who did some kind of retirement planning were better prepared financially than those who did no forecasts.

There are many ways to do some basic retirement planning in addition to taking the time and expense of meeting with a financial planner. There are books and other materials available through most 401(k) plans, mutual funds, and other financial service firms. There also are a number of web sites that offer retirement calculators, many of them free, some for a fee.

No matter which approach you use to plan for retirement, keep in mind that retirement planning is not science. It is an art. There are different methods for estimating retirement spending, and assumptions are used in each method. Do not simply accept the estimate generated. Understand how it was developed and its limits.

Here are the key principles to keep in mind.

Be sure to account for periodic expenses, such as new cars and major home repairs.

Expect spending changes. Spending is unlikely to stay constant in retirement. Most retirees spend relatively heavily in the early years of retirement. They have pent up desires, such as travel, playing more golf or other recreational activities. Spending often slows down some time in a person’s seventies, because most people simply become less active. Other spending might increase after that, as medical expenses rise. Or reductions in other spending might balance the higher medical spending.

I have prepared a Microsoft Excel spreadsheet that allows you to estimate retirement spending more accurately than most of the options available. You can break out each spending item, apply a separate inflation rate for each expense, account for paying off debt, and provide for irregular expenditures. I revised it in July. You can find it on the home page of the members’ section of the web site.

Assume reasonable longevity. The first generation of retirees in the 1960s lived about five years in retirement. Since then, life expectancy has increased. The actuaries say that someone who is 65 today has a 50% probability of living to age 85 or longer. Most couples should assume that one spouse will live to at least age 90 when estimating their retirement needs.

Expect variable investment returns. A number of retirement plan models assume the same investment return each year. Yet, you know that returns vary considerably. Those variations cause the amount you accumulate to differ significantly from the projections in the models. If the markets initially do better than the assumed return, you will be better off than the plan forecast. But if returns for the first years after the plan is implemented are below average, you eventually might run short of funds.

In the last few years, computer and web models were developed to deal with this shortcoming by using a method called Monte Carlo simulation. This method calculates 500 or more different scenarios. Some models use actual combinations of returns from the past. Others use randomly-generated returns. In the end, the program gives a probability that your plan will be successful.

For example, the program might say that there is a 90% probability of your plan succeeding. That means that in 10% of the scenarios the model tested, your plan ran out of money. Ninety percent sounds pretty good. But it also means that you will have a problem if the markets have their bottom 10% of years during the key years before and in the early part of your retirement. Of course, you cannot know in advance if that will be the case.

A better approach probably is to use scenarios. I think of this as stress-testing. Take the investment returns from a very bad period. I like to use the long bear market from 1966-1982. If your plan can withstand that period, it will take a real calamity for it to fall short. If the plan cannot make it through that period, you will have a realistic idea of the risk you are taking.

Be flexible. A retirement plan should not be fixed in stone. It is based on assumptions, and many if not all of those assumptions will be wrong. Some factors will be better than you anticipated; others will be worse.

You must be prepared to re-examine the plan every year or two and to make adjustments. You might need to spend less or invest differently. Perhaps you might need to work longer than expected. Or you might be ahead of the plan and have pleasant decisions to make. Be aware that things will change, and you will need to change.

Consider all assets. Some people live more parsimoniously than they need to or impose other hardships because they do not consider all the resources that will be available to them. For example, in your later years, home equity can be tapped through a reverse mortgage or other means. Loans might be taken against life insurance. Do not overlook such sources for the later years.

A financial planner might have more sophisticated software than is available to you. But the free and low-cost calculators available on the Internet are greatly improved. My long-time favorite is at www.troweprice.com. Also, Fidelity recently upgraded its web site and has a much-improved retirement calculator.

A new web calculator to consider is at www.soa.org. Its Retirement Probability Analyzer is primarily for use by those near or in retirement to get a good idea of when they might run out of money. It avoids using Monte Carlo simulations. RPA has some more sophisticated features than other web calculators, but it also has some limits such as not separately accounting for each spouse’s income.

If you go it alone, it is worth spending a few dollars for a program that is more sophisticated than the freebies. On the web, Financial Engines has a good calculator for a fee (though it uses Monte Carlo simulations). Retirement planning software also is available in some versions of Quicken by Intuit and Microsoft Money. Also, check out Retirement Savings Planner 2005 by Torrid Technologies (www.torrid-tech.com). All generally cost between $50 and $100. If you have the time, I recommend using more than one calculator and comparing results, especially if you use free calculators on the web.