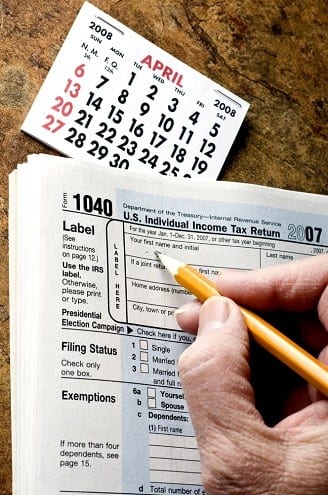 There are hidden income taxes. I call them stealth taxes. More Americans fall prey to these taxes every year, especially older or retired Americans.

There are three main stealth taxes: the alternative minimum tax (AMT), the Pease tax (the itemized deduction reduction), and the PEP (personal exemption phaseout). These stealth taxes are in addition to the tax on Social Security benefits.

The 2001 tax law was supposed to end these stealth taxes, but its efforts are meager. There was a small change in the AMT in 2005. Elimination of the Pease and PEP are phased over several years starting in 2005.

You have to take actions now to avoid or reduce these sneak taxes. Here’s what to do.

The alternative minimum tax basically is a separate tax system. You pay the higher of the regular tax and the AMT. The IRS computes the AMT for all returns, so you might end up paying it, even if you never heard of the AMT and don’t compute the tax.

To compute the AMT on Form 6251, start with your regular taxable income, then add back the “adjustments and preferences” listed. After adding back the adjustments and preferences, you subtract an exempt amount of $45,000 for marrieds filing jointly and $33,750 for single taxpayers. Then apply a 26% rate to the first $175,000 of AMT income and 28% to any additional income.

The AMT can catch taxpayers in almost any income bracket who have enough deductions. Common deductions that are added back to taxable income under the AMT include personal and dependent exemptions, state and local taxes, most miscellaneous itemized expenses, and incentive stock options.

Because of the AMT computation, people in high tax states are most likely to pay the tax. So are people with a lot of exemptions. In New York, a family with five children and less than $100,000 in income could pay the AMT. One study concluded that almost 75% of the difference between the regular income tax and the AMT is due to personal exemptions, the standard deduction, and itemized expenses. Those aren’t restricted to the wealthy.

Here’s what to do to avoid the AMT.

The Pease provision is particularly hard on taxpayers with volatile incomes or who have one time income boosts. A large capital gain or retirement plan distribution could cost you a lot of deductions.

When your income is near the threshold, keep track of income and expenses. Don’t make large charitable gifts or other discretionary itemized expenses until you know the final deduction you will get. If income is volatile, try to defer some deductions to a low earning year.

Personal exemptions also are phased out as income rises under the PEP rules. The $2,900 deduction for each dependent is reduced when your AGI reaches $199,450 on a joint return and $132,950 for a single taxpayer. The formula is complicated, but works out to losing 2.25 cents of each exemption for each dollar your income is above the threshold amount.

All you can do to reduce this tax is to reduce your income. Take capital losses or business losses whenever possible. Manage discretionary income such as capital gains and retirement distributions carefully.

If you are helping to support a relative, structure the arrangement so that a family member who will benefit from the tax exemption gets to take it.

Stealth taxes are especially important to retired taxpayers. IRA distributions and capital gains are discretionary income that can trigger higher taxes under the Pease and PEP provisions. These stealth taxes are another reason to consider emptying your IRA early.