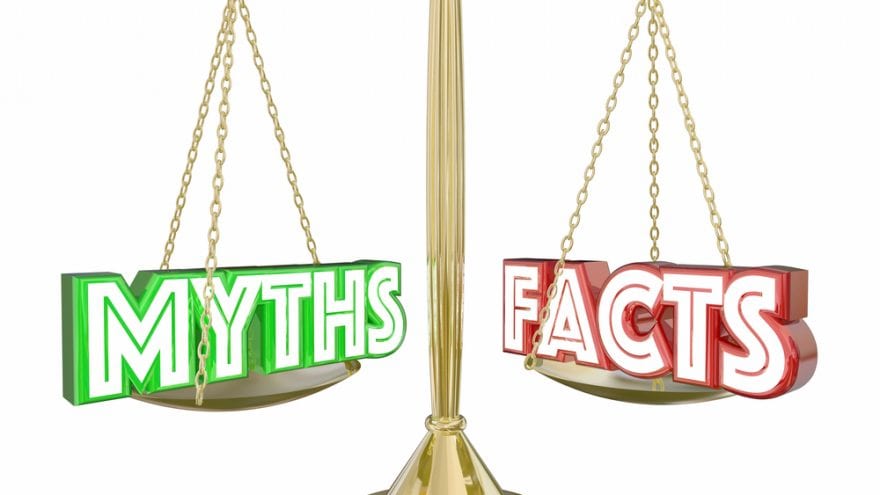 Americans are remarkably uninformed and misinformed about long-term health care and insurance to cover the expense. Only one question was answered correctly by a majority of respondents in a recent survey: 53% said they were not too familiar with long-term care insurance (LTCI) and another 26% said they were not at all familiar with it. Another survey found that two-thirds over 40 have done little or no long-term care planning.

Most people say they expect family to provide needed care, though 60% say they haven’t discussed this with relatives. They also haven’t assessed whether any family members are able to perform the tasks needed for in-home care or would have the time. Most people don’t appear to know the work involved in home health care.

The cost of long-term care is significantly underestimated by 60%. You can find realistic cost estimates, broken down by geographic area and type of care at the web sites for Genworth and MetLife Mature Market Institute.

The good news is that most people significantly overestimate the cost of LTCI. They believe the insurance costs far more than it does. Perhaps that is why only about 5% of the likely market owns LTCI.

The mistaken belief of 56% of those surveyed is that the annual premium for a healthy 55-year-old couple is $7,000 or more. The actual average cost is only $2,700, according to the American Association for Long-Term Care Insurance. Only 20% underestimate the cost, and a mere 16% stated the correct range.

Another mistaken belief is that Medicare or Medicaid will pay for long-term care. Medicare pays only a small percentage of long-term care costs, and those payments primarily are for relatively short-term rehabilitation after an illness or injury.

Medicaid does pay a significant portion of the nation’s long-term care costs, but coverage isn’t automatic. You have to meet the definition of being impoverished before Medicaid will cover you.

One way people qualify for Medicaid is by establishing a Medicaid trust. For this to work you have to transfer most of your assets to the trust at least five years before you need Medicaid. The trust must be irrevocable and require you to give up control of the assets, which are deal breakers for many people. Medicaid trusts also need to be carefully written and followed. A small mistake costs you control of the assets without qualifying for Medicaid.

One strategy is to use LTCI and personal assets to pay for up to five years of long-term care. Then, execute a Medicaid trust when the need for long-term care seems imminent. If they still need long-term care after five years, you should qualify for Medicaid.

Keep in mind that Medicaid reimbursement rates are low and likely to decline in the future. You aren’t likely to receive the best care when Medicaid pays for it. Another point to keep in mind is that in 2014 the Medicaid test is scheduled to focus only on income instead of both assets and income. The Medicaid trust strategy will have to be revised if that changes goes through as scheduled.

Many people are deterred from buying LTCI because they don’t want to pay premiums all their lives and never collect benefits. They’re happy to do this with other types of insurance, but not long-term care. For them, the insurance industry created several types of long-term care policies that promise a payment of some or all of the premiums to heirs if claims aren’t made.

In addition, there are annuities and life insurance with long-term care riders. Basically, the annuity or life insurance benefits are paid to beneficiaries if you don’t file long-term care claims that use the policy limit. There also aren’t potential premium increases in the combination policies.

There are several potential drawbacks to combining LTCI and an annuity or life insurance.

Keep in mind that an LTCI policy can be adjusted to fit your needs. The key policy provisions that can be changed are the maximum benefit amount or coverage period, elimination period or deductible, daily benefit amount, and level of inflation protection.

An attempt was made to quantify the better option by Joe Tomlinson on AdvisorPerspectives.com. In the hypothetical situation he found that generally a stand-alone LTCI policy is better than a hybrid. This is especially true if someone invests well with the lump sum that would be used to purchased a hybrid policy. But someone who invests for low returns might gain an advantage from a hybrid.

It’s always been my recommendation that you plan to pay for long-term care through a variety of sources. Plan to use some personal capital but also have an insurance policy for extended needs. Also consider giving assets to family members to qualify for Medicaid after five years.

It’s important to shop around for LTCI, no matter how you choose to purchase it. The costs vary considerably for identical coverage. Take the time to review the choices, or you’ll pay up to twice what you should for the exact same coverage.