How Safe Are Your Assets? 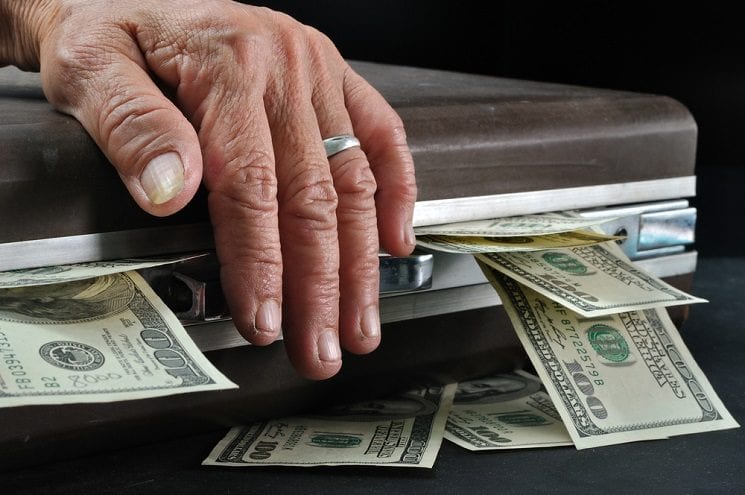 Is your money safe? It is amazing how quickly investors went from not worrying about risk to having that be the first question on their minds. As the financial crisis spreads, people are worried about the safety of their money and how to make their assets more secure.

Here’s an overview of the rules for different assets and where to find more details.

The pension, however, might not be fully funded. If it is underfunded (and many are) the trust might be able to pay the full promised pension only if the employer makes future contributions. If the employer files for bankruptcy, it usually will not make future pension contributions. In that case, the pension will be taken over by the Pension Benefit Guaranty Corporation. This government-created entity currently insures pensions up to $4,312.50 monthly for a 65-year old retiree with no survivor benefits. If the promised pension is greater than the guaranteed amount, it will not be paid. If the retiree is younger than 65 or wants survivor benefits, the amount PBGC will pay is reduced.

401(k)s. A 401(k) plan also is a separate account or trust. It is not on the employer’s balance sheet and cannot be reached by creditors of the employer. But the account is not insured by the PBGC or other entity. There is no guaranteed income or value and no protection from investment losses. (The account, however, might invest in guaranteed investment contracts or stable value funds that are backed by an insurance company or bank.)

There is no need to withdraw money from a 401(k) to protect it. If you are worried about falling investment values, the account can be moved into the plan’s safest investment alternative.

There are several different ways money can be taken out of most 401(k)s. A distribution of the money would be included in gross income and subject to income taxes. In addition, if the account owner is under age 59½ there will be a 10% early distribution penalty.

The 10% early distribution penalty also can be avoided if the employee is at least age 55 and has separated from the service of the employer. The separation from service must occur no sooner than on or after January 1 of the year in which the employee reaches age 55. The employee cannot retire at an earlier age, wait until reaching age 55, and then take penalty free distributions.

It also is permissible to take a loan from the 401(k) if the plan’s rules allow it. But repayment of the loan at an interest rate determined by the IRS must begin immediately. Payments will be deducted from your paycheck. Repayment usually must be amortized over five years, so the loan will not provide a significant emergency cash cushion.

More information about the protection of your employee benefits is available from the Department of Labor’s Employee Benefits Security Administration. Its web site is www.dol.gov/ebsa.

Insurance and annuities. All indications so far are that insurers did not invest as aggressively as investment banks and even many commercial banks, and state rules on capital reserves and investments are stricter than federal rules on other companies. Even so, insurers own mortgages and other debts that will be unpaid, and some have sought additional capital. It is possible some insurers are at risk, but your biggest risk is higher future premiums.

Insurers are regulated by the states. If an insurer fails, there usually is a state agency guaranteeing the insurer’s property and life policies and annuities. The amount of the guarantee and the strength of the insurance fund vary among the states. Most often when an insurer fails, the insurance commissioners are able to persuade other insurers to take over its assets and obligations, but that does not always happen.

Most insurers now are diversified financial businesses. But the insurance businesses are separate from other activities. That is why when AIG failed, its many insurance subsidiaries were unaffected and continue to pay consumer claims.

If you are concerned about the safety of an insurer, start with your state insurance commissioner. There you will learn the extent to which the state’s guarantee fund will cover any losses, which state is primarily responsible for regulating the insurer, and other important details. You also can check the safety ratings of the insurer, but we know that the ratings are not very reliable.

Brokers. We addressed the coverage of brokerage accounts and related assets in the March 2008 visit. The main problem if a broker goes bust is that there might be a delay in customers’ getting access to their accounts and being able to make trades. In almost all cases, however, the customers’ assets should be safe. Details are at the web site of the Securities Insurance Protection Corporation at www.sipc.org.

Commercial banks. Most accounts at these institutions are guaranteed by the Federal Deposit Insurance Corporation. The limit recently was raised to $250,000 per depositor. Details of which accounts are covered are at the web site www.fdic.gov.

Mutual and money market funds. Mutual fund investments are not guaranteed or backed by any entity. Investments of the funds rise and fall according to how the markets value them. The values of some investments could become zero. The mutual fund companies that manage and market the funds do not guarantee their value.

It is right for investors to wonder about the safety of their financial assets and contracts. But they should not panic or make hasty moves. Learn the real risks of your assets, decide which risks you are able to take, and the best alternative actions.