Estate Planning to Avoid Rags to Riches to Rags: Inheritance Planning for Heirs and Beneficiaries 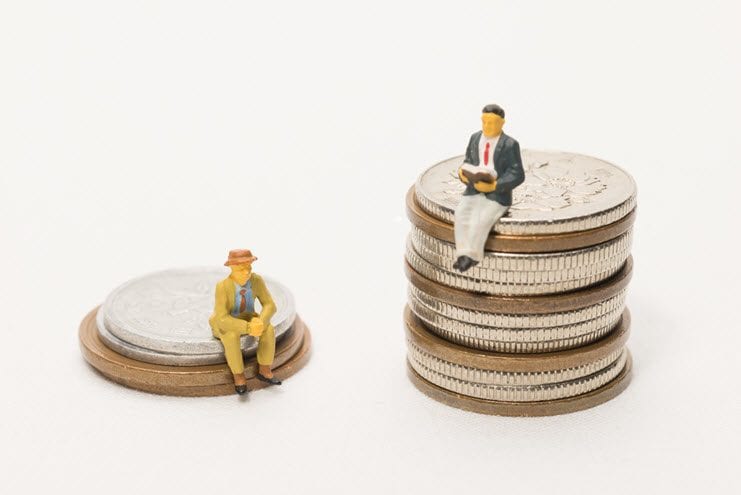 The pattern for family wealth and Estate Planning seems fixed. Different times and different cultures display the same pattern. The first generation builds wealth, and the second generation shepherds or preserves it. The third and succeeding generations spend until it is dissipated.

There are a few examples of families in which wealth lasted many generations but many more in which little of the wealth makes it past the second generation. The pattern inspired the adages “shirtsleeves to shirtsleeves in three generations” and “rags to riches to rags.” These adages have counterparts in other cultures.

After securing their own standard of living, the financial and estate planning concern of most affluent Americans is to provide some financial security for their grandchildren and perhaps later generations. This is possible, but most people try to accomplish it the wrong way.

Estate planning, or wealth transfer planning as some like to call it, tends to focus on the mechanics. Advisors discuss the most efficient ways to transfer assets to the next generations. The emphasis is on reducing taxes and other transfer costs. In recent years, incentives and controls have taken a greater role in many plans. Parents and grandparents seek to transfer wealth in ways that allow the recipients to develop solid values and a work ethic and protect the wealth. For example, income or principal might be paid out of trusts only if the beneficiary meets certain goals, such as completing college or holding a job.

The shortcoming of most estate plans is their focus on ways to transfer financial capital. The real, enduring wealth of a family is not financial capital. More important assets to sustaining the family’s long-term financial security are intellectual capital and human capital.

James Hughes, a semi-retired estate planning attorney, recently said in Financial Planning that identifying and transferring these non-financial forms of capital between generations is what ensures family wealth will grow through generations. Hughes believes that primitive societies recognize the importance of transferring human and intellectual capital between generations, because they do not have much financial capital to transfer.

Hughes believes that estate planning should focus on more than financial capital and the techniques for transferring it. Instead, wealth transfer planning should be values-based and focus on transferring intellectual capital and maximizing human capital. Family mission statements and a governing structure should be established. The governing structure should not be top down or vertical. Instead, it should be more vertical or a combination of horizontal and vertical.

Importantly, there should be a mentoring process in which the older members teach the younger members about the family’s values and its techniques for building wealth. Techniques for transferring financial capital, such as trusts, should focus on the very long term, not just the next generation.

For wealth to grow over time, strategies must change and adapt. Values can be preserved, but methods might have to change. Each generation needs to do more than preserve and manage what it is given. Instead, it needs to act like the first generation and focus on creating wealth rather than investing and living off the financial capital created by the first generation.

A good example of this process is the Marriott family. The Marriott business empire began as a cafeteria chain, Hot Shoppes. Eventually the company, which was run by the family, invested its earnings in hotels and other real estate. When the cafeteria business seemed mature, it was sold and the family focused on hotels.

After a while, family managers realized that owning hotels was capital intensive and subject to the economic cycle. The hotels were sold. Marriott Corporation now manages hotels under contract from the owners of the properties. Less capital is required; the income stream is more reliable; and the effects of the business cycle are less pronounced.

Marriott Corporation has been controlled by the same family. But it has changed dramatically and continued to grow as each generation has acted as entrepreneurs instead of caretakers.

There are several ways to do this. In some families the first generation personally transfers the intellectual capital. In other families, formal education and contact with family advisors transfer the values. The transfer process can be informal through daily contact or formally through annual family retreats. In most cases, a combination of these methods should be used.

Few estate planners or other advisors assist in the transfer of nonfinancial capital. Each family must develop a system that works for it.