Financial Advice for Retirement, Social Security, IRAs and Estate Planning
Retirement Watch » Individual Retirement Accounts - IRAs » How To Convert Your IRA to a Roth – Without Taking a Tax Hit 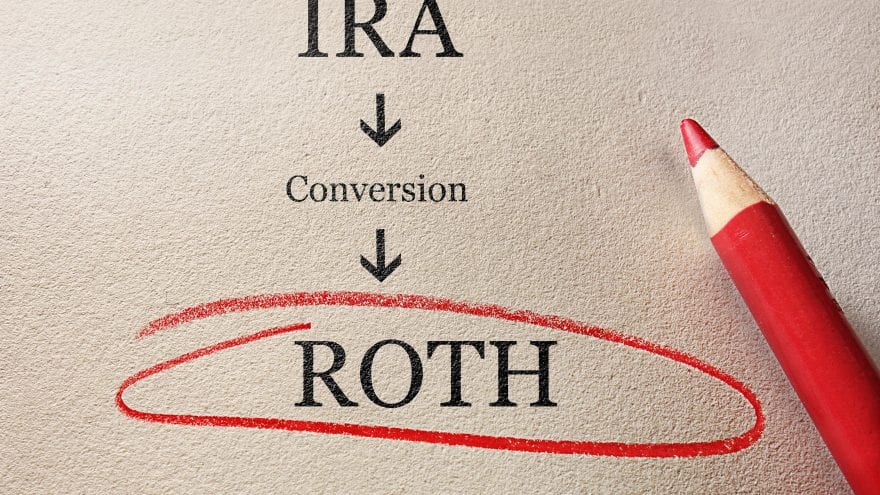 What stops people from converting all or part of a traditional IRA or 401(k) to a Roth IRA?

For many, it’s the cost of doing so.

And yet, a few simple strategies, while staying alert for opportunities, can dramatically reduce the cost of converting an IRA.

As you know, income taxes are the cost of converting an IRA. (By the way, I truly believe today’s tax rates are the lowest we’ll have in our lifetimes!)

The amount converted is included in gross income as though it were distributed to you, and you pay income taxes on it.

You’re paying the taxes now instead of later, perhaps years later, when you take retirement distributions.

You can, however, reduce the cost of the conversion. Sometimes these actions make a conversion viable when it otherwise wouldn’t be.

Other times, they reduce the cost of a conversion you were going to do anyway, increasing lifetime tax-free income.

The serial or multi-stage conversion.

The tax code allows you to convert as much or as little of a traditional IRA as you want.

If you convert an entire IRA at once, including that amount in gross income is likely to push you into a higher tax bracket and increase the tax bill.

That could cause you to pay more taxes than you would have by taking taxable distributions over the years.

Paying taxes at a higher rate when you do the conversion than you would have in the future can eliminate the benefits of doing the conversion.

A better strategy is to convert only enough to ensure you stay in the same tax bracket.

Estimate your taxable income for the year based on how your income and expenses stand now.

Then, convert enough to keep your taxable income from rising to the next tax bracket.

Using this strategy, you can convert the desired amount over several years while minimizing the tax cost.

But you need to monitor more than the income tax brackets.

Determine if a conversion might trigger or increase the “Stealth Taxes,” such as the amount of Social Security benefits included in gross income, the Medicare premium surtax, and more.

That could make a conversion more attractive than it seems at first.

Other times, circumstances reduce gross income, and you can take advantage by realizing it reduces the cost of converting part of a traditional IRA to a Roth IRA.

A conversion would be less expensive if the lower gross income puts you in a lower tax bracket.

Or, if you’re still in the same tax bracket with the lower gross income, you’d be able to convert more of the traditional IRA at the same tax rate than you would have before.

To avoid increasing gross income, you can delay selling investments at capital gains until next year.

Or when you need additional cash, avoid taking additional taxable distributions from a traditional IRA or a tax-deferred annuity.

Take it from a tax-free source, if you can, such as a health savings account or Roth IRA.

Look for other cash sources, such as investments that can be sold at little or no capital gain.

Short-term loans, such as a home equity line of credit or margin loan against investments, also can be helpful.

You can pay the loans the following tax year with an IRA distribution or other action.

Or perhaps you can delay the expenditure or its payment until next year.

When you’re still working, consider ways to defer income and bonuses to the following year.

You also might be able to reduce gross income by increasing certain deductions.

The tax rules for doing this can be tricky. But you might work with a tax advisor to determine if there are opportunities to manage income and expenses.

In next week’s edition of Retirement Watch Weekly, I’ll share four more ways to reduce your taxes when converting your traditional IRA or 401(k) to a Roth IRA.