How to Keep Control During a Major Illness 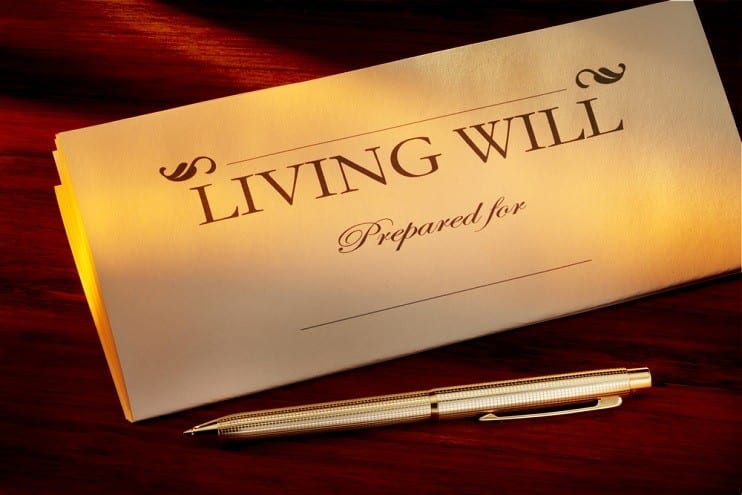 I have a friend who still is jealous of Malcolm Forbes. The owner and publisher of the magazine bearing his name died in his sleep of a heart attack, apparently never feeling any pain or knowing he was dying. Most people prefer that kind of death with dignity and say they definitely don’t want a lingering, painful death or a life prolonged by technology.

But it is not enough to periodically say to your children or spouse, “Don’t let me die like that”. There are legal steps to take. Unfortunately, studies show that even many of those who jump through the legal hoops don’t get their last wishes. That’s because the standard legal tools are inflexible, incomplete, and often ignored. Let me show you a better way to try to get your wishes fulfilled.

Most estate plans routinely contain a “Living Will”. Don’t confuse this with a living trust. A living will states the kind of medical care you are to get, or not get, in certain situations. The living will was developed as a way for people to ensure that they don’t spend their last days – or longer – hooked up to machines and feeding tubes when there is little or no hope of recovery. It states how you should be cared for during a critical or terminal illness.

Most states now have a standard living will form in their statutes. Lawyers, doctors, and hospitals all know about it and understand it.

So what’s the problem with living wills? Actually there are quite a few.

A living will doesn’t do any good unless the right people know about it. That means you have to prepare the document while you are healthy and get it distributed to all your doctors so it is in your medical records. You also should give it to family members to ensure that emergency room physicians are aware of it. Too often, the living will is sitting in a file with the regular will, and the medical professionals don’t know about it when they need to. Even when the living will is available, to protect themselves hospital personnel will ignore it if they have any doubt about its validity.

But that isn’t the biggest problems with a living will. The standard living wills tend to be vague documents that try to cover all situations in short, easy-to-understand sentences. The result is that many situations either aren’t covered at all, or reasonable people can disagree about what was intended. For example, a living will might say that in certain situations the only treatment should be for “comfort and care”. Obviously, that could include many types of care. Another example: doctors can disagree over when a patient is in a “persistent vegetative state” or an illness is terminal. At the other extreme, doctors sometimes interpret a living will as requiring the withholding of even measures to reduce pain. Some critics say that living wills are more for the protection of the physicians than for the patients.

A step above the living will is the “advance directive”. This is a more detailed document in which you define terms and state the kind of care you want in different situations. Putting together an advance directive requires a fair amount of research, thought, and work with your attorney. Your attorney might have a worksheet available to make the process faster and ensure you cover most issues.

But the advanced directive still might come up short. You have to be sure it is widely distributed so that it is available when decisions need to be made. You also have to be sure that it covers all the bases and doesn’t leave doctors and loved ones guessing what to do in some situations.

Even better is a health care power of attorney. This is a document that appoints one or more persons to make health care decisions when you are unable to. This surrogate has the power to access, review, and disclose your medical records; hire and fire doctors; consent to medical procedures, and sign consents and releases.

With a power of attorney, you don’t worry about whether a document covers all possible situations or whether your doctor understands how you would want to be treated. Instead, one or more people you know well will be able to confer with the doctor and make decisions for you based on all the circumstances.

A health care power of attorney works best when coupled with an advanced directive. The advanced directive will set out your views of the care you want and don’t want in key situations. The surrogate will follow the directive in situations when it applies and interpret your wishes in other cases.

Even the power of attorney is not perfect. You should appoint more than one surrogates because most people would prefer not to have the sole burden of these decisions, and you need to be sure that someone will be available when a decision needs to be made. As with a living will, you need to be sure that all state law requirements are met and that the document is distributed widely enough so that its existence will be known when decisions need to be made.