How to Keep More of your Social Security Benefits 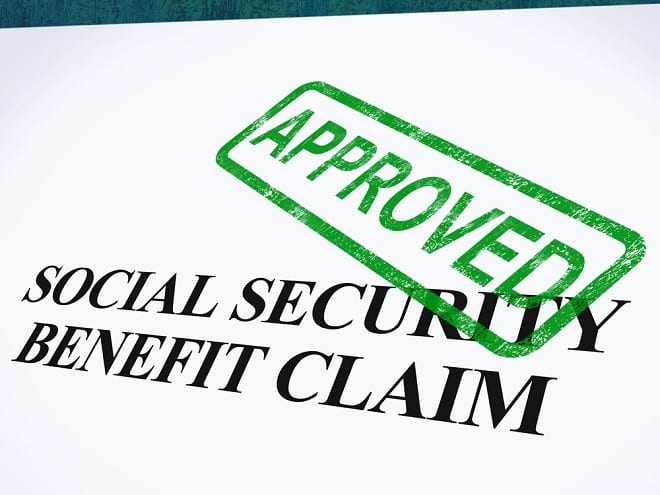 Earned income is income from working or self-employment, not investments or pensions.

The repeal of the earned income limit solves some problems. But your Social Security benefits still are hit by income taxes unless you take steps to reduce the tax.

The result is your marginal tax bracket (the tax on the last dollar earned) could be over 70%. For each additional dollar of income, you are taxed on that dollar and on either 50 cents or 85 cents of Social Security benefits. In the 39.6% bracket, another dollar of income means taxes on $1.85, for a tax of $0.73 on your dollar. That’s quite a change from when Social Security benefits were tax free.

This tax applies on any type of income. Sell some stocks or mutual funds or take a larger distribution from your IRA, and you could trigger higher taxes on your Social Security benefits.

Married couples filing jointly use the combined income to compute the tax. It doesn’t matter if only one spouse received the benefits while the other isn’t even eligible for benefits. It also doesn’t matter if the spouse receiving benefits has no other income. But don’t try to beat this tax by filing separately. You’ll make the tax higher, because married couples filing separately include 85% of benefits in income for every dollar of income above zero.

Defer income. If you earn more taxable income than you need to meet expenses, defer some income.

Income earned from employment or a business can be deferred through retirement plans or simple salary deferral agreements. You’ll need to get advice from a tax expert on how to structure a deferred salary contract that effectively defers income and protects you.

When mutual funds are paying distributions that you don’t need, consider shifting to funds with lower distributions, such as index funds or funds with historically low turnover.

Or you could shift from funds to a few stocks that you want to hold for the long-term.
You could change your investment mix. Switch from mainly income investments, such as bonds, into stocks that don’t pay dividends or mutual funds with low distributions.

You also might move investments into annuities or cash value life insurance. You can choose to lock the money in an annuity almost indefinitely, taking distributions only when you need the cash. Or you begin immediate fixed distributions. Part of each distribution will be considered a tax-free return of your initial investment.

Invest tax-free. You could convert a regular IRA into a Roth IRA. You’ll owe income taxes on the conversion as though you took a distribution of the converted amount this year. But all future income earned by the Roth IRA won’t be taxed, and you won’t owe any taxes on qualified distributions from the Roth.

Consider a conversion if you will leave the bulk of the money in the Roth IRA for at least 10 years. Another bonus: A Roth IRA is not subject to the required minimum annual distribution rules.
You also can shift some income investments to tax-exempt bonds. Taxes on Social Security benefits are based on modified adjusted gross income. One of the modifications is to add tax-exempt interest to your adjusted gross income. So you don’t eliminate taxes on Social Security income simply by shifting taxable bonds to tax-exempt bonds.

Even better, this is a good time to implement this strategy. In the 31% tax bracket the tax-exempt yield is equal to a 7.74% taxable yield. Tax-exempt bonds are very attractive to anyone in the 31% or higher tax bracket, and could even be appealing in the 28% bracket.

Shift income. When you receive more income than you need, combine income tax planning with estate planning. Give some assets to your children or grandchildren. Let the income be on their tax returns instead of yours. You’ll also have the property out of your estate, reducing estate taxes down the road. Give the money in ways that reduce or eliminate estate and gift taxes, such as in increments of $10,000 annually.

The main deductions to consider are capital losses and business losses. Late in the year, estimate your taxes for the year. When it appears that you will pay taxes on Social Security benefits, scour your taxable investment portfolio for holdings with paper losses. You can sell those assets and recognize the losses. To the extent that the capital losses exceed your capital gains for the year, you can deduct $3,000 of the losses against your other income and reduce your adjusted gross income. Losses above the $3,000 limit can be carried forward to future years.

You also can deduct losses from a business or from a hobby that you conduct as a business. For the hobby loss to be deductible, you must make a profit in any two of the last five consecutive years.
If you never make a profit, the loss still is deductible if you show that you genuinely to make a profit. That means keep good records, consult with experts, and generally run the operation in a professional manner.

If you have a profitable business, you might reduce the taxable income by starting another business that is closely related to it and throws off losses initially.

There are many ways available to reduce taxes on Social Security benefits. But you have to plan ahead. Change the nature of some of your income, defer it, shift it to another person, or generate some deductions. These steps will get you out of the 70% tax bracket.