How To Make The Most Of Your Tax Cuts 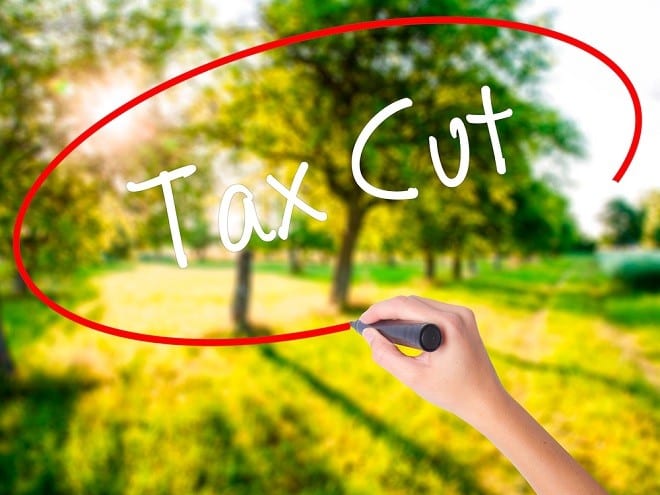 Another major tax cut rolled through Congress by the end of May, providing significant benefits to all investors. You might need to change some of your tax and investment strategies to reap the maximum benefits of the new law. There also are a few traps to avoid.

Let’s take a look at the basics of The Jobs and Growth Tax Relief Reconciliation Act of 2003. Then we’ll review what those provisions mean for your finances.

The tax rate on corporate stock dividends is reduced to 15% (5% for those in the 10% and 15% tax brackets). This is a substantial reduction from the previous top dividend tax rate of 38.6%. The new rates apply to dividends paid by U.S. corporations and by foreign corporations whose stocks trade on U.S. exchanges. The companies must have what the tax code calls “earnings and profits.” The lower rate applies to dividends paid on or after Jan. 1, 2003.

To qualify for the lower rate, Individual stocks must be held for more than 60 days during a 120-day period surrounding the ex-dividend date. A day doesn’t count when the investor has an option or short sale on the stock.

There also is some marriage penalty tax relief. The marriage penalty tax occurs because sometimes a married couple in which each spouse earns income pays more in taxes than they would pay as two single taxpayers. This penalty is eased somewhat by a making the standard deduction for married couples double that of the singles’ standard deduction. This is scheduled only for the years 2003 and 2004.

The bad news in the new law is that the alternative minimum tax is likely to snag even more taxpayers than in the past.

The AMT is an alternative flat tax system designed to keep the very wealthy from paying low or no taxes. Instead, it now snags many middle and upper-middle income taxpayers.

We’ve covered this stealth tax in detail in past visits, which are available on the web site Archive. Under the AMT, you lose many of your tax breaks when computing the AMT and pay the higher of the AMT and your regular income tax.

Unfortunately, the change doesn’t go far enough. Since you pay the higher of the AMT and the regular tax, when regular income taxes are reduced more taxpayers are going to be subject to the AMT and lose their tax breaks. Those with significant dividend income are likely to be affected.

The strategy is to forecast your regular income tax and AMT at mid-year and again in the fall. If you might lose tax breaks and fall under the AMT, you can defer some deductions, such as charitable contributions. You might be able to defer some types of income, such as IRA distributions or capital gains.

Not all dividends from mutual funds and money market funds are “dividends” for purposes of the lower rate. Only stock dividends that would qualify for the 15% rate if paid to an individual qualify for the 15% rate when passed through to a mutual fund shareholder. Many mutual funds pay “dividends” to shareholders that include interest income and short-term capital gains. Balanced funds, for example, own both stocks and bonds, so they earn both qualified dividends and interest.  Equity income funds often own some bonds or convertible bonds to boost their income. “Dividends” of interest and short-term capital gains will be taxed as ordinary income to fund shareholders.

Your mutual funds will account for the different distributions and report those eligible for the 15% rate separately on your form 1099. You might not know the true tax picture until after the year is over. This could be significant, since the 15% rate on qualified dividends is much lower than the 35% top rate on ordinary income.

In addition, under tax accounting rules fund expenses are subtracted from fund income before it is distributed to shareholders. The expenses will be deducted against tax-advantaged dividend income instead of against high-tax short-term capital gains or even taken out of principal. Therefore, high fund expenses will reduce the benefits of the lower dividend tax rate.

All of this will make it more difficult for mutual fund investors to compare the likely after-tax yields of different funds. After examining yields of different funds, the investor has to look into the portfolios and determine how much of the income comes from qualified dividend stocks, REITs, and bonds. Using that information, and hoping it remains consistent from year to year, the after-tax yields can be estimated.

How To Invest IRAs?

In our visits over the years, I’ve discussed strategies for dividing investments between taxable and tax deferred accounts, such as IRAs. The new law makes the conclusions of those discussions even stronger with one change.

Taxable accounts are best invested in vehicles that have their own tax shelter. These include mutual funds that usually don’t distribute short-term capital gains or non-qualified income. These usually are funds with low turnover and hold stocks for years. Also included in this tax shelter category are stocks and mutual funds that you will own for more than one year each.

The change is that stocks and mutual funds that pay high dividends used to be more appropriate for IRAs. Now, they have their own tax shelter so are better in the taxable accounts – provided they pay dividends that qualify for the 15% rate and don’t have a lot of short-term capital gains. You also should hold them for more than one year.

Of course, you don’t want taxes to determine your investment strategy. Determine the appropriate portfolio mix for you. Then, allocate it between IRAs and taxable accounts according to these guidelines to the extent that you can. If most of your money is in an IRA, don’t avoid long-term stock and fund holdings just because they are best held in a taxable account.

Some new strategies should be considered in light of the new law, and some old strategies need new thinking.

Accelerate income. Income tax rates are reduced retroactively to Jan. 1. There also is the possibility that another Congress will raise these rates or not extend them beyond 2009. If that is your concern, consider capturing the low rates now by accelerating income into this year and next. You could do this by increasing withdrawals from IRAs and annuities and by asking that deferred compensation payments be accelerated. Some people are thinking of selling long-term assets with substantial capital gains, believing that the low capital gains tax rate will be temporary.

Rethink charitable giving strategies. It has made a lot of sense to give appreciated stocks or mutual funds to charity to avoid taxes on the compounded gains. A related strategy is to put the securities into a charitable remainder trust. This generates higher lifetime income for you, a current tax deduction, and a future gift to charity.

With long-term capital gains rates reduced from 20% to 15%, the payoff from avoiding capital gains taxes is reduced but not eliminated. Also, with lower income tax rates the benefit of charitable contribution deductions is reduced. In some cases, these lower benefits might be great enough to discourage making the gifts. You need to use the new tax rates to compute the benefits before making a move. We’ll look at these strategies in more detail in coming issues.

The lower rates on capital gains and on dividends make the pay off on variable annuities take even longer. Also, it now looks like the best investment choices for variable annuities are high income funds such as REITs and high-yield bonds or funds with short-term gains. Even so, the returns must be high and the compounding period long to make up for the extra costs of the annuity.

Large mortgages less attractive. Lower tax rates mean lower benefits from tax deductions. You bear more of the cost of the mortgage yourself. Also, beware that the AMT doesn’t take away your mortgage deductions.

Review estimated taxes. Your quarterly payments are based on the old rules, and some of the changes are retroactive. Avoid overpaying by revising your payments for the rest of the year based on the new rules.