How to Maximize Insured Retirement Income with Annuities 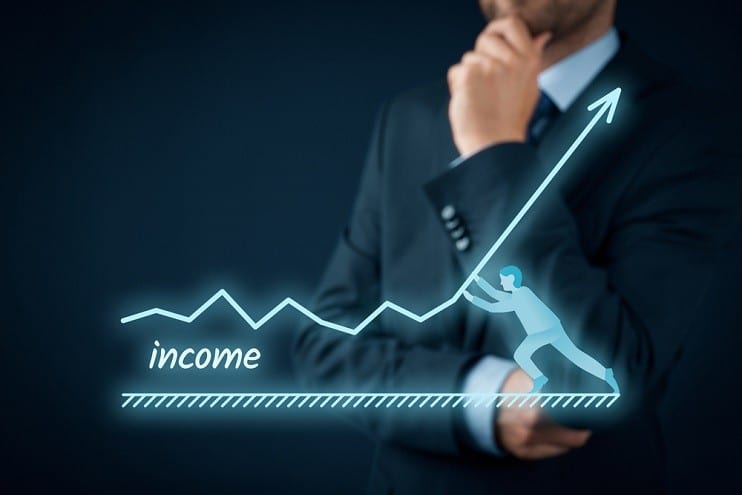 Most people want a steady, reliable income source in Retirement that they cannot outlive. But they also need for their income to grow, to maintain its purchasing power in the face of inflation. That’s a tough combination to get.

In last month’s visit we looked at immediate annuities and fixed, deferred annuities as a way to get steady reliable income you won’t outlive. I also suggested some ways to ensure that income keeps pace with inflation.

There’s another relatively new vehicle you should consider. Its goal is to provide you with a steady source of income that also maximizes your income. It is known as the immediate variable annuity.

You know about deferred variable annuities. In these, you invest money with an insurer and can direct how your account can be invested from among mutual fund-like investments offered by the insurer. All gains earned by the account are tax-deferred until withdrawn. I have analyzed variable annuities extensively in the past, and these articles are available in the archive on the web site.

A number of insurers offer variable immediate annuities. The initial temptation is to purchase the annuity that offers the highest initial monthly income. But that could be a mistake. You want to look at other features. The policies can be hard to compare because they offer different AIRs, guarantees, and flexibility. But look at all the terms and pick the one that seems to offer the best combination of features for your needs.

First look at total costs. The costs are subtracted from the investment returns. That means high costs will hold down the growth of your income in good markets and increase its decline in bad markets. The major costs are a general charge for insurance, mortality, and administrative expenses. In addition, there are expenses charged on the investment accounts. There also probably will be a surrender charge if you cancel the annuity within the first five to seven years.

Vanguard has the lowest costs, but it doesn’t offer a variable immediate annuity. Instead, you can buy its variable deferred annuity. Then at payout time you select a variable payout option instead of a fixed payout.

Then, look at surrender fees. Most annuities impose a surrender fee if you cancel within five to seven years. The Price annuity charges a 5% surrender fee the first year, and the fee declines by one percentage point for each of the next four years.

There are alternatives to the variable immediate annuity.

You can buy the traditional immediate annuity as discussed last month and supplement it with a portfolio of stocks and bonds. Or you can do all the investing yourself and take a distribution from this portfolio each year. The distribution amount can be adjusted to follow the investment returns of the portfolio.

A final option is an immediate annuity that grows by a stated amount each year, usually 4%. A few insurers such as Safeco and Lincoln National offer these “growing annuities.”

You have to decide which option gives you the best combination of secure income with the potential for growth.

There are two more caveats with the VIA. One is that the products are relatively new, so insurers don’t have a long track record with them. Another is that if all your money is in the VIA your ability to take a lump sum for emergency purchases is limited.

As with all annuities, income distributions from the VIA is ordinary. So you effectively convert capital gains from stocks into ordinary income. Also, an annuity is not for assets you want to leave to heirs.

A variable immediate annuity probably is best for people who might not have saved enough for retirement. They can buy a VIA that gives them some guaranteed floor on lifetime income that they cannot outlive, but it also has the potential for the income to grow if the investment selection do well.