How to Start The Tax Year Off Right 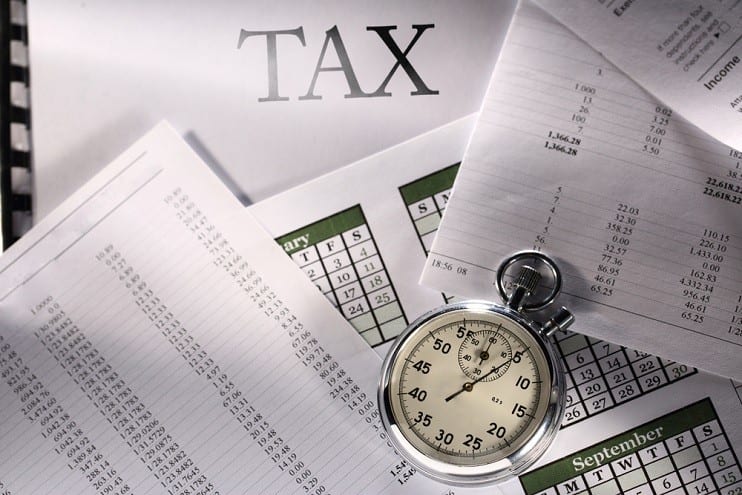 Income tax returns for 2002 will occupy some of your time in the next few months. My advice is to complete the return early, even if you let it sit and don’t mail it for a while. The 2002 return can be a tax planning tool for 2003. Many tax and economic changes make the practice more important this year. Here are the key items to review for 2003 before tucking away that 2002 return.

Check the AMT. This used to be a burden only for the very wealthy, but the alternative minimum tax is quickly snaring the middle class, especially older Americans. See the details in my June 2002 issue and in the web site archive. If you might be subject to the AMT in 2003, your tax planning completely changes. Use the strategies offered in that June 2002 visit.

Check the other stealth taxes. Become what Congress calls a “high income” taxpayer and you lose itemized deductions and personal exemptions. In 2003, married couples lose itemized deductions when AGI is above $139,500 and exemptions above $209,250. If AGI is near the threshold consider strategies to reduce AGI from the September 2001 issue or the Tax Archive on the web site. The best strategies are to increase capital loss or business loss deductions. If AGI is significantly above the threshold, be aware you get reduced tax benefits for deductions. You might want to reduce charitable contributions and other itemized expenses.

Plan for tax cuts. The 2001 tax cuts still are being phased in. Under that law, it pays to defer income until future years. That means don’t take optional IRA distributions or other income payments that exceed spending needs for the year. You’ll retain more income if it is recognized next year or even later. Deferring income will produce even more benefits if the tax cuts are accelerated or increased as is being discussed now.

Likewise, look for ways to take tax deductions this year instead of later. You might be able to bunch charitable contribution deductions into this year, for example.

Be careful, though, not to trigger the AMT or the other stealth taxes already discussed when you defer income and accelerate deductions.

Too much income? You might have taxable income that exceeds your spending needs. Believe it or not, that’s a problem, because unneeded income could compound to a greater amount if it weren’t taxed until needed.

This income might be generated by investments in bonds, certificates of deposit, or high yield stocks that generate taxable interest and dividend income. Mutual funds might make large taxable distributions or an investment strategy might result in realized capital gains.

Look for ways to defer this income so it can compound tax free. You don’t want taxes to dictate investment strategies, but use tax-wise investing whenever possible. Shift to mutual funds that historically make low distributions or even to index funds. Income-producing assets such as bonds can be shifted to tax-exempt bonds or even to deferred annuities.

Also, keep taxes in mind when considering fund sales. The trade must make sense after taxes. The new investment should be expected to perform better than the old investment, after taking into account taxes on the gains. For example, suppose you have a $1,000 investment that has $200 of short-term gains. In the 35% tax bracket, that means taxes of $70. You will have $930 after the sale, even if taxes are actually paid from another account. The new investment must earn over 7.5% just to bring you back to even. If the old investment did nothing and the new investment gained 7%, you lost money on an after-tax basis by making the switch. Or if the sale was made to avoid a decline, you must expect the investment to decline by more than 7% to justify the sale on an after-tax basis.

Take capital losses. As I’ve said in the past, most people don’t want to sell losing investments until they get back to even. A better approach is to sell the investment and put the proceeds into whatever asset has the best prospects now. The loss can reduce capital gains from other investments or be deducted against other income. Up to $3,000 of losses can be deducted against non-capital gains income each year, and unused capital losses are carried forward to future years.

Capital gains can be avoided if you donate the investment instead of writing a check. Donations of securities with long-term capital gains allow you to deduct the current fair market value of the investment. The charity sells it and spends the cash. That is better than selling, paying taxes on the gain, and donating or spending the after-tax amount. When donating used personal goods, such as cars, clothing, and furnishings, you also get to deduct the current fair market value of the items. Save your cash for investing and spending by making donations with property whenever possible. Property contributions require some extra paperwork. Check the IRS rules to make sure you get the right documentation. Details are in IRS Publication 526.

Review IRA management. I covered this in some detail in recent visits, especially last month’s. You should consider converting an ordinary IRA to a Roth IRA, increasing distributions from the IRA while the market is well below its highs, and adjusting the required minimum distributions for the new rules if you haven’t done that already.

Estate plan update. Changes in your personal or financial situation might trigger changes in your estate plan. Has your marital status changed? Are there new children or grandchildren? A change of address from one state to another means a new will is in order. A significant increase or decrease in your net worth should cause you to at least review the estate plan. If it has been more than two years since the estate plan was drafted, make an appointment with an estate planner to see if changes are in order.