How to Vary Spending During Retirement 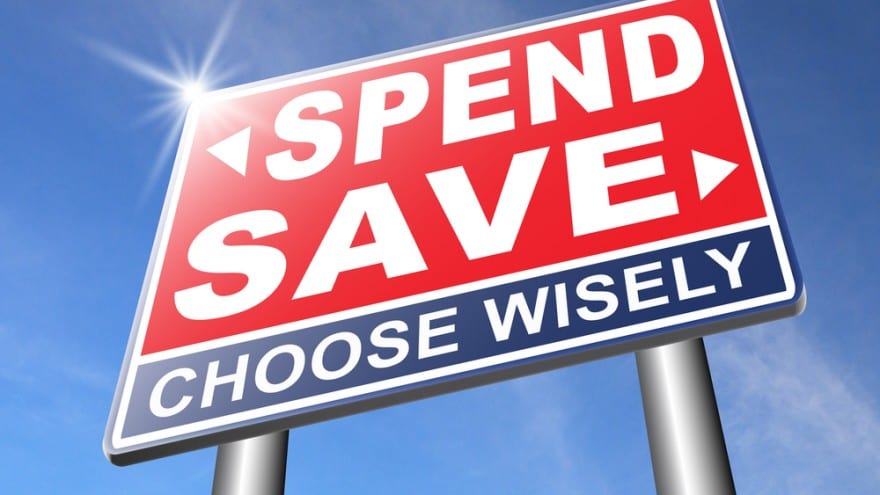 The traditional retirement plan projects that spending will rise steadily each year in line with inflation. That model does not work well for today’s retirees. When retirement lasts 20 or 30 years or longer, a more realistic model of spending and scheduled withdrawals is needed.

A retiree wants to avoid a spending and withdrawal schedule that depletes the retirement fund too quickly. This can happen if investment returns are below expectations or the retiree lives longer than estimated. Most retirees take this risk, because they underestimate longevity (a married couple should assume one spouse will live near age 100) and overestimate the safe withdrawal rate to be around 8% or more of the initial portfolio value.

There also is an opposite risk. A retiree with a strong fear of running out of money might live much more frugally than required. That would be great for heirs, because they will inherit a sizeable portfolio, but it reduces the retiree’s standard of living.

Unlike the projections in most models, retirement spending does not increase in a straight line. It varies over time. In addition, markets also do not move in a straight line. They are volatile and can have extended bear markets and bull markets. These fluctuations in the portfolio value should influence annual spending.

Over the years I have found two models that accommodate real-life retirement spending and portfolio fluctuations. They are more realistic than the straight-line models generally in use.

One model is to adapt the spending formula used by the Yale University endowment.

The first step is to set the withdrawal percentage for the first year of retirement. Most studies conclude that the maximum safe rate is just over 4% of the portfolio’s value. After the first year, the distribution is determined by using two separate formulas. The first formula is last year’s distribution plus the inflation rate for the last year. Multiply that amount by 70%.

The second formula is your initial withdrawal rate multiplied by the fund’s value at the start of the second year. Multiply that result by 30%.

Add the two results together to get the distribution for the year.

The other model is based on the spending cycles that occur during retirement.

Spending varies by age. Even after retirement there are several cycles. For most people, annual spending peaks around age 50 and then steadily declines, according to the Department of Labor’s Consumer Expenditures in 2003.

There are additional fluctuations after 50. For many people, there is a bump in spending immediately after retirement. There is a burst of spending on pent-up demands such as travel and recreation. After age 75, spending declines somewhat rapidly.

Retirees can plan for a three-stage spending cycle.

The first cycle can be referred to as the honeymoon period of the first few years. This is when the retiree has pent-up demands and also is relatively young and healthy. After that period, the lifestyle becomes more normal and regular. Spending settles at a level that is lower than during the initial years of retirement.

Sometime after age 75, spending is likely to downshift again. The Department of Labor study indicates that spending by those over age 75 is 25% or more below that of younger retirees. People simply become less active at some point, even when they are healthy.

There might be a fourth spending stage in which major medical expenses or long-term care expenses are incurred. Often when this occurs other living expenses decline. The total expenses incurred by the retiree during that period depend on the extent of insurance coverage.

Under this model, a retiree plans to spend more in the first years of retirement. Perhaps spending could rise to as much as the 8% of the portfolio that many pre-retirees say they are planning. After a few years, the plan has a spending decline, following by another decline in later years.

A variation of the spending cycle approach is to divide your retirement portfolio into two portions. One portion is 85% of the portfolio. You spend plan this amount in roughly equal installments until age 85. If you retire at 65, you can spend one twentieth the first year, one nineteenth the second year, and so on.

In the meantime, the other 15% is invested in a portfolio designed to grow in value over the 20 years. At age 85, if you are still alive, this second portfolio can be spent or used to purchase an annuity.

Either of these variable spending models recognizes that most retirees have flexibility in their budgets. A number of expenses can be deferred or eliminated, such as travel, auto purchases, and home repairs or remodeling. Other expenses can be increased or reduced from year to year, including dining out and entertainment.

Retirees should plan on flexibility in their spending. Adjust expenditures for inflation, portfolio volatility, health, and other factors. Varying spending and withdrawals from the portfolio increase the probability of having financial security through retirement and leaving an inheritance for heirs.

December 2021:
Congress Comes for your Retirement Money
A devastating new law has just been enacted, with serious consequences for anyone holding an IRA, pension, or 401(k). Fortunately, there are still steps you can take to sidestep Congress, starting with this ONE SIMPLE MOVE.

Quick Links
Articles Trending Now
December 2021:
Congress Comes for your Retirement Money
A devastating new law has just been enacted, with serious consequences for anyone holding an IRA, pension, or 401(k). Fortunately, there are still steps you can take to sidestep Congress, starting with this ONE SIMPLE MOVE.
CLICK HERE FOR THE BREAKING STORY
X