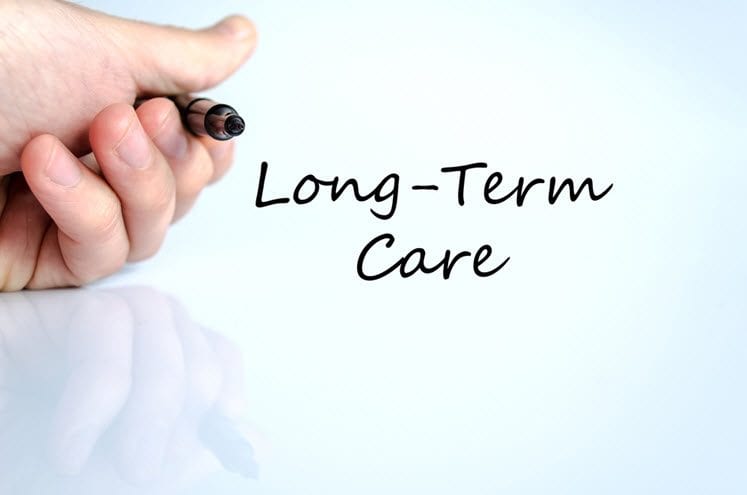 The possible need for long-term care is one of the greatest concerns of American adults. Recent data indicate the concern is well-placed.

Baby Boomers are forecast to need long-term care at a greater rate than their predecessors because of longer life expectancies and improvements in medical care. One federal report estimated that 13 million Americans needed long-term care in 2000 and 27 million will in 2050. About 18% of Boomers will develop Alzheimer’s disease, according to the Alzheimer’s Association.

On average a 65-year-old couple will spend $85,000 on long-term care during their lifetimes, according to a recent study done for Fidelity Investments. This expenditure is in addition to the $225,000 lifetime post-retirement medical expenses estimated in a study released by Fidelity earlier in 2008.

One can quibble with the numbers. After all, Fidelity is in the business of encouraging people to save by pouring money into mutual funds. Also, the numbers are based on estimates. The amounts also are averages. Many people will spend less, but some will pay much more.

More and more people are responding by purchasing long-term care insurance. There was a 295% increase in policies in force from 1996 to 2006. Businesses are offering group long-term care policies, but only about 15% of premiums earned are through group policies.

The key decision about potential long-term health care costs for individuals is how much of the costs to self-insure and how much to cover through an insurance policy. A secondary question, which often influences the first one, is which terms to include in the insurance policy. Finally, a person must decide the age at which to purchase a policy.

Wealthy people probably do not need to buy long-term care insurance. They can self-insure for long-term care expenses. The trick is determining at which level of wealth it is safe to self-insure. It once was common to conclude that someone with a net worth of $3 million to $5 million or higher should self-insure. But with the cost of long-term care climbing more rapidly than most people’s wealth, that might not be a safe bet. Suppose the current annual cost of care is $100,000, and the cost is rising at 7% annually or higher. If the care is needed in 15 or 20 years, a couple of years of care would cost a meaningful amount of money even for a multi-millionaire.

Most people who purchase policies seem to be going for gold-plated or benefit-rich policies. For example, of the policies sold in 2007, 83% had a 90-100 day elimination period and 55% had benefit periods of five years or longer.

These are expensive policies and shift most of the risk to the insurers. Premiums can be reduced by reducing the benefits, essentially increasing the level of self-insurance. A combination of some self-insurance and an insurance policy reduces premiums.

Daily benefit. Another way to partially self-insure is to plan to pay part of the daily cost of care instead of having the policy pay the full cost. If the current daily rate in the insured’s area is $100, the insured might select a policy that pays $80 daily and plan to pay $20 personally.

The daily rate charged for long-term care covers only the basic services. Most people who need long-term care incur other charges that equal about 20% of the basic rate, such as prescription drugs and rehabilitation. These costs should be included when determining the daily rate to choose in the policy.

Maximum term. The most expensive policies pay for lifetime care, but few people need long-term care for extended periods. Premiums are reduced if a lower maximum benefit period of two to five years is selected and the insured takes the risk longer-term care will be needed.

Inflation protection. Long-term care costs rise faster than the rate of the Consumer Price Index. The most reliable way to reduce the risk of inflation eating away at a policy’s benefits is to choose the option for up to a 5% compounded annual coverage increase. That also is expensive. An alternative is to buy a policy that fully covers long-term care at today’s prices (or even a higher daily rate) and decide to self-insure for all inflation increases or those that exceed the less expensive inflation protection options. Keep in mind that inflation compounded over 10 to 20 years will be a substantial amount.

I used to recommend waiting, because long-term care policies were changing rapidly. Now, the industry is fairly standardized, and three or four insurers issue most of the policies.

The advantage of waiting to buy a policy is that there will be fewer years of paying premiums before the benefits are likely to be claimed. An advantage of buying relatively young is that annual premiums will be lower. The annual premium can rise rapidly when one waits to buy a policy. More importantly, waiting increases the risk of being denied a policy for health reasons. The rejection rate varies among insurers. From 20% to 33% of applicants aged 60 to 69 were turned down for long-term care insurance by 10 insurers in 2007, according to the American Association for Long-Term Care Insurance. Only 14% of individuals aged 50 to 59 were denied coverage. Also, insurers appear to be tightening their standards. Only 10.7% of applicants in the lower age group were denied coverage in 2005.

Most people should consider buying long-term care insurance before retirement, probably sometime in their 50s if possible. Policy terms can be adjusted to find the right balance of insurance and self-insurance.