Is Premium Term Life Insurance Worth the Cost? 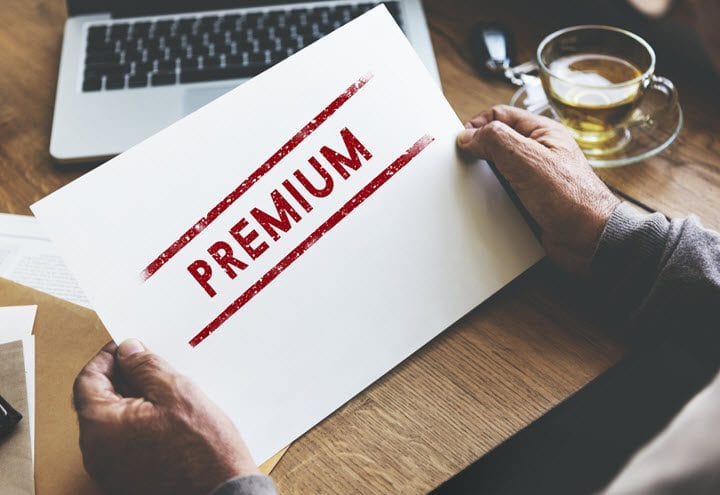 Life insurance companies developed many bells and whistles to make their products more attractive to buyers. The buyers have to determine if these features are worth their additional cost.

One frequent objection from potential purchasers of term life insurance is that the coverage might not be used. The policy owner could pay premiums for decades, and the policy would expire without ever paying benefits. Many people believe the premiums would be wasted.

To entice these consumers, insurers developed what is generically called return of premium life insurance. The details vary among insurers but the basic feature of the policies is that if the insured lives beyond the term life period all or part of the premiums paid will be returned.

Of course, such a feature is not free. ROP policies charge higher premiums than straight term life policies. Here’s a recent analysis of a policy by Bob Gertie of Advisor Insurance Resource, a firm that provides insurance information to fee-only financial planners.

Prudential Life Insurance has both traditional level premium term policies and those with the ROP feature. Gertie found that for the traditional policy Prudential charged a premium of $1,465 annually for a $500,000 policy and $4,014 annually to the same consumer for the ROP feature. Over the 20-year term of the policy the premiums would total $29,300 for the traditional policy and $80,280 for the ROP policy. If no claim is paid on the ROP after 20 years, the entire $80,280 would be returned.

Does it make sense to “lend” the insurer the premiums for 20 years? Gertie assumed the insured purchased the standard term policy and invested the $2,549 annual premium difference to earn 5% after taxes compounded annually. After 20 years that investment fund would total $88,499. That is $8,219 more than would be returned under the ROP policy.

In fact, to essentially create a ROP policy the insured of the traditional policy would have to invest only $1,991 annually earning 5% after taxes. Because the traditional policy premiums are lower than the ROP premiums less needs to be invested to effectively have all the premiums returned, or a lower rate of return is needed on the investments.

An enhancement such as return of premiums costs money. The insurer essentially is investing money for the policyholder and subtracting a profit margin from it. While ROP seems comforting, it generally is not wise financially. Someone with discipline comes out ahead by purchasing a standard term life insurance policy and investing the premium difference. The investments do not have to be particularly aggressive or high returning for the insured to come out ahead by creating his or her own ROP equivalent. ROP can make sense if the insured needs the forced savings of paying the higher premiums to the insurer or if the insured is unable to invest to earn a high enough rate of return.