Five Proven Ways to Reduce the Mortgage on your IRA 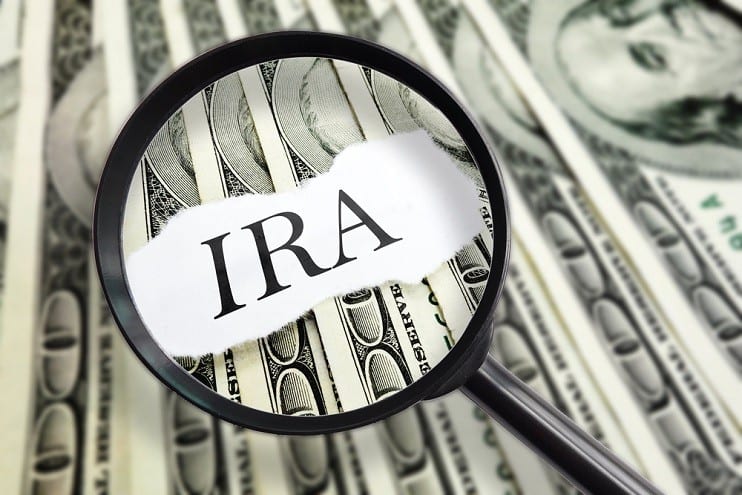 Most people who are busy accumulating large balances in their IRAs and 401(k)s forget that the IRS holds a mortgage on those accounts. You put pre-tax dollars in the accounts and let income and gains compound tax deferred. But that balance in the IRA is not all yours. The price for those tax breaks is that all distributions are taxed as ordinary income during retirement.

The tax burden can be viewed as a mortgage that the IRS holds on your IRA. It lent you the tax money with the tax deferrals during the accumulation years. When the distribution years come, the IRS wants that loan repaid. It will take a piece of each distribution. If your state has an income tax, it made the same loan and also wants to be repaid from distributions. At current rates, the IRS could take 35% of your IRA, and your state could take an additional share. For most people about a quarter to two thirds of the IRA will be lost to taxes. The after-tax balance of their IRAs is 75% to 66% of the current value.

Fortunately, the IRS’ mortgage on your IRA is not fixed rate. There are strategies that can reduce the amount of the IRA mortgage that has to be repaid. Think of these as ways to refinance your IRA. The more wealth you have both in and out of the IRA, the more flexibility you have. Consider these strategies and choose one or more that fit your situation and allow you to slash the IRA mortgage.

When heirs inherit an IRA, the IRA is included in the estate of the owner and possibly subjected to estate taxes. Then, each distribution the heirs take is taxed as ordinary income to them. The heirs often don’t end up with much of the IRA after taxes.

If a charity inherits the IRA, there are no estate taxes, and the charity pays no income taxes on distributions. Your heirs can inherit other assets held outside qualified retirement accounts. They get to increase the tax basis of the assets to their current fair market value. The assets could be sold immediately with no income taxes (though there still might be estate taxes on them).

When there is a choice, it often is best to make charitable gifts in an estate through IRAs and leave other assets to heirs. (Currently, there is no benefit to making lifetime charitable gifts using an IRA. You have to take a distribution, include it in gross income, and take a deduction for the gift. But there are proposals in Congress to change this.)

Roth conversion. We covered conversions of traditional IRAs to Roth IRAs in past visits. This strategy can be a good way to reduce the mortgage on an IRA.

A traditional IRA can be converted to a Roth IRA when the owner’s adjusted gross income is no more than $100,000 for the year. The price of conversion is that income taxes must be paid as though the converted amount were distributed. You pay income taxes now instead of later, and future income and gains avoid all income taxes.

It can make a lot of sense to pay the taxes now when there will be 10 years or so of compounding to make up for the taxes. A converted Roth IRA also avoids required minimum distributions during the owner’s lifetime.

Owners of large IRAs should look for opportunities to convert. When your regular income exceeds the $100,000 level, there still might be times when a conversion is possible. If the cost of a conversion is daunting, there also might be ways to reduce the cost.

If large deductible business losses are incurred one year, that year can be an ideal time to convert. The losses might bring the adjusted gross income below the $100,000 limit. Losses also can be used to offset the conversion amount that must be included in income, reducing the cost of the conversion. Another good time to convert is when the owner is pushed into a lower tax bracket by losses or an income reduction.

In past visits we’ve covered strategies to reduce the cost of a conversion or to make it more beneficial. For example, an IRA can be converted to a Roth over several years instead of in one year. That spreads out the tax bill and might reduce the total tax cost. Check the Archive on the web site for these and other strategies.

Empty it early. You have been educated over the years to let tax deferral work for as long as possible. That is not always the best strategy.

The owner of a regular IRA must take required minimum distributions after age 70½. As the owner ages, the distributions increase. When the IRA is large, especially if the owner has significant other assets or income, the distributions will far exceed the owner’s spending needs. The owner will be paying larger and larger income tax bills on income he doesn’t need. The IRA in this case is intended as an emergency account and something to pass on to heirs, but after taxes the heirs will get a disappointing percentage of the IRA.

It is better in this situation to take money out of the IRA before it is needed, pay the taxes, and invest the after-tax amount. Then, there are several options that would reduce lifetime taxes below what they would be if the money were kept in the IRA.

The after-tax amount can be invested in taxable accounts for long-term capita gains. Taxes would be due only after assets were sold at a gain, or mutual funds made distributions. At current rates, long-term gains would be taxed at a maximum 15% instead of ordinary rates.

Another option is to give the distributions to relatives to use or invest. Instead of holding the IRA until heirs inherit it, give the money now. Heirs in lower tax brackets might be able to invest it at a lower tax rate than yours. Or they can spend it on things they need now.

Many IRA owners view their IRAs as emergency accounts or inheritances for their heirs. They have sufficient income from other sources that they do not plan to tap the IRAs during their lifetimes. People in this situation should consider emptying their IRAs early. The earlier the IRA is emptied, the better. You want as much future income out of the IRA and its high taxes as possible.

Annuitize. An IRA can be used to purchase an immediate annuity. The annuity makes fixed payments each year that are distributed to the owner. An annuitized IRA avoids minimum distribution rules, because it already is being distributed over the owner’s lifetime. The distributions will be fully taxable.

Annuitizing the IRA gives you the certainty of income for life and avoids higher taxes and distributions as you age. The downside is that there is nothing for your heirs under most annuity options.

Segregate IRAs. Many people would benefit from more than one or these strategies. Others could benefit from using a strategy with part of their IRAs, but need the rest of the IRA for living expenses.

In these cases, it makes sense to divide an IRA into several IRAs. That makes it easy to keep track of your goals. Instead of tracking different amounts within one IRA, track different IRAs.

For example, you might plan to leave $50,000 to charity through your estate and are convinced an IRA is the best way to give. But you will need the rest of the IRA for living expenses and to leave to heirs. Rollover $50,000 of your current IRA into a new one (you might need a new custodian; some will not open more than one IRA for the same owner), and name the charity as beneficiary. You always can tap that IRA during your lifetime if the income is needed. Maintain the rest of your IRA money in the current IRA, and name loved ones as beneficiaries of that IRA.