Separating the Myths and Facts of Long-Term Care 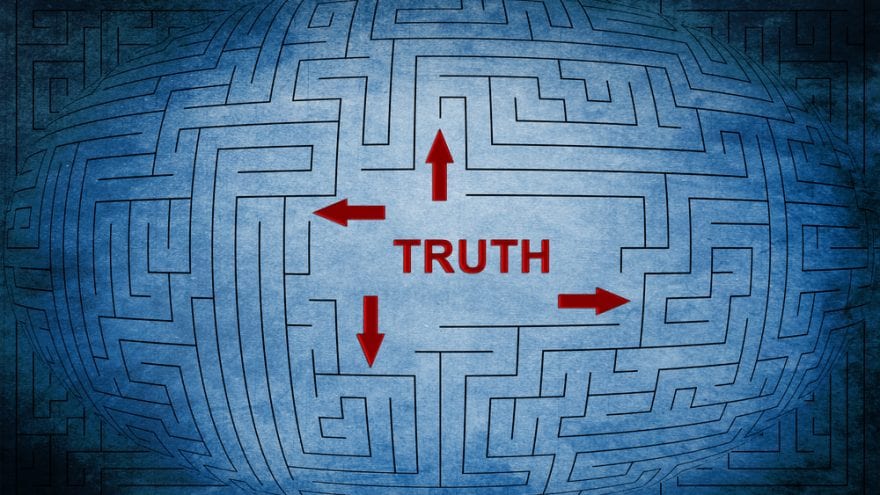 Long-term care is a great American paradox. On the one hand, most people don’t want to talk about it. A recent survey found that 25% of adults would rather go to the dentist than discuss LTC. Fewer than 30% of adults have had a conversation about long-term care planning. Yet, paying for LTC and the financial cost of long-term care are the greatest financial concerns of Americans. Perhaps that’s because they don’t talk about LTC, so they misunderstand it.

Few topics generate more confusion and misinterpretation. The discussions that do occur about LTC tend to be filled with misleading statistics and information.

The U.S. government says that 70% of those now age 65 or older will need long-term care in their lifetimes. That number is used to make the case that everyone should own long-term care insurance (LTCI). But a closer look at the data indicates that only 19% of men and 31% of women should purchase LTCI, according to a recent study from the Center for Retirement Research at Boston College.

Both sets of statistics are misleading.

LTC encompasses a wide range of care, from a few days of rehabilitation after surgery to many years of custodial care in a nursing home. It includes home-based care, residence in an assisted living facility and more.

Within that wide scope, it is no surprise that most of those 65 and older will need some LTC at some point. But you don’t need LTCI to pay for most of it. Medicare, for example, pays for nursing home stays of 100 days or less that follow hospital stays of more than three consecutive days. That covers the nursing home stays of 50% of men and 40% of women, according to the CRR study.

Men on average who enter nursing homes spend a year or less there, while women on average spend about 16 months, according to the CRR study.

Yet, nursing home stays are a minority of LTC. The CRR study doesn’t address other types of LTC, such as home care and assisted living stays. These comprise more and more of LTC and can be needed for a long time.

Also, any amount of LTC is expensive. In many localities, one year in a nursing home can cost $200,000 and more. Home care and assisted living stays are less expensive, but still cost a significant amount.

Planning for LTC should be part of every retirement plan. You want to plan for LTC to avoid becoming a burden on your family, to protect the assets of you and your family, and to avoid dependence.

LTC planning is more than LTCI. You need to examine all the options: Medicare, Medicaid, personal assets, LTCI, permanent life insurance, and combination or hybrid policies (annuities or life insurance with LTC riders). Choose the mix that works best for you.

Family members are another option, though many people rely too much on family members in their plans. You have to consider whether family members have the time, live close enough to you, and have the needed skills. It’s helpful and cost effective when a family member can spend a few days a week cleaning, cooking, and chauffeuring so that a home worker isn’t hired those days. But it might not be realistic if you need a higher level of care or time, distance, and other obligations limit the availability of family members.

Medicare covers only the relatively short-term stays discussed above.

Many people assume Medicaid will pay for their LTC, and the CRR study suggests many people should rely on Medicaid. But you have to qualify as impoverished for Medicaid to cover your LTC. That means you have to give away most of your assets at least five years before you need care or spend them on LTC before Medicaid kicks in. Also, after someone passes away following Medicaid-covered LTC, the states are required to seek reimbursement from their estates and families. Plus, Medicaid makes low reimbursements to LTC providers, so you’re likely to receive lower quality care if you rely on Medicaid.

Those with substantial net worths (say, $8 million or more, depending on where you live) can consider using permanent life insurance. Your personal liquid assets are substantial enough to pay for LTC as needed and also maintain the lifestyles of your spouse and other dependents. After you pass away, the life insurance replenishes the estate. The life insurance will be less expensive than LTCI and eventually will pay benefits. You also could forego the life insurance if you aren’t concerned about the LTC expense depleting your estate and reducing your legacy.

People generally misunderstand LTCI. About 56% of adult Americans believe that a healthy 55-year-old couple will pay premiums of $7,000 annually. The actual cost is about $2,700 annually. That’s not cheap, but it’s much lower than what people believe and is about what many families pay for cable television and cell phones.

In addition, you can customize LTCI to meet your needs and budget. This isn’t the time to dive into the details, but I’ve discussed this in Retirement Watch in the past.

Many people also don’t buy LTCI because they think claims aren’t likely to be paid. I’ve looked into this in the past and believe that fear is exaggerated, especially if you buy LTCI from one of the major insurers and know the terms of your policy.

People who wait too long to shop for LTCI or have the wrong health history might be declined coverage or be offered coverage with high premiums. Others don’t like the use-it-or-lose-it aspect of LTCI. For them, and for people who have other reasons not to buy LTCI, there are the combination or hybrid policies.

You or your heirs eventually will benefit from a combo policy. If you never need LTC, the annuity or life insurance goes to beneficiaries. The combo policies, especially the annuities, can have less rigorous medical qualification than regular LTCI. It might be the only way some people can receive coverage.

But combo policies can be complicated and expensive. The quality and coverage varies greatly among insurers. You easily could pay more money for less robust coverage. That’s why I believe there are only a few combo policies people should consider. You need to work with an insurance expert who in turn works with a number of insurance companies and stays current on what’s available. I recommend that my readers talk to David or Todd Phillips at Phillips Financial Services 888-892-1102. David handles primarily life insurance while Todd is the annuity expert.

Finally, you have personal assets. A goal of many people is to preserve as much of their estates as possible for loved ones. But you probably have to spend some assets on LTC. Insurance will have premiums, deductibles and coverage gaps. You’ll need to self-insure for some of your LTC expenses. You need to decide how much of the estate you are comfortable paying for LTC needs and have insurance or other strategies in place to cover the rest.

Don’t be like most people and avoid planning for LTC. The longer you wait to plan for LTC expenses, the fewer options you have and the more insurance will cost you. The earlier you plan, the more options and flexibility you have. It’s important to work with financial professionals who are well-versed in LTC planning and not with someone who has a one-solution-for-all approach or who works only with one tool in the toolbox.