Social Security and Medicare: What Lies Ahead? 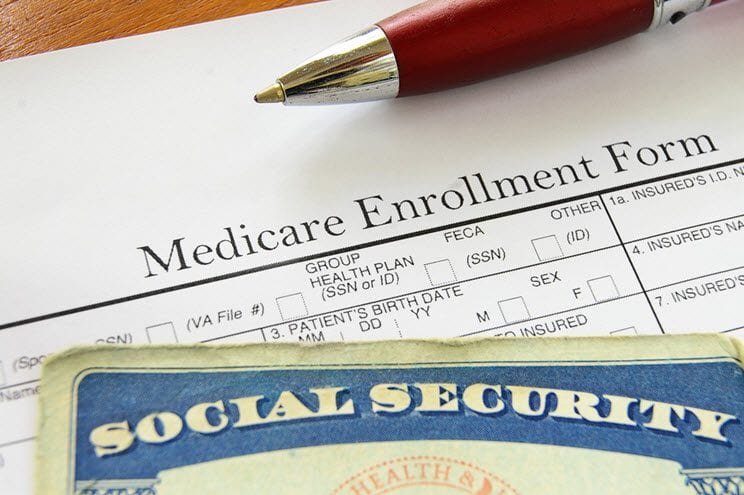 The trustees of the Social Security and Medicare Trust Funds issued their annual report recently, and as usual it was dismal. Yet, buried within the report is some reasonably good news for those who want to see it. That news also is important to those who are planning their retirement income over the next few decades.

Though Social Security gets most of the attention, Medicare is in much worse shape. This year the Medicare fund will pay out more in benefits than it receives in payroll taxes and other revenue. This annual deficit will grow over time and absorb all of the program’s reserves in 2019 under current projections.

Social Security still is taking in more money through payroll taxes than it pays out. That will continue until about 2017. The reserve will be exhausted in 2041.

The trustees estimate that Social Security could be brought into balance over 75 years with some combination of an immediate increase of 16% in the payroll taxes or a 13% reduction in benefits. Greater changes are required to ensure sustainability of the program beyond 75 years. For Medicare some immediate combination of a 122% increase in the payroll tax and 51% reduction in outlays is needed to make the program sustainable over 75 years.

The Medicare projections are for Part A. The trustees point out that Part B and the new Part D prescription drug program are expected to be adequately funded indefinitely. That is because current law requires premium increases and funding from general revenues to equal expected costs each year. The bad news for those programs is that their expenses amounted to 1.3% of GDP in 2006 but will grow to 4.7% of GDP in 2081. There will be related increases in beneficiary premiums during that time.

All this is rather daunting for government officials, taxpayers, and program beneficiaries. But, as I said, there is some good news.

The first bit of good news is that the “days of reckoning” are farther away than they were a year ago and even farther than five years ago. The trustees use fairly conservative assumptions to make the projections. In recent years, results have been better than assumed. Inflation is lower, and economic growth is stronger. (The bad news from the programs’ standpoint is that people are living longer.) The program will be in better shape than projections as long as the projections are more pessimistic than real world results.

More developments along this line could put the systems in better shape over the years. Another factor that could help the programs is increased immigration. More workers mean more taxes than projected flowing into the programs. Later retirements and delayed receipt of Social Security benefits also would be helpful.

Other good news for most people is that tax revenues into Social Security will finance about 75% of scheduled benefits in 2041 and later. For Medicare, revenues will pay 79% of annual benefits after 2019. That means the programs can last indefinitely if layouts are trimmed to 75% and 79% of current levels. This can be accomplished through means-testing, such as denying benefits or imposing higher costs on upper income beneficiaries. Also, overall benefits could be trimmed a bit. For example, the annual increases in Social Security benefits could be reduced to something less than the Consumer Price Index. Medicare might reduce long-term costs by covering more preventive tests and care.

Future retirees, especially those with higher incomes, should factor in the possibility of means-testing and reduced benefits.

The trustees lament the lack of action toward addressing the deficits. They point out that the longer Congress waits to take action the greater will be the required changes.

☎ 1-800-552-1152
January 2021:
Congress Comes for your Retirement Money
A devastating new law has just been enacted, with serious consequences for anyone holding an IRA, pension, or 401(k). Fortunately, there are still steps you can take to sidestep Congress, starting with this ONE SIMPLE MOVE.