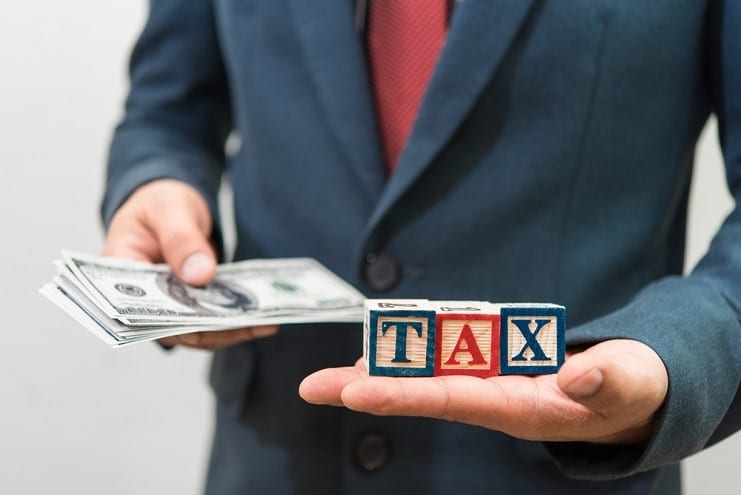 This year for the first time Renee and I were hit by the alternative minimum tax. A large capital gain, over which we had no control, triggered this tax and increased our bill. Many of you recently had the same experience, and many others will in the next few years. More people will pay this stealth tax, and a disproportionate number of them will be retirees.

The alternative minimum tax, or AMT, was meant to apply only to very wealthy people who used a lot of strategies to bring their tax bills close to zero. The AMT, however, was never adjusted for inflation or rising income. That’s why it now is snaring many who are not wealthy and who still would pay a lot of taxes under the regular tax.

Factors largely out of your control can trigger the AMT. Earn a nice income and own a home in a high tax state and you might pay the tax intended for the Rockefellers. You can lose the 20% top tax rate on long-term capital gains, personal and dependent exemptions, and state income tax deductions. Also chopped will be part of the tax benefit of charitable contributions, some medical expense deductions, and deductions for miscellaneous itemized expenses such as tax preparation fees and investment management fees. Virtually no tax credits are allowed under the AMT.

You are supposed to compute your regular tax and also the AMT. Then you pay the higher tax. Tax preparation software automatically computes both taxes and tells you which to pay.

The AMT essentially is a flat tax with a rate of 26% on the first $175,000 of income and 28% on higher income. You aren’t allowed most of your deductions. For most taxpayers only mortgage interest and charitable contributions are deducted under the AMT. Medical expenses must exceed 10% of adjusted gross income to be deductible under the AMT.

The AMT exempts part of your income. Unfortunately, the exemption hasn’t kept pace with inflation or income growth. After a great deal of noise, Congress provided partial AMT relief in 2001. The exemption was raised from $45,000 to $49,000 on joint returns and from $33,750 to $35,750 on single returns. These higher exemptions are modest and expire in 2004.

The AMT isn’t going away. Because of the way Congress does forecasts in the budget process, it would have to cut too much spending to eliminate the AMT.

Retirees are especially susceptible to a sneak attack from the AMT. You probably will receive less taxable income in retirement. Yet, most of your deductions will remain the same. Your real estate taxes and mortgage interest won’t change just because you retired. Investment adviser fees and other miscellaneous itemized expenses probably will be stable. Your state income taxes will decline a bit, while your charitable contributions probably will stay the same.

Even worse, you might have purchased a second home. That increases your real estate taxes and puts you at greater risk of paying the AMT.

Most retirees believe that tax-exempt bonds are exempt from income taxes. They’re wrong. A number of exempt bonds fund “private activities.” Interest from these is tax-free under the regular tax but is taxed under the AMT.

You also are likely to have more capital gains from the sale of investments during retirement than your working years. These increased capital gains put you at risk for triggering the AMT.

The result for too many retirees is that income declines while tax deductions don’t shrink and might increase. That combination triggers the AMT. If the AMT is triggered, your income declines but your taxes increase.

You can beat the AMT with planning. To effectively avoid the AMT, several years must be planned at one time. The simple rule is to match income and expenses. Try to move expenses into a year with higher than usual income or move income into a year with extra tax breaks.

Some people conclude that they cannot beat the AMT every year. They decide to pay the AMT once every two or three years. They look to maximize income in an AMT year, knowing it will face a maximum tax of 28% and defer some deductions to other years when they aren’t likely to be disallowed by the AMT.

You need professional advice to effectively beat the AMT. Here are some specific strategies to consider with your adviser.

Accelerate income. Bringing extra income into one year could raise your regular income tax and knock you out of the AMT. That would ensure fewer of your deductions would be disallowed. Or if you cannot avoid the AMT, having income taxed that year ensures a marginal tax rate no higher than 28%. The income might avoid a higher marginal tax rate in a future year.

There is a potential trap to this strategy. The income exemption under the AMT is phased out at higher incomes. The phaseout occurs between $150,000 and $346,000 on joint returns ($112,400 and $255,500 on single returns). Within the phaseout range you lose 25 cents of the exemption for each additional dollar of income. That converts the 28% AMT rate into a marginal tax rate of 35% on each additional dollar of income.

Plan state tax payments. Most taxpayers can control when at least some of their state taxes are paid. For example, the final payment of 2002 estimated income taxes might not be due until January 2003. There is nothing to stop you, however, from writing a check in December 2002. You might be able to do the same with real estate and personal property taxes. Use this flexibility to bunch your state tax payments in a year with higher income. In some cases, it might even make sense to pay a penalty for late state tax payments in order to get the deductions in the right year to minimize the AMT.

Watch stock options. If you have incentive stock options, talk with an experienced tax advisor before exercising them. You might trigger the AMT. Even worse, if you hold on to the stock you could owe taxes based on its value on the exercise date, even if the stock price has since declined. Many technology company employees recently owed taxes on such phantom wealth.

Many taxpayers, especially those in or near retirement, will get to know their tax advisors better than they have in the past. Otherwise, they risk getting surprised by the AMT and paying more in taxes than they would have faced in accountant’s fees.