Tax Reform and Your Retirement Finances 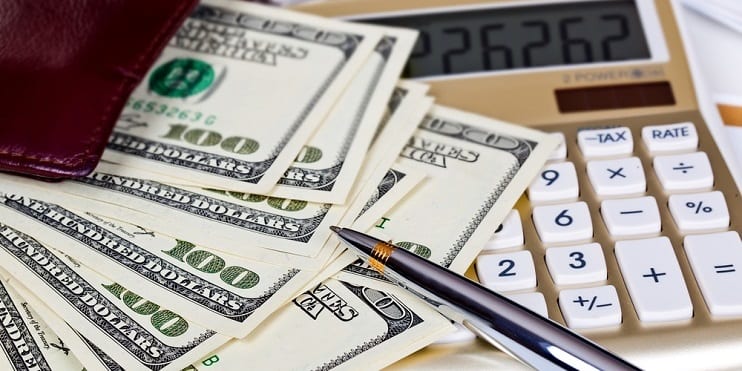 The Tax Cuts and Jobs Act of 2017 has made it through Congress and soon will be signed into law by President Trump.

There’s a lot of detail in the new law. It’s the most comprehensive change to the tax code since the Tax Reform Act of 1986. Here, I will review what you need to know before the end of 2017.

You know, of course, that tax rates for most individual taxpayers will be lower in 2018 than 2017. Plus, itemized expenses deducted on Schedule A of Form 1040 are in for significant changes.

Also, some itemized expense deductions are eliminated or reduced after 2017.

Charitable contribution deductions have only two significant changes. The first is that when you make cash contributions to a public charity after 2017, you can deduct up to 60% of your income instead of the current 50%. The second is that a deduction no longer is allowed when a contribution nets you seating rights in a college athletic program.

The deduction for state and local taxes is limited to $10,000 annually. After 2017, you can deduct state and local real estate, income, property and sales taxes, but only up to a total of $10,000.

The mortgage interest deduction also is changed. Existing acquisition mortgages are grandfathered —  there’s no change in the deductibility of interest on them. However, for acquisition mortgages taken out after December 15, 2017, interest on only the first $750,000 of mortgage principal is deductible. Interest is deductible on both first and second homes, but the $750,000 limit applies to both homes in aggregate, not separately to each home.

In addition, after 2017, no deduction is allowed for home equity interest. Existing home equity loans are not grandfathered.

There’s no deduction after 2017 for the miscellaneous itemized expenses that currently are deductible when they exceed 2% of adjusted gross income. These include investment-related expenses, tax preparation fees, financial planning fees and employee business expenses.

Also eliminated under the new law are moving expense deductions and casualty and theft losses, unless the loss results from a presidentially declared disaster.

These changes mean that a strategy you should consider is to pay some itemized expenses in 2017 that ordinarily would be paid in 2018.

If your itemized expenses in 2018 aren’t likely to exceed the standard deduction ($24,000 for married couples filing jointly and $12,000 for individuals), bunch into this year expenses that you might have paid in either 2017 or 2018.

This is especially appropriate for charitable contributions. If you can afford it, make extra contributions by Dec. 31 so you’ll be able to deduct them at 2017’s higher tax rates and lower standard deduction.

You don’t have to give cash. You can donate appreciated investment property, such as stocks and mutual funds. You also should consider making your contributions through a donor-advised fund, charitable trusts, or charitable annuities. Some ideas are in the Estate Watch article of the December 2017 issue of Retirement Watch.

In the future, you might want to bunch two years (or more) of donations into one year. That way, you’ll itemize deductions one year and receive an extra tax benefit from the contributions.

Some people are recommending prepaying 2018 state and local taxes, but be careful. A provision of the new law says that prepayments of 2018 state income taxes will be treated as being paid in 2018. You won’t receive a deduction in 2017.

However, you still can prepay some other taxes. For example, the final installment of estimated income taxes for 2017 is due in January 2018. You can make that payment by Dec. 31 to deduct it on your 2017 tax return. Also, you can overestimate your 2017 state income taxes a bit. You’ll deduct in 2017 at the higher rates and receive a refund in 2018, when you’ll probably face a lower tax rate.

You might have difficulty prepaying some taxes. If state or local property taxes haven’t been billed or assessed, the government might not accept payments yet.

Be sure you pay any employee business expenses in 2017 that aren’t reimbursed by your employer. You’ll be able to deduct them in 2017, but not in 2018.

Don’t overdo prepaying expenses. You aren’t supposed to deduct expenses you don’t owe yet or that provide benefits much beyond the current taxable year.

Before undertaking any of these strategies, be sure it won’t trigger the alternative minimum tax in 2017. When you take too many deductions, the tax is triggered and you won’t benefit from the deductions.

So far, tax reform hasn’t had much effect on tax-free bonds.

There was concern that lower tax rates would make tax-free bonds less attractive to investors, but the rate cut for upper-income taxpayers is small. On an after-tax basis, tax-free bonds still are attractive relative to treasury bonds.

Bonds from high-tax, financially troubled jurisdictions might be less attractive. The limit in the deduction for state and local taxes, coupled with a restriction on advanced-refunding bonds, could reduce the financial flexibility of those governments.

If you converted a traditional IRA to a Roth IRA in 2017, decide now if you want to recharacterize it.

The new law prohibits recharacterization of a converted IRA after 2017. When you did the conversion initially, you probably thought you could reverse it with a recharacterization anytime through October 15, 2018, but Congress changed the rule in the new law. If you think you might want to recharacterize, you have to do it by December 31, 2017, or it won’t be allowed.

Some people who did conversions in 2017 might want to recharacterize their conversions and reconvert in 2018 or later. They’ll pay lower tax rates if they do the conversions after 2017.

The good news on IRAs and other retirement accounts is that none of the other changes proposed for them was enacted. Traditional IRAs and 401(k)s continue as before, and the Stretch IRA still is allowed.

Also, the qualified charitable distribution remains. That means IRA owners age 70½ and older can have money transferred directly from their IRAs to charity. The distribution isn’t taxed to the owner, yet it counts toward the required minimum distribution for the year.

Exception: If you’re subject to the alternative minimum tax in 2017, you’ll pay income taxes at a flat rate of 28%. That rate could increase to 37% in 2018. You might want to meet with your accountant to determine if you should accelerate income into 2017. You might even want to convert a traditional IRA to a Roth IRA in 2017.

Most of the data in the last week involved housing, and it showed the housing market closing the year with a surge.

Existing home sales surged 5.6% for the month and now are up 3.8% over 12 months. The annualized number of homes sold in the latest month was the highest since the financial crisis by a wide margin. Prices also increased. The strong sales reduced the inventory of homes on the market, which could result in lower sales next month but higher prices.

The Housing Market Index from NAHB surged to 74 from 69 and marked the highest level since the financial crisis. All components of the index were strong, but a surge in traffic indicated new buyers are coming into the market.

The House Price Index from FHFA said single-family home prices rose 0.5% for the month and 6.6% for the last 12 months.

Manufacturing continues its recent strength. The Empire State Manufacturing Survey was 18.0, down a little from 19.4. This still is considered a strong number, and most components of the survey were strong.

The Philadelphia Fed Business Outlook Survey rose to 26.2 from an already high 22.7. As has been the case for most of the last few years, this survey is stronger than the others.

The Index of Leading Economic Indicators from The Conference Board increased 0.4%. That’s down from last month’s 1.2% increase, but that number was distorted by the effect the summer’s hurricanes had on new unemployment claims. The latest number is a return to the forecast of steady growth we’ve seen for a while.

New unemployment claims rose a sharp 20,000, but the large declines of the last few weeks mean that, over four weeks, the average of new claims has declined by 4,000.

The third estimate of gross domestic product (GDP) for the third quarter showed a small decline to 3.2% from 3.3%. Business investment is the strength of the quarter’s report.

Do you want to know what’s in the new tax law? I discuss the details in my next Retirement Watch Spotlight Series webinar. I’ll review the changes and, more importantly, what they mean to you. I discuss which strategies no longer are viable, which still work and some new strategies to consider. I also cover what tax reform is likely to mean for your investments.

You can watch these seminars from the comfort of your home or office at times you choose. To learn more about my new Spotlight Series, click here.

I hope you’ll join me at the Orlando MoneyShow. I will be giving several presentations along with some of my Eagle Financial Publications colleagues and dozens of other financial experts. The MoneyShow will be February 8-11, 2018. Click here for details.

Most retirees leave a lot of money on the table by not carefully considering how and when to take their Social Security benefits. Avoid that mistake by educating yourself about the choices. Start with my report, Secrets to Boosting Social Security Benefits.

Give that middle-aged (or older) person in your life a holiday gift they’ll benefit from. You should give them the revised edition of “The New Rules of Retirement.”