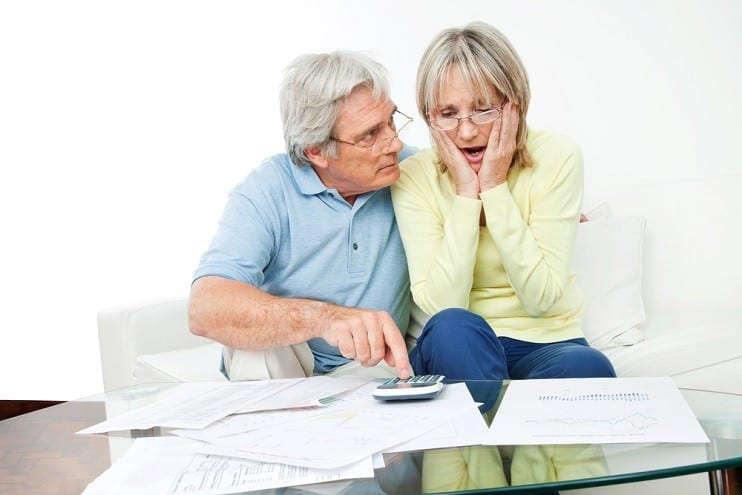 It doesn’t take much to send a solid retirement plan off the rails.

Fortunately, the likely causes of retirement failures are well-known and often avoidable.

Here are the six most common reasons retirement plans fall short of their goals:

People often dip too far into their retirement funds to help loved ones.

Many parents don’t like to turn down requests for help or see their children deprived. Some are too proud to tell their children they can’t afford to help.

Most grandparents, of course, like to spoil their grandchildren. Though children and grandchildren are the most common beneficiaries, pleas for help sometimes come from others.

One solution is to have financial advisors explain the facts to those requesting help.

Others simply point out that if they provide help now, in a few years they’ll be turning to the recipients to help them get through retirement.

Your retirement spending plan can include gifts to loved ones. But you must know the limits of what you can afford to give and adhere to those realities.

A second home is part of the stereotypical retirement. But the costs of a second home can be surprising and consume a significant part of a nest egg.

Most people focus on the predictable, fixed expenses when considering a second home. They don’t leave a sufficient cushion for the surprises that arise.

Especially critical are the maintenance costs that increase a few years into ownership. Your spending plan must allow for a lot of unexpected expenses.

The usual response from people is they’ll rent or sell the home if it becomes a burden. Unfortunately, in most markets, a home can’t always be sold or rented at the price you need when you need to do it.

A second home also ties up a lot of your capital that could have been invested.

It used to be routine to be debt-free in retirement. More recently, many financial advisers have urged people to maintain debt, especially at the recent low interest rates.

The data shows that people 65 and older are carrying more debt than in the past. Debt can be a valuable financial tool, but it also reduces your financial flexibility.

I recommend that people have enough guaranteed income to meet their regular living expenses, including debt payments.

A significant percentage of retirees leave successful careers but want to continue working and producing by starting new businesses. That’s fine for people who started businesses in the past and know the angles.

But the skills for success in other fields often don’t transfer to being a successful entrepreneur. Be aware of the high failure rate for new businesses and protect most of your retirement assets.

Only capital that you don’t need to maintain your standard of living should be at risk in the business.

Many retirement plans are successful as long as both spouses are retired together. But when one spouse passes away, finances can unravel.

One Social Security check stops, and other income also might terminate or be reduced. Also, nonmonetary contributions from the other spouse often are missed.

People might have to be paid to do tasks the deceased spouse did. Because of the way the tax tables are constructed, federal income taxes will increase even if income declines.

Your plan needs to assume that at some point one spouse will be living alone and provide ways to maintain the surviving spouse’s security.

A major gap in retirement planning is the spending plan. Many retirees lack a clear plan for determining the maximum amount that can be spent each year to avoid running out of money in the later years.

Too often, people greatly overestimate the amount they safely can spend in retirement without endangering their financial security.

Others rely on rules of thumb that don’t apply to them. They spend too much in the early years of retirement, forcing them to struggle later.

You need a customized spending plan that suits your planned lifestyle, estimated investment returns and other factors.