The Key Tool for Investing Today 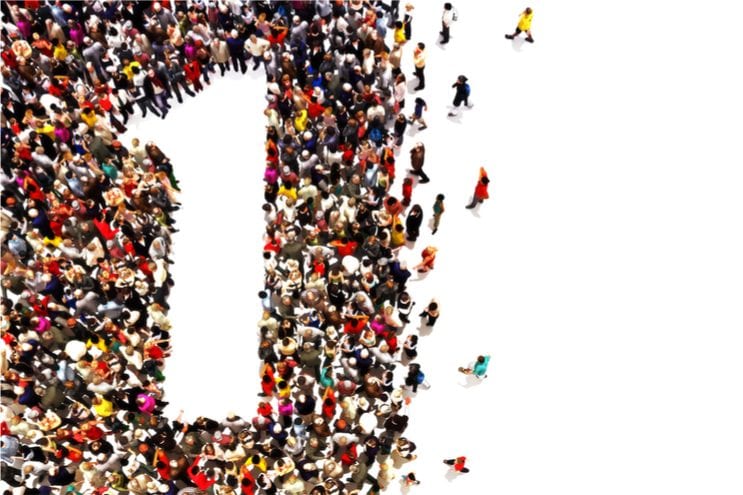 Quality has been the place to be during this great unwinding, and it still is the best place for your capital. The trick is to distinguish real quality from apparent quality. In addition, even some quality assets have faced significant price declines during the last year.

A key to success in this environment is patience. To preserve capital, we cannot purchase risky assets too soon, expecting a quick rebound in the markets. As we know, investors swing from extreme optimism to extreme pessimism. The process takes a while, and there will be fits and starts along the way. Once the point of extreme optimism has passed, risky assets should be treated with caution until pessimism is extreme. When the market has quick, sharp rebounds, it is a sign optimists still are rampant and trying to force opportunities.

There have been two stars in these portfolios during these tough times.

Before the credit and mortgage crises started we throttled back the risk in these portfolios and made Hussman Strategic Growth the mainstay of these portfolios. This caution has been paying off as more and more investors learn about the hidden or ignored risks they were taking.

Hussman holds a portfolio of 130 or so stocks that have good growth characteristics and are selling at discounts to their growth rates. The fund also uses options to either hedge or leverage the portfolio. The
options positions depend on the market climate and valuation as assessed by metrics established by fund manager John Hussman.

The fund has been fully hedged against a potential market decline for some time. The hedging protects the portfolio when stocks generally decline. It also gives the portfolio the potential to increase in value
when stock indexes are declining. There was substantial appreciation in the fund in the bear market in 2001 and 2002, and the fund again has gained steadily in value since early May.

Manager Hussman remains fully hedged, because stocks remain overvalued and also the market climate is negative. He views the potential long-term stock returns as in the 4% to 6% range. He says that he is
likely to remain fully hedged unless the stock indexes fall “a good distance below” the July 15 lows.

Another positive contributor to the portfolios is TCW Total Return Bond. You might have caught manager Jeffrey Gundlach’s interview in the Sept. 15 issue of Barron’s. Gundlach was very early in
seeing the potential for crisis in the mortgage and housing markets. He steered his portfolios clear of the riskier securities and has been among the top-performing bond funds.

Earlier this year he started buying prime mortgages, because he believed the market panic priced those securities well below their intrinsic values. The portfolio’s securities shot up after the government’s actions on Fannie Mae and Freddie Mac and the failure of Lehman Bros.

Gundlach is not expecting a quick end to the crises, believing we are about half way through the housing price decline. He also says that many investors who want to take advantage of bargains in the mortgage
market do not have cash to invest. He believes the mortgages the fund holds will pay handsome returns, but the prices won’t start to recover until about mid-2009. In the meantime, the fund is yielding over 6% and holds a portfolio of quality mortgages whose payments are being made.

Third Avenue Real Estate Value treaded water for most of the recent market turmoil. That is pretty good considering what happened in many other sectors of the market, but the fund is trailing other real
estate related investments. It lagged when other real estate funds were earning over 10% after July 15, and has a negative return from mid-March when others had positive returns.

I’m disappointed in the fund’s performance in this environment. I recommend selling and putting the proceeds in money market funds. Next month we will evaluate how the markets and economy have fared in the aftermath of the Lehman Brothers bankruptcy and Merrill Lynch acquisition. Then, we will decide how to invest the cash. There have been two other disappointments in the portfolio in the
last month.

Wintergreen Fund was holding up at least as well as the major market indexes until September. Then, the fund’s Japanese stocks took a sharp turn south. Otherwise, the fund has been doing the right
things. It has a sizeable cash balance and is selling short some key stocks. Manager David Winter is confident that its stocks are of companies that generate lots of cash, have good management, and have pricing power in their businesses.

Winter has a strong track record, and the fund will bounce back strongly when the markets do and perhaps before. Its losses on the down day of Sept. 15 were far less than those of the indexes. I am going
to keep a close watch on the fund, but I suspect the poor performance in September was a hiccup. The fund was well ahead of the S&P 500 for the three months preceding that. I expect the fund will be back to its historic pattern of holding up better in down markets than the market indexes and average fund. The fund gives us diversification and lower risk stock exposure that we want in case stocks turn around sooner than we expect.

Turmoil among preferred stocks seems to be the main culprit in the September decline of Cohen & Steers Closed-End Opportunities Fund. This closed-end fund buys shares in other closed-end funds that are trading at discounts to their net asset values and generating above-average yields.

This fund and many of the funds it owns issue preferred stock or take debt to leverage their portfolios by about a third. The leverage increases the yield and returns. Many of the funds issued something known
as Auction Rate Preferred stock to achieve their leverage. You might have heard that the market for this stock froze in the credit crisis in March and did not thaw.

The problems in the ARPs market do not directly affect shareholders in the funds. But investors in the ARPs cannot sell their shares and gain access to their cash. There have been settlements between some brokers who sold ARPs and their customers or government authorities. But some investors are concerned the problems will affect the closed-ends themselves by limiting or increasing the cost of leverage, and they are selling the funds.

In addition, when the government put Fannie Mae and Freddie Mac into conservatorship it did not protect their preferred stock shareholders, and some financial institutions and other preferred issuers
recently reduced or eliminated payment of dividends on their preferreds. Some closed-ends, especially those that specialize in high income or preferreds, own preferreds in financial institutions. Investors apparently fear that as the financial crises unwind, there is a high risk that many preferred issues will either default or suspend dividends for at least a while. Recent concerns about inflation eroding the value of dividends and slow economic growth reducing dividends also caused some investors to exit
closed-end funds. The fear of preferred dividend suspension apparently spooked a number of investors, because FOF was holding up reasonably well until the actions in Fannie and Freddie were taken.

I think investors’ concerns about closed-ends are overdone. Many banks are glad to lend to closed-ends, and a consortium of closed-end sponsors is trying to put together an alternative to ARPs. Currently, closed-end funds trade at discounts well below both their long-term averages and their recent discounts. The fund is a small position in the portfolios, and I believe the panic brought the price too low. Until I see that there is some substance to the fears about preferred stock that affects this fund, we will retain the fund.

Safety and security have been the keys to successful income investing for over a year, and that has been our approach.

Over the last 18 months investors who left the safety of money market funds in search of higher yields generally incurred losses. We were of the view that there was too much risk in most alternatives. Those who decided the crises were over and bought aggressively turned out to be early. We were content to receive modest yields to avoid the temptation of buying high yield bonds, mortgage income REITs, and other seemingly attractive, high income vehicles as the crises unfolded.

Our added investment in TCW Total Return Bond last month was timely. The conservatorship of Fannie Mae and Freddie Mac was a big boost for the fund’s holdings.

Less auspicious has been our position in Cohen & Steers Closed-End Opportunities. This is discussed in detail above in the section on Sector and Balanced Managed Portfolios. I recommend we hold the fund as a small portion of the portfolios. New investors can buy at a current yield of over 11%, but should be aware the yield is not guaranteed.