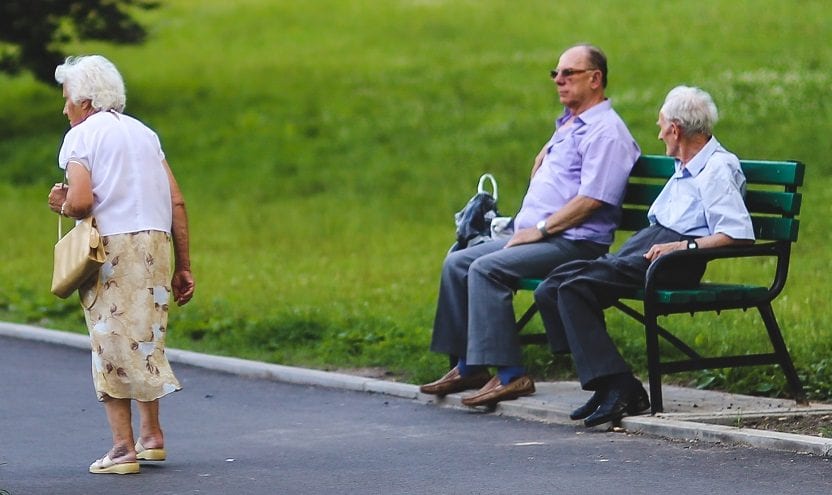 There is a bit of a revolution taking place in continuing care retirement communities (CCRCs). The revolution will make it easier for people to enter the community of their choice, but it also is making some decisions more difficult.

A continuing care retirement community offers the full range of senior living options on one campus or property: independent living, assisted living, and a nursing home. If one needs to change the level of care, the move is only to a different part of the campus. This is easier for married couples and also means a person does not move away from friends by moving to a new level of care.

CCRCs always had two types of payments: an entrance fee and monthly fees. The details, however, varied. At some CCRCs the entrance fee was refundable; at other it was not. At other CCRCs, the fee purchased equity that could be sold and might appreciate. In addition, the monthly fees covered different items. A person must compare not only the different facilities but also the details of the fees before making a decision. With different fee structures it often is comparing apples and oranges.

Recently, many CCRCs began to offer the range of fee options. In one way that eases decision-making. Prospective residents decide which community they prefer and don’t eliminate any because they don’t like the payment plan. In another way, it makes decisions harder. After deciding on a CCRC, all the different payment options offered by the facility must be compared and weighed.

The payment options generally are standardized into three contracts known generically as Type A, Type B, and Type C contracts. In each case, the resident enters the CCRC in independent living and will move to higher levels of care if they are needed.

Shoppers are likely to find at least two and possibly all three of these contracts offered at each CCRC.

The Type A contract also is known as a life care contract. Residents are told they will receive care for the rest of their lives without significant monthly fee increases. In a Type B contract, the resident will receive a fixed number of free days in the higher levels of care. If additional care is needed, monthly fees increase. A Type C contract also is known as fee for service. As higher care is needed, additional fees are charged.

Type A contracts appeal to people who are concerned about running out of money because they need a lot of higher level of care. The entrance fees and monthly fees tend to be the highest for these contracts. An advantage of these contracts is that long-term care insurance is not needed, and residents who have the insurance can stop paying the premiums after they know they plan to stay in the community. At some CCRCs, fees are reduced if the resident keeps a long-term care policy in place.

Type B and Type C contracts are for people who want to take varying levels of risk themselves to reduce entrance and monthly fees. Some forms of type C contracts generally are considered rental models. The entrance and monthly fees are the lowest available. Residents generally are renting their living areas, their entrance fees are refundable, and they will pay extra for every additional service or level of care they need.

Type A contracts used to be the most popular. More recently, the Type C contracts grew to 47% of the market and Type A’s declined to 29%. Type B’s are around 19%.

After locating the CCRCs they are interested in, prospective residents need to make several decisions to finalize the CCRC and contract they want.

How much risk are you willing to take and how much control do you want over your money? A Type A contract removes all or most of the risk of running out of money because of high medical expenses. Care for life is guaranteed, and monthly fees are relatively fixed. The risk in a Type A contract is that higher levels of care never are needed, at least not the extent they were paid for in the entrance and monthly fees. Also, the monthly fees are higher, so there is the risk that a person eventually cannot afford them.

Type B and C contracts shift more of the risk of higher medical expenses to the resident. The trade off is a lower entrance fee and lower monthly expenses until the care is needed. If the extra care is not needed, the resident saves the money. A resident under a Type B or C contract should consider purchasing long-term care insurance.

After deciding on the type of contract, the next issue is the refundability of the entrance fee, if the community offers choices. Some people will not enter a community unless at least some portion of the entrance fee will be refundable. Their reasoning is similar to why they owned their homes instead of renting.

The counterargument is that a refund option means the CCRC is investing the money for you. Why not take the lower entrance fee and control and invest the difference yourself? (In a few CCRCs residents own their living units. That is similar to a refundable entrance fee and also has the potential for appreciation.)

Though the entrance fee option is an important factor, there are other issues to consider.

Ask for a list of which services are included in the monthly fee. Some CCRCs include basic services such as weekly housing and laundry; others do not. Some offer only one or two meals a day or require that meals be taken at certain times. Others offer three meals a day and between meal options. Some CCRCs charge extra if the resident wants or needs a special diet.

Another key issue is who makes the final decision whether a person needs a different level of care. Some CCRCs say it ultimately is their decision. That could mean a person is moved into higher care when he or she does not want to go, or it could mean higher care is not offered when a person’s doctor or family thinks it should be. In a long-term care insurance policy, for example, the policy usually provides that it will pay for long-term care if the insured’s doctor states that he or she has a medical need or is unable to perform two or more of the tasks of daily living. Before entering a CCRC, decide which standard you are more comfortable with and be aware of the CCRC’s policy and practice on the issue.

Some CCRCs allow those who are not under contract to enter their assisted living or nursing home facilities, though they usually are charged higher rates than contract residents. The argument in favor is that it allows the facility to generate revenue from otherwise unused capacity. The argument against the practice is that it creates the possibility that a contract resident might not be able to obtain care when needed because capacity is full. Know a CCRC’s policies in this area before entering.

Finally, a prospective resident should know what will happen if he or she runs out of money. In a Type A contract, he or she usually will be cared for. In other contracts, the resident might not receive higher care.

Because of the amount of money involved and the complexity of CCRCs and their contracts, few people should sign a contract without professional advice. Elder law attorneys, financial planners, and others specialize in these issues in many communities. In addition, visit www.ccrcdata.org and consider buying the Complete Directory of Continuing Care Retirement Communities in an electronic version for $10, which compiles data on more than 900 CCRCs.