Here’s a piece that simplifies the debate over Medicare reform. Geoff Colvin of Fortune takes the view that there are only two big picture ways to fix Medicare’s fiscal problems. He says one way’s been proven not to work, so we ought to try  the other way. Medicare has become the largest issue in America […]

At least we’re finally having a public discussion of alternatives to the current Medicare system, because the current system can’t survive. Unfortunately, some of those in the discussion are resorting to pejoratives instead of substantive arguments. One pejorative is to say that the reform proposals are voucher programs. One advocate of a reform proposal says […]

A little-noticed provision of the 2010 health care reform (Affordable Care Act) is the Independent Payment Advisory Board (IPAB). This will be a 15-member panel of experts appointed by the President without input or oversight from Congress. The IPAB would designate the appropriate levels of care and treatment. It’s expected that Medicare would follow the […]

The Future of Medicare?

It’s no secret that Medicare is in trouble. The government will have to spend less on the beneficiaries at some point. It’s likely there will be some form of rationing or reduction in care. There are three ways that could be implemented. One way is to put the onus on the patient or consumer to […]

In my new Retirement Watch Spotlight Series, I’ll share my newest breakthrough strategies for protecting your assets and growing your portfolio, including how to prepare for the next market downturn. Click here now to learn more.

Small regulatory changes that most people don’t hear about can have a big influence on events. One such change might be the a new regulation that changes how Medicare decides how much to pay hospitals. Instead of a flat fee for a service, Medicare will analyze what a patient’s medical needs were before and after […] 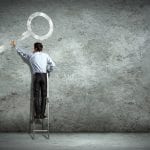 The crisis in long-term care insurance is causing people to look for alternatives to traditional LTCI. There are a few options, but you want to consider them care-fully before deciding on a plan. Each option has its own disadvantages. In our January and March visits we documented how some insurers are raising premiums on LTCI […]

It’s no secret that the current Medicare system is unsustainable, or it shouldn’t be a secret. That’s why there are a number of proposals and laws to change the system. There’s a great deal of confusion and misinformation about the different proposals, of course. Here’s an article with an analysis of the main proposals out […] 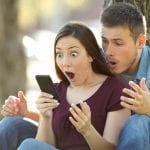 People who should consider buying long-term care insurance often report that they don’t because they believe it’s too expensive. LTCI is more costly than it needs to be because people make two critical mistakes when evaluating it. Avoid those mistakes, and you might find LTCI is more affordable. The first mistake is that people don’t […]