Investing When Rates are Low, Poised to Rise

The Importance of Age 69 1/2 in Retirement Planning

Most people in retirement planning learn that age 70 1/2 is important. Here’ an article arguing that the year before is more of a benchmark. You have to start planning for the following years’ RMD, and it also means you’re approaching other key IRA milestones. Age 69 1/2 is a big deal, a major year […] 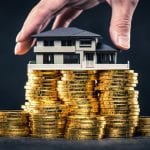 Key changes recently were made in reverse mortgages. You should be aware of the changes and how they affect the way reverse mortgages can help in-crease your financial independence. Properly used, they are tools for employing home equity to enhance your retirement. The first change is that the Federal Housing Administration restructured the program again […]

The U.K. government recently liberalized national pension rules to allow retirees to take their benefits in a lump sum instead of being required to take them as a life annuity. The latest move they’re considering is to tell people how long they are likely to live and will need their nest eggs to last. The […]

Another View of the Savings Rate

Saving Too Much For Retirement

Are Retirees Financially Prepared For Retirement

Almost all media discussions about retirement conclude that most Americans are financially unprepared. Some paint very dire pictures of the fate of current and upcoming retirees. Yet, surveys of retirees aren’t that pessimistic. Indeed, most retirees and pre-retirees say they’ll be just fine financially, perhaps after making a few adjustments. Consider this discussion of the […]

The Millionaire Secrets to Getting Wealthy

You already know this stuff if you’re a long time reader of Retirement Watch. But millionaires have a number of practices that other people don’t have and don’t realize are key to accumulating wealth. Most of the points in this post seem to be from The Millionaire Next Door, a best-seller of a few years […]