When Medicaid Will Pay for Long-Term Care 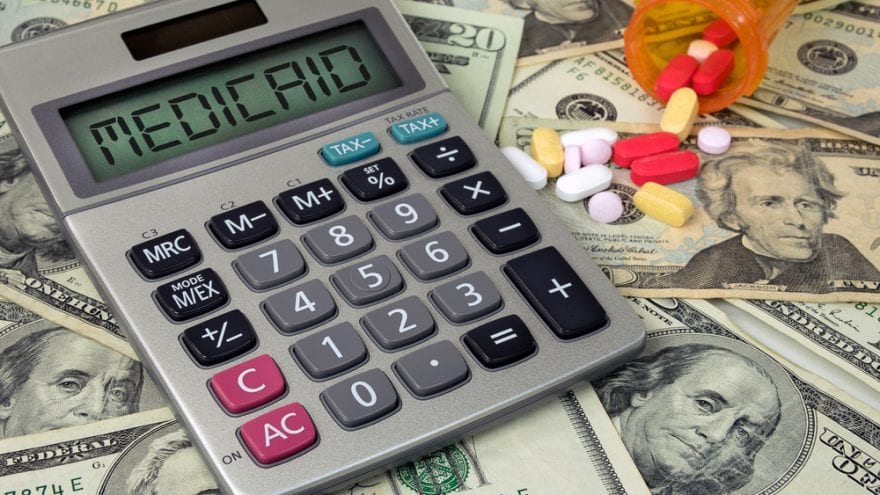 Medicare, the program for those 65 and older, has restricted coverage for stays at long-term care facilities. The coverage generally is only for brief periods of rehabilitation after surgery or injuries. Medicare pays only about 15% of national nursing home expenses. It does not pay much of the cost for those in assisted living or using home health care.

Medicaid offers extended long-term care coverage and pays about 45% of total nursing home expenses. But to receive the coverage you must meet the Medicaid asset limits. This generally means you must be impoverished by Medicaid standards. There are strategies people use to qualify for Medicaid, but they became less practical after law changes about 10 years ago and more so after a 2005 law. It is difficult to qualify for Medicaid without impoverishing yourself long before any coverage is needed.

Medicaid is a joint federal-state program. There are umbrella federal rules, but the states are allowed to add to them by making eligibility more restrictive. You have to know not only the federal rules but any adaptations your state makes. I will review the federal rules and some state variations.

But after an enrollee dies, states are allowed to recover from the estate the money Medicaid paid for care. Normally the state captures its costs from the sale proceeds of the enrollee’s home. The recovery cannot come from the home if the surviving spouse still is living there. The spouse also can sell the home a year after the enrolled spouse qualified for Medicaid and not owe any money to Medicaid.

Even if the state recovers its costs from the sale of the house, using Medicaid might not be a bad deal financially. The state reimburses a nursing home at a rate far less than private patients pay. That means the eventual reimbursement to Medicaid would be lower than paying the nursing home cost out of pocket. The estate might pay Medicaid $90 for day instead of the $200 or more pay day you would have paid as a private patient.

There is no limit on the value of the automobile an enrollee can own. Some advisors recommend reducing your non-exempt assets by using cash to purchase an expensive car.

For years, the standard Medicaid qualification strategy was to give assets to family members so the applicant owned no more than was allowed by Medicaid. The assets still were in the family and were preserved for heirs instead of being spent on nursing home care.

This strategy is more difficult now, because of the “look-back” rule. All assets that were given away in the 60-month period before someone applies for Medicaid are considered part of the applicant’s assets when reviewing the application. Before the 2005 law, the look-back period was 36 months for outright gifts and 60 months for gifts in trusts. Now, all gifts face the 60-month look-back period.

This makes planning difficult, because you must make yourself impoverished at least five years before entering the nursing home. Any assets transferred during the look-back period result in a waiting period before becoming Medicaid eligible.

Suppose Max Profits transferred $300,000 to his son Hi within the look-back period. Suppose the average monthly cost of a nursing home in Max’s area is $10,000. The $300,000 is divided by $10,000 to arrive at 30. After Max enters the nursing home and meets Medicaid eligibility requirements, it will be 30 months before Max can enroll in Medicaid.

But in some states each month of expenses paid by the applicant or a family member reduces the waiting period by one month. So if Hi begins paying for the nursing home, Max will be eligible for Medicaid after 15 months.

Annuities used to be a way to allow one spouse to become eligible for Medicaid while ensuring income for the other. But the rules now are very limited and have some uncertainty. Buying annuities to game the Medicaid system is a complicated, risky strategy.

In some states, owning a long-term care policy can make it easier to qualify for Medicaid. The Partnership for Long-Term Care program, which is a trial program in some states, allows an applicant to spend down fewer assets if a qualified long-term care policy is in place. For example, if the policy pays $100,000 in LTC benefits, the individual can qualify for Medicaid with $100,000 more assets than other applicants.

After five years in long-term care, you can apply to Medicaid and there will be no gifts in the 60-month look-back period. You won’t own assets above the Medicaid limit and will not face a waiting period beyond the five years.

A benefit of insurance is Medicaid covers only nursing home care, while LTC insurance covers home care and assisted living care. That is a strong reason not to rely solely on Medicaid. If you need long-term care but a lesser level of care than a nursing home, Medicaid won’t pay even if you are financially eligible for Medicaid.
You also should ask if you really want to rely on Medicaid. Its reimbursement rates for nursing home care are very low, a fraction of private pay rates. Most quality nursing homes will not accept Medicaid patients or limit the number they will accept. The facilities require financial statements proving the applicant is able to pay for several years of care before they will admit the person.

You will find your state reimburses nursing homes for about the same rate mid-level hotels charge for a room. The nursing home has to offer a range of services with the room that the hotel does not. Nursing homes with a lot of Medicaid resident simply cannot afford to offer a lot of quality care at those rates.