When To Begin Social Security? 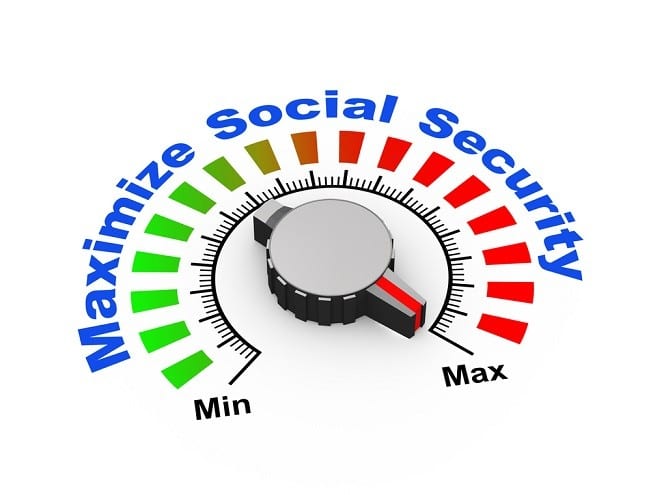 Big changes are coming to Social Security. I don’t mean anything Congress or the President might do. These changes were put in place in the 1980s and are just taking effect. These changes affect the retirement of everyone who won’t begin receiving Social Security benefits by the end of 2002 and will influence when people choose to receive benefits.

A key concept of Social Security is Full Retirement Age (FRA). If you choose to begin benefits at this age, you receive the full or normal benefits under the program’s formulas. Begin benefits earlier, and your monthly checks will be reduced. The earlier you begin the benefits, the larger the reduction. Age 62 is the earliest you can begin receiving retirement benefits. If you wait until after FRA to begin benefits, your benefits will be increased for each month you wait, with the increases stopping at age 70.

Also changing are the adjustments for early and late commencement of benefits. There is a bigger reduction for taking benefits before FRA, and the bonus for delaying benefits after FRA also will increase.

Obviously if Social Security will be an important part of your retirement income, you want to be careful about when to begin receiving benefits.

The easiest way to decide when to begin benefits is to compute the break-even point. Start with your estimated benefits, a statement of which is mailed to everyone over age 25 a few months before his or her birthday each year. Suppose your normal benefit at 65 would be $1,400 per month. Waiting until age 70 would entitle you to $1,820 monthly or 130% of the normal benefit. Waiting until 70 gets you an extra $420 monthly. Taking benefits at 65 means you receive payments 60 months earlier.

To find the break-even point, multiply the normal retirement benefit by the number of extra months you’ll receive it. That’s $1,400 times 60 for a total early payment of $84,000. Divide that by the increased monthly benefit for waiting until age 70. The result is 200. That is the number of months it will take for the lifetime payments from waiting until age 70 to catch up with the lifetime payments you would receive from starting benefits at 65. That comes to 16 and two thirds years. That means you’ll have to live until almost age 87 for delaying benefits to pay off. That exceeds the life expectancy of both men and women in this age group. If you die before age 86 and eight months, you and your family have lost money.

You should expect that result. The actuaries who work on Social Security say that the benefit needs to increase by 8% for each year you wait for delaying benefits beyond FRA to make sense. The bonus for waiting to receive benefits will increase to 8% annually for those born in 1943 and later, but the normal retirement age increases to 66 and later for them.

Age 78 is roughly the life expectancy of your age group. You should expect this result. Under the changes going into effect, the reduced benefit for beginning payments before Full Retirement Age was designed to be break-even for those who live to normal life expectancy. That means mathematically, it is an equal trade off whether to take benefits early or at FRA under the new rules.

This simple break-even calculation doesn’t include all the factors.

Your benefits increase with inflation each year. That should push the break-even point a little further into the future. Also, if you have the option of postponing benefits, that means you don’t need the money at 62 to pay expenses. You could begin benefits at 62 and invest the money (or let your investment accounts compound undisturbed). Investment returns would increase the advantage of early benefits, and that would push the break-even point further into the future. This is the time value of money. Receiving money now is more valuable than receiving the same amount later.

There also is the intangible factor. Once you begin receiving benefits, they are a certainty. If you delay benefits, living past the break-even point is not certain. Even if your family history indicates a long life is likely, you could be an exception or be involved in an accident.

Most of those people who took benefits early by 2002 probably made the better decision, especially after the time value of money is taken into account.

For younger Americans, the later Full Retirement Age plus changes in the adjustments for beginning benefits before or after the FRA seem to complicate things. In fact, the adjustments are designed so that for those who live to life expectancy there should be no lifetime difference in the cash received whether benefits are taken at FRA or earlier. Those born in 1943 and later also should receive the same lifetime cash whether they begin benefits at FRA or later. Those calculations are based on the simple break-even point and do not take into account the time value of money or other factors. It is likely that many people will continue taking their benefits before FRA and that probably would be the better option.

The Social Security web site can provide more estimates of your benefits than are in your annual statement. The site has a calculator that lets you change assumptions about future earnings and other factors. That way you can get a more accurate estimate of what your benefits would be at different ages. The web site is at www.ssa.gov.