Published on: Dec 13 2020
Topics: Taxes in Retirement
By Bob Carlson 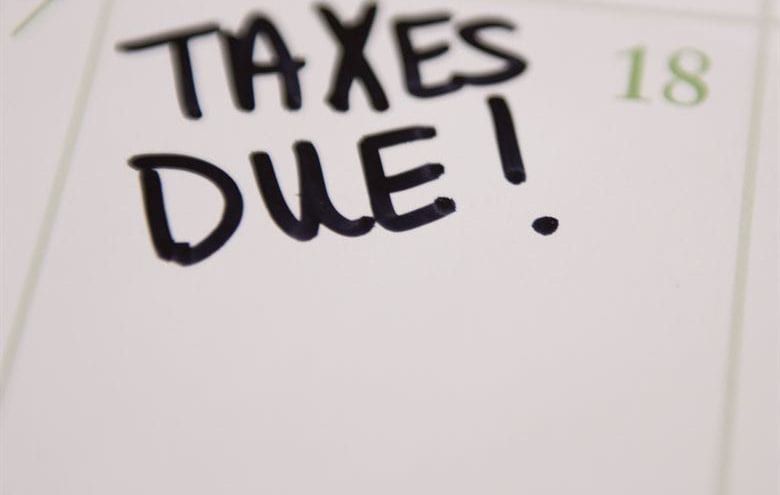 2020 was a special year, unlike anything we have never seen. As it draws to a close, it will require some unique year-end tax planning.

With the new administration set to take office in less than two months, taxes are likely to increase soon. The only issues are when they’ll increase and who will bear most of the increases.

The 2017 tax cuts are set to expire after 2025. Federal debt continues to climb.

The Social Security trust fund is likely to run out of money years earlier than estimated only last spring, leaving a shortfall of 20% or more each year.

That’s why you should make the most of your 2020 tax reduction opportunities and set yourself up to reduce taxes in the coming years.

Some of you are in lower tax brackets because 2020 was a tough year.

If that’s the case, and you’re likely to be in a higher tax bracket in the future, consider accelerating some income into 2020.

Even then – under the look-through strategy (also known as see-through) — the IRA must be distributed to the trust within 10 years in most cases.You could withdraw additional money from traditional IRAs, 401(k)s and other pension plans.

It might be better to pay the taxes now at today’s rates than in the future at higher rates.

But if you’re under age 59½, don’t do this unless you qualify for one of the exceptions to the 10% early distribution penalty.

A related strategy is to convert some or all of a traditional IRA to a Roth IRA.

Business owners might be able to accelerate income by collecting accounts receivable in 2020, or they could trigger tax recognition of the income.

For example, a business could transfer rights to the accounts receivable to the owner, triggering taxes on the owner at today’s rates on money that won’t be collected until next year.

Deferring deductions also might be helpful for those in lower tax brackets this year.

One action is to delay charitable contributions until next year.

Business owners should consider actions such as not making retirement plan contributions for 2020 or not taking accelerated depreciation.

Some business owners should avoid putting new equipment into service in 2020. Delay it until 2021.

Other taxpayers didn’t suffer as much in 2020 and should look for ways to reduce taxes now and in the future.

One special tax rule for 2020 al-lows a taxpayer to deduct up to 100% of adjusted gross income (AGI) for contributions of cash to public charities and community foundations.

The normal limit is 60% of AGI or less, depending on the circumstances, with any excess contributions carried forward to be deducted in future years.

Some taxpayers might want to use this rule to bunch several years of charitable contributions into this year.

For example, you can take a large distribution from a traditional IRA. You’ll have to include the amount in gross income.

Then, you can donate the cash to a public charity or community foundation.

If you itemize expenses on your tax return, you should be able to deduct the entire contribution under the special rule for 2020, offsetting the IRA distribution.

Be sure to work with a tax expert if you want to take advantage of the higher limit on charitable contribution deductions for 2020.

Taxpayers who are less aggressive should consider other smart ways to make charitable gifts.

The qualified charitable distribution (QCD) is available to taxpayers who are at least age 70½. In a QCD, your IRA custodian makes a distribution directly to one or more charities you designate,or gives you a check payable to a charity that you deliver.

The distribution isn’t included in your gross income.

In a normal year, the QCD also counts toward your RMD for the year. RMDs are suspended for 2020 but QCDs still are allowed.

You might want to make a QCD in 2020 if you’re charitably inclined, because the QCD will reduce future RMDs.

Another smart way to give is to donate appreciated investments that have been held for more than one year, such as stocks or mutual funds, instead of cash.

You deduct the value of the investment as of the day of the contribution. You owe no taxes on the gain that accrued while you were holding the investment.

The charity also doesn’t owe taxes on the gain. It sells the investment and uses 100% of the proceeds for its charitable operations.

That leaves you much better off than if you made a cash contribution to charity and sold the investment, paying capital gains taxes on the sale.

You can make a large contribution to a donor-advised fund this year and make distributions to individual charities over several years.

Making donations by cash or check usually is the least tax-efficient way to give.

Consider these other ways you can help the charities of your choice and also improve your after-tax situation:

You might have capital losses this year, especially if you sold during the downturn in March.

You also might have losses incurred in previous years to carryover to 2020. Be sure to maximum the benefits of these losses.

You can sell appreciated assets until the gains equal the losses, making the gains tax free.

When capital losses exceed gains for the year, up to $3,000 of the losses can be deducted against other income and the excess losses carried forward to future years.

If you have paper losses on some investments, consider selling the as-sets to put the losses on your books.

That shelters, from taxes, any gains you have this year and carries the excess losses forward to future years to offset gains you take in those years.

Since income tax rates are likely to increase in the future, make the most of this year’s tax bracket. Go to the IRS website and take a look at the 2020 tax brackets.

Determine which bracket you’re in and how much income you can earn without jumping into the next highest bracket.

For example, you might be in the 22% bracket with a taxable income of $60,000.(Remember that’s taxable income, after taking all your deductions.)

Consider taking some of that additional income at this year’s tax rate. You might take an additional distribution from a traditional IRA or 401(k).

You could convert some of a traditional IRA to a Roth IRA. You might realize some short-term capital gains on investments.

Consider other income sources you have that you’d rather have taxed at this year’s rate than a higher rate in the future.

Keep in mind that taking additional income this year could trigger Stealth Taxes, such as higher taxes on Social Security benefits or the Medicare premium surtax.

Know where you stand on those taxes before deciding whether it makes sense to recognize additional income this year.