Your Portfolio And The Economy 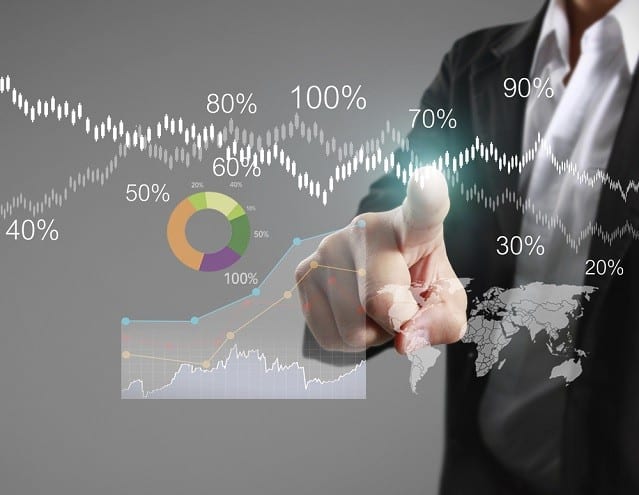 We don’t have to look back too far for evidence. Throughout the recent bull market, stock returns exceeded the growth of the economy and of corporate profits. This was especially true in the late 1990s. Data show that corporate profits actually reached their peak in 1997. Yet, the stock market rose rapidly through early 2000.

Economic growth and corporate earnings are only two of the factors that influence stock market returns and are not the most important factors. Expectations about the future have a major effect on the stock market. Inflation and interest rates also are factors. Perhaps more important influences on the markets are the prevailing emotions as investors swing from over-optimistic to over-pessimistic.

Throughout the 1980s and 1990s, the stock market returns exceeded economic and profit growth. Investors were willing to spend more for each dollar of corporate profits, so they bid up stock prices faster than profits grew. As a result, the stock market valuations (such as price-earnings ratios) went from very low to very high.

I believe that falling inflation and interest rates caused much of the stock market boom in the 1980s and early 1990s. In the late 1990s, emotions took over. Investors became too optimistic and discounted all risk in some sectors of the stock market. Once that error became clear as risks became real, stocks began declining into the long bear market. From its peak in 2000 to its trough so far, the S&P 500 lost a cumulative 49%. The NASDAQ lost a whopping 77.9%. The declines in economic growth and corporate profits were no where near as severe.

Don’t look to the economy to determine your investment profits over a period of less than 20 years. Instead, look at the cycles within the investment markets, including emotional cycles. As always, we’ll keep looking to increase holdings of assets with low valuations and decrease holdings of assets with high valuations. We’ll always insist on a margin of safety and look for ways to reduce risks we don’t want to take.

We cannot complain about much in the portfolio so far this year. We re-arranged the investments near the market low in March and have earned solid returns in the surprising bull rally since then.

Some of the three-month returns have been spectacular. TCW Galileo Select Equity is a market leader with a 24.29% return. Cohen & Steers Realty Shares returned over 18.64%, and Hussman Strategic Growth abandoned its market hedge early enough in the rally to return 13%.

The only fund in the portfolio to lose value is AXA Rosenberg Global Long/Short Equity. This fund is in the portfolio as a hedge against a market decline. In the trading range market that I believe we are in, a hedge fund like this is a good insurance policy to preserve our capital. If the bull market keeps rolling, the returns for RMSIX should turn positive as it changes the portfolio to adapt to a different market.

The only advice for now is to hold all positions and keep watching the updated sell signals.

Stocks are getting the headlines, but bond funds continue to generate positive returns.

Some analysts attribute the bond gains to a clever move by Federal Reserve Chairman Alan Greenspan. Just as interest rates seemed poised to increase in expectation of a post-war economic recovery, Greenspan warned of deflation. The deflation talk caused interest rates to fall when most economists expected rising rates.

Whatever the reason, we’ve enjoyed profits in all our bond funds. The dollar continued to fall, a positive move for American Century International Bond. High yield bonds, of course, earned positive returns. Newer subscribers who purchased Price High Yield have earned over 8%. Longer-term subscribers who continue to hold Columbia High Yield did about half as well with this more conservative fund. The corporate bonds of Dodge & Cox Income returned a nice 3%.
The non-bond funds in the portfolio are discussed in the Sector Portfolio section. High yield bonds are updated in the Income Portfolio section.

It is hard to be unhappy with the portfolio. We’ll hold these positions as long as current trends last. Maintain your positions and take a few minutes regularly to check the sell signals.

Returns here are not as strong as in our more risky portfolios. Yet, this portfolio generated another month of steady returns. Cohen & Steers Realty Shares is by far the best performer over the last three months, as investors anticipate an economic recovery. The portfolio has about a 6% return for the year. We’ll keep the current positions keep watching for a turn in interest rates. I’m also watching high yield bonds, as described in the Income Portfolio section.

In such a diversified portfolio of bonds, it is rare when all the different funds appreciate together. We’ve had that experience. Lower interest rates helped both the international bonds and most domestic bonds. In addition, the prospect of a stronger economy and improved corporate balance sheets helped corporate bonds and high yield bonds.

One sector I’m keeping a close eye on for all the portfolios is high yield bonds. We bought these early in the cycle when most people didn’t want to buy them. As it became clear the worst was over for most corporations, high yield bonds generated nice returns.

In the most recent stage of the rally, bonds of the corporations with the worst credits did the best. Some have returns this year of over 30% this year. Frankly, I don’t think conditions have improved enough at those companies to warrant such a rally in their bonds.

The problem is that investors seeking income poured money into high yield bond funds, and that money has to be invested. Only low-quality bonds were widely-available. Many fund managers suspended their buying rules to get the new money invested, regardless of the price. Vanguard High Yield Corporate recently was closed to new investors.

History shows that after the extreme lows experienced in 2002, high yield bonds should have a multi-year rally. After the high yield meltdown of 1989-1990, six of the next seven years had double-digit returns. We might be in for that kind of bull market now. I am worried, however, about the flood of money into high yield bonds and will be watching the sector.

In the rest of this portfolio, don’t expect bond returns similar to those of the last three years. First, interest rates are low already. They cannot go much lower, which means very few capital gains in the next few years. Second, despite Alan Greenspan’s warnings about deflation, it is more likely that inflation will be higher than expected the next few years.