How to Protect Your IRA from Creditors 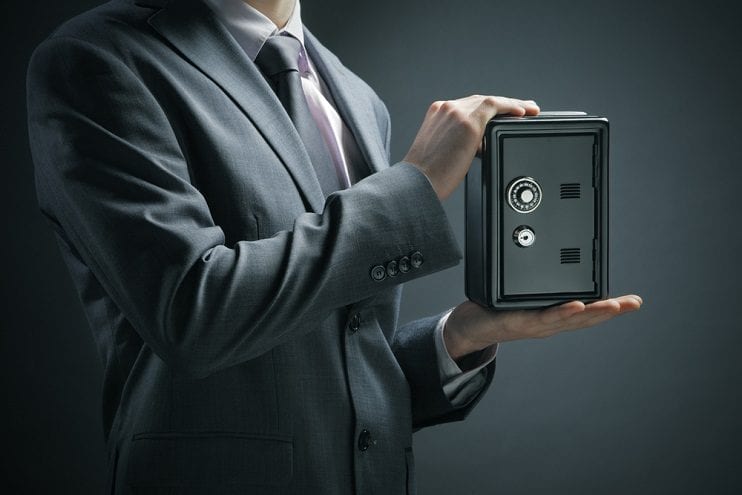 How safe is your IRA?

Your assets could be at risk from several directions.

There is always the potential for a downturn that reduces cash flow from your job, business, or investments. Creditors could then seek payment from your personal assets.

Lawsuits are another risk. Some occupations, such as being a doctor, carry high risks of being sued for malpractice.

You might also be sued for injuries or property damage incurred on your personal or business property, or in a car accident. Even damages caused by members of your family could make you a target.

So, how safe from creditors are your IRA and other retirement assets?

This protection covers most employer plans, such as 401(k)s, defined benefit plans and others.

However, federal protection doesn’t apply when an ex-spouse seeks a share of the assets in a divorce proceeding.

The bad news is that not all retirement plans receive this protection. Only qualified plans set up under the Employee Retirement Income Security Act of 1974 receive the protection.

For example, a 403(b) plan offered by a state or local government probably isn’t set up under ERISA, and doesn’t qualify for the federal protection.

IRAs also aren’t protected by ERISA, but they do have some protection under federal bankruptcy law.

A rollover IRA of any amount is protected from creditors under federal bankruptcy law.

That is, if you rolled over money from an employer plan such as a 401(k) to an IRA, the IRA is protected from creditors. This protection also applies to a SEP or Simple IRA.

A contributory IRA (that is, an IRA that isn’t a rollover IRA) also is protected from creditors under the Bankruptcy Abuse Prevention and Consumer Protection Act of 2005.

Up to $1 million of IRAs are protected under federal bankruptcy law. The $1 million limit is indexed for inflation every three years, and currently is at $1,283,025.

But these federal protections for IRAs are available only in a federal bankruptcy action. You have to file for bankruptcy to protect the IRA.

Also, the Supreme Court ruled a few years ago that inherited IRAs don’t receive even this protection.

Only the original owner is protected. That ruling caused a number of estate planners to recommend people to consider naming trusts, instead of individuals, as IRA beneficiaries when they’re concerned that the intended beneficiaries might have problems with creditors.

Federal law isn’t the end of the story.

Your state law can establish greater protection for IRAs and other assets  than federal law, and many states do.

In fact, a number of states provide absolute protection of IRAs from creditors for residents of their states.

The IRAs receive the same protection in those states as ERISA plans; they are protected from creditors even without the owners having to file for bankruptcy.

The protection is also extended to other retirement plans, such as 403(b)s, in many states.

Not all states offer this degree of protection to IRAs. Some offer less protection than the federal bankruptcy law.

When you’re concerned about creditors being able to go after your IRAs or other retirement assets, consult with a lawyer who knows the local asset protection laws. You also can conduct an Internet search using a phrase such as “state creditor protection IRA.”

Only after learning the protections of local law can you determine if your IRAs and other retirement accounts are safe from creditors, or if you need to take additional actions.

You don’t have to file for bankruptcy to protect the accounts from creditors. The creditors don’t have a legal claim against your retirement accounts.

Keep in mind, though, that the IRS can always come after your IRA for unpaid taxes. Claims of ex-spouses are also valid.

When your state’s protection isn’t strong and you’re worried about creditors being able to seize your retirement assets in the future, there are strategies to consider, other than moving to a state with stronger protection.

You can consider maximizing the amounts in your 401(k) and other qualified employer retirement plans protected under ERISA.

Then, when leaving the employer or retiring, don’t roll over the plans to an IRA. Instead, leave the funds in the qualified retirement plans for as long as possible.

Another approach is to take distributions from your IRA and pay the taxes now. Then, put the after-tax amounts in assets with more protection from creditors.

You might also be able to put assets in trusts with family members as beneficiaries. The level of protection will depend on the terms of the trusts and state law.

You should also consider a personal umbrella liability policy. This is an inexpensive way to obtain greater liability coverage than what is offered through the traditional homeowners’ insurance policy.

You generally can obtain $1 million of coverage for a few hundred dollars each year. It won’t protect you from creditors of unpaid bills, but the insurer will defend you from liability claims.