2008 Election and Your Tax Planning 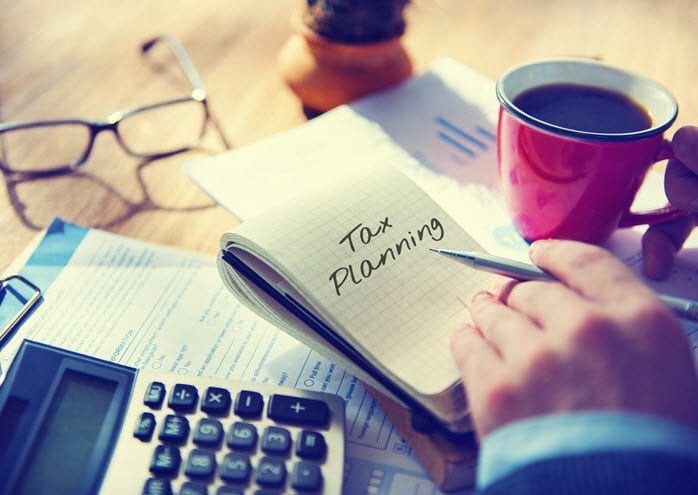 The Presidential election is approaching. We cannot forecast a winner, but we can make judgments about how the tax law will change starting in 2009 and steps you should consider today in light of the likely changes.

Some wealthy people already anticipate big changes and are making tax-saving moves this year. For, example, the announcement during the summer that the Pittsburgh Steelers NFL team is for sale is believed to be at least partly due to taxes and anticipated tax changes.

Let’s first take a look at the estate taxes.

The 2001 tax law began to phase out the estate tax by raising the exemption amount and reducing the tax rate every few years, culminating in elimination of the tax for 2010 only. After 2010 the law reverts to its form before the 2001 law: a $1 million lifetime exemption and a 50% tax rate.

Neither the elimination in 2010 nor a return to the 2001 law is likely to happen. Instead, this year or in 2009 Congress will agree to a compromise. The compromise likely will be similar to the 2009 law: a $3.5 million lifetime exemption and a 45% maximum tax rate. There is a possibility that the final exemption amount could be higher, anywhere in the $5 million to $15 million range. But given the majority in Congress, that has a less than 50% probability.

The strategies to reduce estate and gift taxes also seem likely to remain intact. Remove assets and appreciation from the estate through gifts, trusts, family limited partnerships, and other methods. Make use of the marital deduction. Consider charitable gifts, either directly or using charitable trusts. It is time to at least begin planning which strategies to use.

The income tax cuts of 2001 and 2003 also are set to expire after 2010. What might happen with income taxes is harder to forecast, because it will depend more on who wins the presidential election. It seems likely that income taxes will increase. The uncertainty is how they will increase.

A Democratic victory by Barack Obama should result in an increase in both income and capital gains tax rates, at least on higher income taxpayers. Top tax rates are likely to return to the pre-2001 levels of at least 39.6% for individual income and 20% on capital gains. Obama might seek to increase the long-term capital gains rate to 25% or even 28%. The dividend rate might stay at the 15% level.

That brings us back to the Pittsburgh Steelers. The family-owned team fears both rising estate taxes when the patriarch passes away and capital gains taxes if the team is sold after 2008. As a result, family members whose primary interests lie outside the NFL want to sell the team in 2008 and pay taxes at only the 15% rate. At the price the team is likely to sell for, an additional five percentage points on the capital gains rate would be a substantial amount of money. A number of business and real estate owners around the country are making the same calculation and considering sales in the coming months.

Individual tax rates might rise higher than 39.6%, because also under consideration is lifting the income ceiling on the 6.2% Social Security tax rate. These proposals are more complicated. Some would keep the ceiling in place for many people but re-impose the rate on income above $250,000 or so.

If Republican John McCain wins, taxes still are likely to rise but in different ways. McCain wants to extend the 2001 and 2003 tax rate cuts. It is an open question if he could accomplish that with a Democratic majority in Congress, but that is the goal. McCain likely would seek tax increases through what is known as expanding the income tax base: eliminating deductions and income exclusions.

The candidates also are planning a raft of tax reductions targeted at specific individuals or sectors, though there is no indication how they would be paid for.

The bottom line is that we should count on income taxes rising next year and perhaps capital gains taxes rising. Here are ways to reposition your assets and adjust tax planning ahead of the likely changes.

Verify cost basis. The capital gains tax is imposed on the amount realized from the sale minus the tax basis of the asset, which usually is its cost. In recent years investors have been lax about computing the cost basis. There will be reasons to be more diligent. Higher capital gains rates are one reason. Another reason is that financial institutions probably will begin reporting the cost basis to the IRS.

Many mutual fund investors forget to add reinvested distributions to the cost basis. With real estate and other assets, most of the costs of buying the property that are not deductible in the year of the purchase are added to the basis. Don’t pay extra taxes by understating the cost basis. Most financial institutions will help verify the cost basis, though a fee might be charged.

Consider tax-exempt bonds. Income investors who hold bonds to maturity might benefit from tax-exempts. They still offer attractive yields relative to treasuries, especially for residents of high tax states. The bonds are likely to be more attractive if income tax rates increase.

Exempt more income. Taxpayers who are eligible to open Roth IRA accounts or convert traditional IRAs to Roth IRAs should consider doing so. Paying taxes at today’s rates is likely to be cheaper than distributions at future income tax rates. We have discussed the ins and outs of Roth IRA conversions in past issues and also in my book, The New Rules of Retirement. Currently, only those with adjusted gross income of no more than $100,000 can convert to Roth IRAs. Only married taxpayers with adjusted gross income of up to $159,000 and singles up to $101,000 can contribute to Roths.

Remember that in 2010 all taxpayers will be eligible to convert traditional IRAs to Roth IRAs, and they will be able to defer taxes on the conversion. This is discussed in our March 2008 issue. The article also is in the IRA Watch section of the Archive on the web site.

For employees, tax-free benefits also will be a better deal than increased salaries.

Reduce tax deferral. A timeless rule tax planning rule is to defer taxes whenever possible. That is not as good of an idea when tax rates are likely to rise. That is why some people are considering selling businesses and real estate. It also is a reason to consider taking compensation in cash or exempt benefits rather than deferred income. An exception is someone who is in the top bracket now but anticipates being in a lower bracket when money is withdrawn from a deferred comp plan. That person would benefit from deferral even if top rates rise.

Reposition portfolios. Mutual funds that have low turnover in their portfolios usually make fewer taxable distributions to shareholders each year. More of the gains are left in the portfolio to compound tax deferred. Assets that generate a lot of ordinary income or short-term capital gains are better owned through IRAs or other deferred accounts. We discussed the right accounts for owning different assets in the July 2007 issue, and the article is in the IRA Watch section of the web site Archive.

There still are unknowns about how to plan for coming tax law changes. But we do know changes are coming, and there are some moves that can be made in anticipation. It might not be best to wait for the election returns before beginning your planning and execution.