Are You Using the Wrong Tax Rate in Your Retirement Planning? 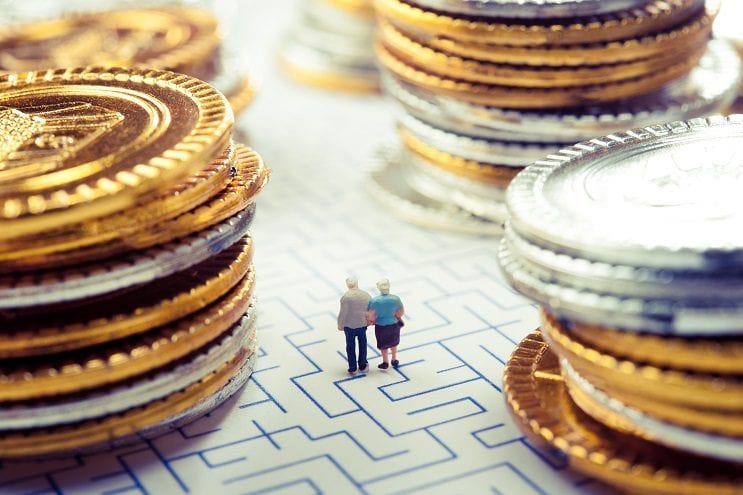 [Publisher Note: You’ll notice at the end of today’s story a link – and a very important one, at that. On this page is a special rebroadcast of Monday’s Retirement Watch member conference call… in which Bob and special guest David Phillips predict what Congress will do in 2022 and what it could mean for Americans’ retirement plans. They also cover in detail all the moves you can still make now – to put a moat around your retirement savings. Bob and David’s insights and predictions are usually spot on, so don’t miss out on this limited-time rebroadcast.]

Many people do their tax planning wrong… giving the IRS more money than they truly need to pay.

Often, that’s because they use the wrong tax rate in their planning. Determining the right tax rate to use can be especially tricky for retirees and near-retirees.

Most people consider their tax rate to be the rate of the income tax bracket they’re in now.

Another tax rate is your average tax rate. We have progressive income tax rates. The first $19,900 of taxable income is taxed at the 10% rate for married couples filing jointly.

The rates continue to rise as taxable income climbs, topping out at the 37% rate for taxable incomes above $523,600 for married couples filing jointly.

To determine your average tax rate, you divide the total income taxes for the year by your taxable income.

Your tax bracket rate and your average tax rate are important to know. Comparing them over time can show how effective your tax planning has been.

When considering any tax planning strategy, you want to use the marginal income tax rate.

The marginal income tax rate is the tax rate you’ll pay on the next dollar of income.

Or if you’re looking at a strategy that will reduce taxable income, it’s the tax rate that would have been charged on the additional income.

The tax rate on an additional dollar of income is the same as the tax bracket rate. There’s a difference only for someone who’s near the top or bottom of the tax bracket.

At the top of the tax bracket, for instance, an additional dollar of income might be taxed at the next higher tax rate.

It also is more complicated if you’re not in retirement but are considering a long-term strategy such as converting part of a traditional IRA to a Roth IRA.

The marginal tax rate is a more complicated determination in retirement because of the Stealth Taxes Congress created. Consider Social Security benefits.

Up to 50% of Social Security benefits are included in gross income when Modified Adjusted Gross Income (MAGI) rises above $25,000 for single taxpayers and $32,000 for married couples filing jointly.

Another factor for retirees is the Medicare premium surtax, using an acronym of IRMAA for income-related monthly adjusted amount.

The premiums charged for Medicare Part B and any Part D Prescription Drug policy increase as income rises. This higher premium is a tax.

The income tax return from two years ago is used to determine this year’s surtax.

The 2019 income tax return is used to set 2021 Medicare premiums. (Paid-up subscribers of Retirement Watch can get all the details of the surtax in past issues and on the web site.)

Another Stealth Tax is the 3.8% additional tax on net investment income.

The tax on long-term capital gains or on qualified dividends also can be a Stealth Tax. There’s a maximum 20% tax rate on these types of income, but the tax rate depends on your level of income.

But if taxable income jumps to the next tax bracket, the tax rate for long-term capital gains and qualified dividends rises to 15% and can eventually jump to 20%.

William Reichenstein, professor emeritus of investments at Baylor University, calculates that because of the tax on Social Security benefits, the marginal tax bracket for some retirees is 185% of their tax bracket rate and it exceeds 260,000% of the tax bracket rate for some people subject to the Medicare premium surtax.

You can see why I say that tax rates don’t decline for many people in retirement, and it’s not unusual for tax rates to increase.

That’s especially true for marginal tax rates of well-off retirees who are subject to one or more Stealth Taxes.

I call them the Stealth Taxes because Congress doesn’t impose a direct tax rate increase.

Higher taxes are imposed through the back door to raise your average tax rate and especially your marginal tax rate.

The effect of the Stealth Taxes on marginal tax rates of retirees is why it is important to consider converting all or part of a traditional IRA to a Roth IRA before retirement or in the early years of retirement.

The mistake many people make when deciding whether or not to convert an IRA or use other strategies is they look at only their expected tax bracket rates or average tax rates before and after retirement.

They don’t consider the marginal tax rates in retirement and the effects of the Stealth Taxes.

Every additional dollar that’s with- drawn from a traditional IRA during retirement is subject to the marginal tax rate.

For most retirees, their marginal tax rates are likely to be substantially higher than their tax bracket rates.

A good rule of thumb is that the more of your income that comes from traditional IRAs and similar tax-deferred accounts, the more likely you are to have a higher marginal tax rate in retirement.

P.S. A few days ago, I held a LIVE conference call for my Retirement Watch subscribers, in what turned out to be the biggest one we’ve had yet.

The reason? Well, my readers are plenty worried about their money in 2022 – which is why I invited special guest David Phillips of Estate Planning Specialists on for the call.

The questions David and I got were fantastic and wide-ranging, and we answered a number of them on the spot. And we discussed all the key retirement moves to consider now – especially since we’re coming down to the end of 2021. Truth is, this information is too important not to share with every Retirement Watch Weekly reader. So we’re giving limited-time access to the call, which you can listen to in its entirety on this page.

Click here for free access to our Special Rebroadcast. (Just click the Play button… and while you’re listening, be sure to read the list of questions asked by our members – to see if and how they apply to your situation.)