Financial Advice for Retirement, Social Security, IRAs and Estate Planning
Retirement Watch » Annuities » What is a Variable Annuity and How Does it Work?

What is a Variable Annuity and How Does it Work? 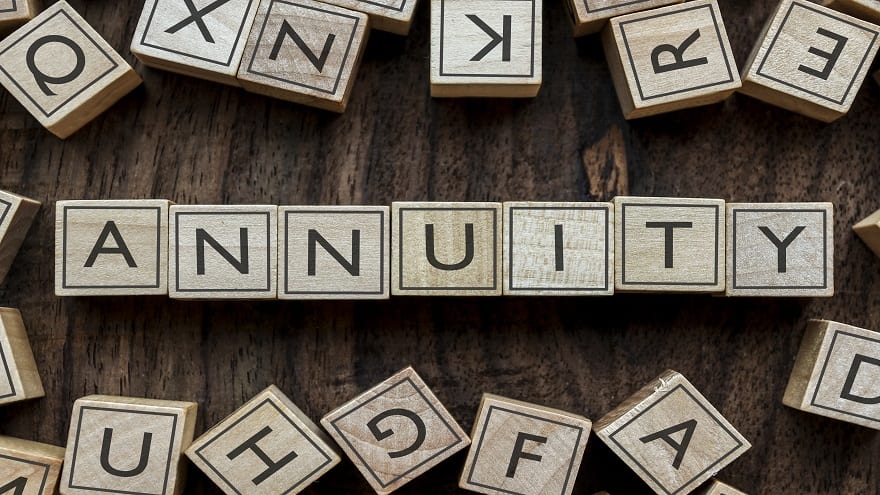 Variable annuities are a specific type of contract issued by an insurance company that requires the annuitant, or the annuity owner, to choose from a variety of investments to put the principal.

The funds put into the investment are called the principal, and the payouts received by the annuity owner are contingent upon the performance of holdings that are chosen. The value of the account will increase or decrease along with the underlying investment portfolio.

Example of a Variable Annuity

The following example will demonstrate the basic concept of a variable annuity. Judy purchases a variable annuity with an initial purchase payment of $150,000. Judy’s annuity has deferred payouts, which is common for variable annuities, so she will not receive any income until 10 years from now. She allocates $75,000 to a stock fund, and $75,000 to a bond fund. During the next year, the stock fund has an 8% return and the bond fund has a 6% return. At the end of the year, Judy’s annuity account has a value of $160,500 ($79,500 in the bond account and $81,000 in the stock account). Her annuity will continue to grow in this manner for the next 10 years before she starts receiving payouts. However, there will be fees subtracted from the account value.

How Does a Variable Annuity Work?

The first phase of a variable annuity contract is called the accumulation phase. During this time period, the annuitant first funds the account through a series of payments or with one lump sum. The money the annuity owner contributes to the account is then invested in an underlying portfolio within the annuity.

Under a variable annuity contract, the insurer usually allows the contract owner to allocate the principal into mutual funds that invest in stocks, bonds, money market instruments or some combination of the three. Other investments also might be offered. The insurer might limit the amount that can be allocated to each investment or require a minimum allocation to certain investments. It is imperative for the annuitant to read the prospectus, which is a document provided by the insurer containing important information about the investment options offered by that particular variable annuity. Once the annuitant is done funding the account, the accumulation phase continues as the investment portfolio (theoretically) grows in value. The accumulation phase includes all of the time that the principal is invested while the annuitant waits and allows the account to gain value.

The second phase of a variable annuity contract begins once the annuitant decides to receive distributions from the insurer. The second phase is referred to as the payout phase. It also is called the distribution or income phase. When an annuitant decides to enter the payout phase, he or she can decide how frequently the payouts will be made, and if the payouts will continue for the rest of his or her life, or only for a specified period of time. It is most common for annuity owners to choose to receive payouts monthly and keep receiving them until death. It often is possible for the annuity owner to take a lump sum distribution of the account value. Then, it can be transferred to another annuity that has a more attractive payout or it can be held in a taxable account.

While there is risk associated with variable annuities, the insurer often provides insurance on the annuity in the event that the investments perform poorly and the account value decreases. There are multiple types of insurance that can be included in a variable annuity investment. Some types of insurance are included in the original contract and some are optional but can be added for an additional fee. These protection options include death benefits to pass any remaining money to the beneficiaries upon the annuitant’s demise, guaranteed minimum income benefits that ensure a minimum rate of growth and lifetime income benefits that guarantee periodic payments for the remainder of one’s life, even if the account balance goes to zero. The prospectus also serves as a valuable source of information for protection options that can be added to the annuity, since it provides information about the annuity contract, including payout options, death benefits and fees that the annuitant will have to pay.

Pros of Buying a Variable Annuity

Variable annuities are advantageous because the annuitant potentially can benefit from market performance by investing in investments that appreciate significantly rather than receiving a fixed rate of interest. If the market performs well, the annuitant will receive higher payouts than from a fixed annuity, while also gaining certain forms of protection from the negative implications that would occur from a market decline.

Like all annuities, the money in a variable annuity grows tax-deferred, meaning the money accrues interest and makes gains from the investment portfolio without incurring any taxes. This increases the payout amounts upon the retirement of the annuity owner.

In addition, it is very common for variable annuities to come with a death benefit. This option allows the annuity owner to designate a beneficiary to inherit any remaining payouts at the time of death, as opposed to surrendering any accumulated assets to the insurer.

Cons of Investing in a Variable Annuity

Additionally, variable annuities can end up generating considerable tax liabilities. Once the annuitant starts to receive payouts, all of the gains that were made during the accumulation phase will be taxed at the annuitant’s ordinary income rate, which can end up being a significant amount of taxes if the annuity increased substantially in value over the years. Annuity distributions don’t receive the tax benefits of long-term capital gains and qualified dividends.

Furthermore, variable annuities have the highest fees associated with them out of all the different types of annuities. These fees can include administrative costs, underlying fund expenses, insurance and contract charges, and mortality and expense risk charges. While variable annuities offer the highest potential payouts, the annuitant must also consider its fees before purchasing one of them.

Variable annuities are also complex investments which are often difficult for many potential annuity owners to understand.

Variable annuities carry the greatest risk compared to fixed and indexed annuities, but variable annuities also have the potential to provide greater return. Variable annuities are a smart choice for retirees and pre-retirees who want the chance to earn capital appreciation in conjunction with the guarantee of life income, and are in a position to accept some downside risk on payouts. However, because there are multiple disadvantages associated with variable annuities, their use is generally limited to those who have already maxed out other retirement savings options, such as an IRA and a 401(k).

Special thanks in preparing this summary of “What is a Variable Annuity and How Does it Work?” goes to Bob Carlson, leader of the Retirement Watch advisory service and chairman of the Board of Trustees of Virginia’s Fairfax County Employees’ Retirement System with more than $4 billion in assets.

Olivia Faucher is a Retirement Watch Contributor with Eagle Financial Publications who writes for www.retirementwatch.com.