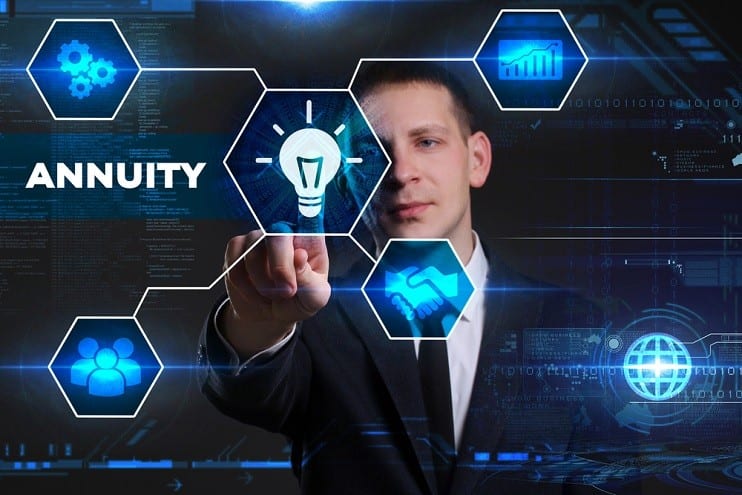 Few investors right now are buying the old-fashioned annuities. But as they shift from their accumulation years to their distribution years, many investors want some key features of annuities: tax deferral, guaranteed income, and income that cannot be outlived. Insurers are responding with an array of new features. Some are worth considering; others are the costly bells and whistles that clutter many insurance products.

Fixed annuity sales boomed after the stock market peak in 2000. Sales skidded as interest rates fell after 2002. Not many people are tempted by the low rates of recent years, especially in an immediate annuity that will lock in a fixed amount for life.

Take a recent study by the Charles Schwab Center for Investment Research. It studied a $1,000,000 portfolio for an individual who needs $65,000 annually, $21,000 of which will come from Social Security. The other $44,000 must come from the portfolio.

Suppose everything else is the same, but 30% of the portfolio is put in an immediate annuity that will pay $24,000 annually. Only 2.9% of the rest of the portfolio has to be withdrawn the first year, and there is a 90% chance the portfolio will last 30 years.

The main impediment to further use of annuities is inflation. Immediate annuities generally pay a fixed income each year. Over time, its purchasing power declines. The traditional advice is to have other assets invested in the markets for growth. Investors, however, want a guaranteed income and want to stay invested in the market with all their funds.

To entice these investors to annuities, insurers are adding provisions such as these to variable and fixed annuities:

A common feature to all these plans is cost. You are shifting risk to the insurer, and the insurer charges you for taking on that risk.

For example, the guaranteed minimum withdrawal benefit costs between 0.30% and 0.60% of the account’s value each year. This is in addition to the other variable annuity fees, which of course are fairly stiff. Insurers say it actually costs them more to provide this feature, but they expect that most people who pay for the rider won’t take full advantage of it.

The cost of living adjustment results in a lower initial payment than you would receive without the COLA. Consider whether you would be better off by taking a higher traditional immediate annuity payment. You could save and reinvest some of that payment instead of spending all of it. Or you could put less money into the annuity and invest the other money to preserve your purchasing power.

Likewise with the longevity insurance and personal defined-benefit plan, the insurer has a profit built in to the payments you make. If you outlive life expectancy, you will be among those who profit from the policy. Those who don’t live longer than the insurers assumed probably would have been better off investing on their own and leaving money to their heirs.

Another feature to beware of is the bonus interest rate.

Fixed annuity insurers use these to entice investors, often to switch from another annuity that has a high surrender fee. The annuity account is credited with extra interest, sometimes as high as 10%, the first year.

The new features and products all involve transferring investment and longevity risk from you to the insurer – at a cost. You decide if the cost is worth the transfer.

Traditional immediate annuities are not very enticing right now because of low interest rates. But as rates rise an immediate annuity can be a valuable addition to an investment portfolio. The annuity provides an income floor and keeps the portfolio’s value from bouncing around with the markets. It also is likely to make the portfolio last longer than one without an annuity.