Are You Saving Too Much for Retirement? 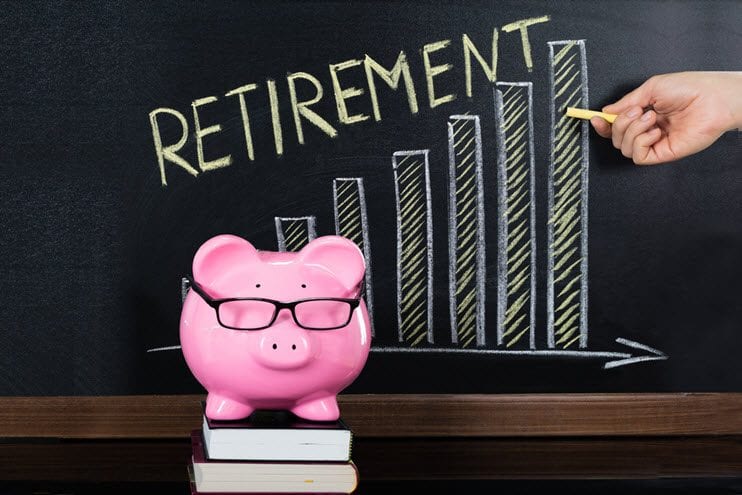 Two recent studies found that most people are on course to have enough saved for retirement. One study surveyed those born between 1931 and 1941 and found that at least 80% accumulated adequate funds for retirement. A separate study whose authors included two economists at the Federal Reserve concluded that among those ages 51 and older most will have enough resources for optimal retirement.

In a recent debate about 401(k) plans an official of a firm that manages such plans pointed out the misleading nature of claims that the average account has only a few thousand dollars. A high percentage of those accounts are young people who are only starting to save. He pointed out that the accounts of older workers have far more money in them and those accounts combined with other assets generally are enough for retirement. Also, the plans have been significant retirement saving vehicles for only 15 or 20 years. When today’s youngsters retire after 30 or more years of contributions, they will have sizeable balances. Today, 401(k) participants in their 60s who have had their plans at least six years have about $181,000 in their accounts.

But is this enough?

You probably have heard that you should have $1 million or more saved at retirement. The traditional retirement planning model starts with your pre-retirement income, assumes you will spend some percentage of that in retirement (usually 75% or 80%), and that inflation will increase the expenses each year. The data from those assumptions are used to project how much you need to save for retirement. If your projections are done using most web sites and retirement planning software or with the assistance of a financial services firm, they probably are done in some variation of this method.

As we pointed out in the past and in my book The New Rules of Retirement, the percentage of pre-retirement income used varies, and there is little or no research to back up any of the percentages. Recent research from economists suggests that the approach is wrong and overstates the amount of money needed in retirement. Some of the research concludes people are being told to save way too much.

Consumption falls in retirement for most people, but traditional researchers conclude that is because most people did not save enough. People adapt to their means rather than continuing their desired lifestyles.

Most of the new research, however, states that consumption falls by design. Retirees have more time and more choices, allowing them to buy carefully and do more for themselves. They can spend less without feeling deprived.

Here are some ways retirees spend less than their pre-retirement income without reducing their standard of living. A very high percentage of retirees own their homes free of mortgages and have paid for their children’s education. In addition, they eat fewer meals at restaurants but do so by cutting out fast food meals while visiting better restaurants the same amount of time. Older golfers play more, but they play at non-peak times when the fees are lower. Retirees can travel at non-peak times when costs are lower because they do not have to work around the school schedule. Work-related expenses, of course, are eliminated. If income is lower, then taxes also are likely to be lower, though that is true less often than in the past.

Since retirees have more time, they often will do for themselves things they paid others to do when both spouses had careers. These tasks include food preparation, cooking, cleaning, and yard work.

One study argues that there is no research showing that retirees spend more each year, which is a major assumption of the standard retirement planning models.

To the contrary, the recent research by economists shows that people are less active as they age, and that brings down living costs. While medical expenses are likely to rise, most other expenses decline over time. To reflect these results, some financial planners now propose a three-stage model for retirement spending. There is a burst of extra spending in the first five years or so of retirement because of pent-up desires such as travel. During this period, spending might equal or exceed pre-retirement annual income.

In the second phase, spending is less robust as retirees settle into more of a routine. They travel less and spend less on big items. Finally, people in their 80s and 90s spend considerably less in most cases than they did earlier in retirement. They are less active and might downsize their entire lifestyle.

There are consequences if traditional retirement planning is wrong. Saving too much during the working years means depriving yourself and your family of things when you were younger and arguably more likely to enjoy then. Another consequence is that people might be able to withdraw safely more than the 4% annually from their retirement plans that is often recommended, improving their retirement standard of living. Of course, heirs might end up with more money if their parents are oversaving and underspending.

One economist, Lawrence J. Kotlikoff of Boston University, developed software called ESPlanner, available for about $199, using dynamic programming rather than traditional retirement spending models. It attempts to incorporate some of the lifestyle adjustments and spending changes over time that we have discussed. Also, Kotlikoff looks at pre-retirement spending and determines which expenses you won’t need in retirement.

For most people the software estimates savings needs to be far lower than the widely-used web sites and software. Kotlikoff says overestimations range from about 35% to almost 80%. A downside is that the data entry is more burdensome than for the other models.

It is too early to know how accurate Kotlikoff’s model is. I suspect he has gone to the other extreme and underestimates spending. I have said for years that the traditional planning model is wrong. The pre-retiree needs to determine the lifestyle he or she wants in retirement and how much that will cost today. Apply inflation to each expense to learn how much that lifestyle will cost in retirement and how much money needs to be saved. Also, plan for periodic major expenses and emergencies. Then, plan on reduced spending in the later years. Preretirement income is not a factor. Whether that approach results in a higher or lower target than the traditional method depends on your desired lifestyle. That is the real point. Retirement planning should not use rules of thumb. It should use your goals and lifestyle.