How to Save Money on High Prescription Drug Costs in Retirement 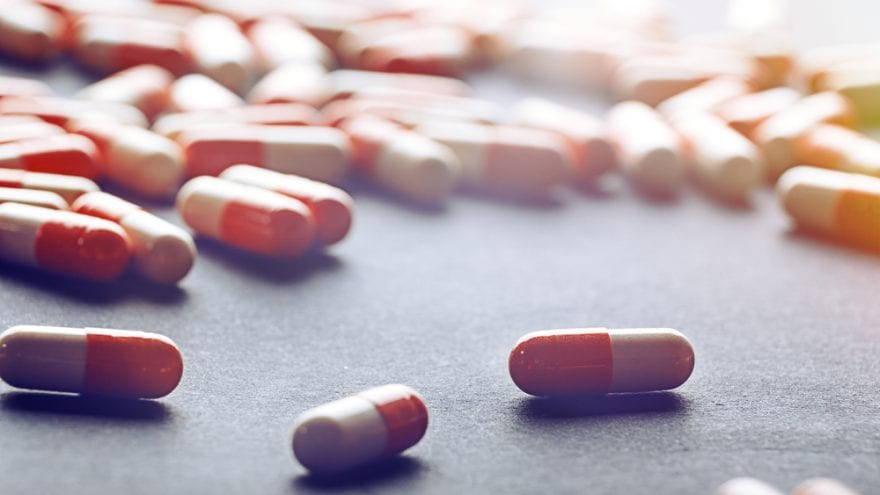 As you might expect, medical care will be one of your highest expenses during retirement.

And prescription drugs will be among your highest medical expenses.

A 65-year-old couple today that has median prescription drug expenses for the rest of their lives will need $165,000 of savings to have a 50% chance of covering their health expenses in retirement, according to the Employee Benefits Research Institute.

I’ll talk about Part D plans, but be sure to look at the same factors when considering an Advantage plan.

The most important rule is: Shop around.

If you take nothing else away from this discussion, it should be the importance of shopping around.

Studies of Part D plans found that premiums can vary by as much as 100% for plans available in the same area with identical or very similar coverage.

People don’t like to shop for insurance and many don’t know what to look for, so they pay higher premiums than they need to.

Shopping around is relatively easy, especially if you have Internet access. The Medicare website has summaries of all the plans available in your area with links to details at the insurers’ websites.

You also can talk with someone at 800-MEDICARE to discuss the plans available in your area.

In many areas, help is available through the local Area Office on Aging or non-profit groups. There also are financial advisors who specialize in helping to choose Medicare plans for a fee.

Of course, you start with the monthly premium, but don’t end there.

The plan with the lowest premium might offer coverage that is inappropriate for you and costs more in the long run.

A plan with a higher premium might offer advantages such as a lower deductible and broader coverage.

Perhaps the most important feature of a Part D plan is the drugs covered, also known as the formulary.

Insurers choose which drugs they cover and the extent of the coverage. Determine a plan’s coverage for medications you already use or believe are likely to need in the future because of personal or family medical history.

A plan might cover only generic drugs when they’re available for a condition. Usually, you have to try the generic first and determine either that it isn’t effective or has side effects before a brand name will be covered.

When several different drugs are available for a condition, a plan might not cover all of them.

New or experimental drugs usually aren’t covered at all, and off-label use of a drug might not be covered.

When a drug is available in different forms, such as a tablet, capsule, lotion, or gel, a plan might not cover all the forms.

Each year, as Part D open season approaches, review your plan’s revised formulary for any changes.

A plan can change its details each year. Drugs that are covered one year might not be covered the next.

Each plan sets its annual deductible, the amount you have to spend before the plan covers any medications.

It can’t be more than $360, adjusted for inflation each year. Some Part D plans have no annual deductible.

Each policy has its own copayments or coinsurance. In most policies, they vary in what are called tiers.

Also known as the doughnut hole, the coverage gap makes a policyholder responsible for more prescription expenses within a certain annual spending range.

In 2017, after you and the plan had spent $3,700 together on covered drugs, you were in the coverage gap. (The level can change each year.)

The percentage you pay for drugs in the coverage gap decreases each year until it settles at 25% for both types of drugs in 2020. The coverage gap is scheduled to end after 2020.

Once your spending for the year exceeds the coverage gap limit, which was $4,950 in 2017, you were in the catastrophic spending range. In that range, you pay only 5% of the cost of covered drugs.

A plan might offer some additional help while you’re in the coverage gap.

Though the coverage gap can be complicated, you need to understand how much you might pay for prescriptions while you’re in the gap before selecting a plan.

To obtain coverage, you might be required to use only certain pharmacies. Often, continuing prescriptions must be refilled through a mail order pharmacy selected by the insurer.

It is important to enroll in a Part D plan or a Medicare Advantage plan when you’re first eligible.

If you don’t and enroll later, you’ll pay a higher premium every month for the rest of your life. The amount of the higher premium will depend on how long you waited before enrolling in Part D.

If you don’t need coverage when you’re first eligible, sign up for the cheapest Part D policy available. You can switch to a different policy during the annual open enrollment period in the future when you have different prescription drug needs.

Reevaluate your choice each year as open enrollment approaches.

Plans change their terms each year, and your needs might change. A plan that worked well for you in the past year might not in the next year.