Financial Advice for Retirement, Social Security, IRAs and Estate Planning
Retirement Watch » Home Equity & Senior Housing » Mortgages and Debt » What is a Reverse Mortgage and How Does it Work?

What is a Reverse Mortgage and How Does it Work? 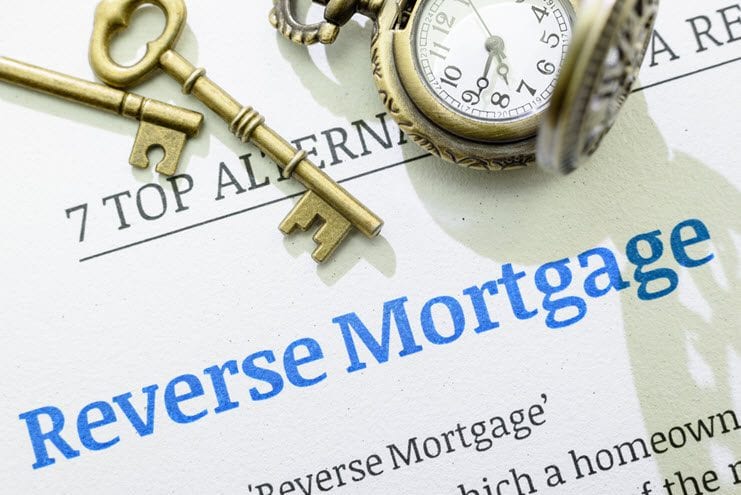 A reverse mortgage, also known as a home equity conversion mortgage (HECM), is a loan available to homeowners over the age of 62 that allows them to borrow money based upon the value of their home equity, their age, and current interest rates.

A reverse mortgage becomes due and payable when the homeowner moves, sells the house or passes away.

Reverse mortgages can be great for someone who owns a home with little or no debt and  wants additional income. The loan proceeds can be used for any purpose, including paying bills, home maintenance, long-term care, and more.

With a reverse mortgage, the amount the homeowner owes increases over time, unlike a traditional mortgage in which the debt decreases over time as payments are made. This is because no payments are made on the reverse mortgages as long as the borrower resides in the home. Instead, interest compounds on the loan principal while the loan is outstanding. As the balance in the loan increases, the home equity decreases. Eventually the homeowner or the homeowner’s heir(s) pay the loan from the proceeds of selling the property. Most reverse mortgages are insured by the federal government. If the amount due on the loan exceeds the sale proceeds of the home, the government reimburses the lender or the difference.

How Does a Reverse Mortgage Work?

In a reverse mortgage, the lender gives loan proceeds to the homeowner. The homeowner can elect to receive a lump sum (as with a traditional mortgage), a line of credit, or a series of regular payments (much like an annuity). The homeowner also will owe various fees and charges, which often either can be included in the loan amount or paid separately. No payments are due to the lender as long as the borrower maintains the home as his or her principal residence. Usually no payments are due as long as the borrower’s spouse maintains the home as his or her principal residence. The loan proceeds are tax-free to the borrower.

While the loan is outstanding, interest accumulates on the loan principal at an interest rate established at the beginning of the loan. That means the outstanding balance will be more than was borrowed, because of the accumulated interest. The homeowner is required to maintain the home, pay real estate taxes, and keep homeowner’s insurance in force. If these requirements aren’t met, the homeowner can be declared in default and the mortgage plus interest would have to be paid.

The longer the homeowner lives past average life expectancy, the more likely it is that the amount due on the reverse mortgage will exceed the value of the home. When the loan balance is more than the sale proceeds of the home, the federal government reimburses the lender for the difference. The homeowner’s estate and heirs don’t have to make up the difference, when the loan was federally insured.

It’s likely that the heirs or estate of the homeowner will receive little or no equity from the sale of the home in many cases. It’s important that the homeowner let the estate executor and heirs know about the reverse mortgage and that it will have to be paid. The executor and the heirs also should be told if the reverse mortgage is federally-insured so they will know the lender can’t seek from them anything beyond the sale proceeds of the home. When the sale proceeds exceed the outstanding loan balance, the estate or the heirs receive the excess amount.

Benefits of a Reverse Mortgage

Reverse mortgages can provide a large lump sum of money or a line of credit to those who want to tap their home equity while living in the home. The loan proceeds can be used for any spending but generally are used to pay for monthly living expenses, home maintenance and repairs, or long-term care provided in the home. The borrower’s credit worthiness doesn’t matter, because the home equity backs the loan. The borrower only needs to show that his or her income is sufficient to pay the home’s taxes and insurance and maintain the home.

Special thanks in preparing this summary of “What is a Reverse Mortgage?” goes to Bob Carlson, editor of the Retirement Watch financial advisory service and chairman of the Board of Trustees of Virginia’s Fairfax County Employees’ Retirement System with more than $4 billion in assets.

Jaxon Kim is an editorial intern with Eagle Financial Publications.