Which Way for Inflation 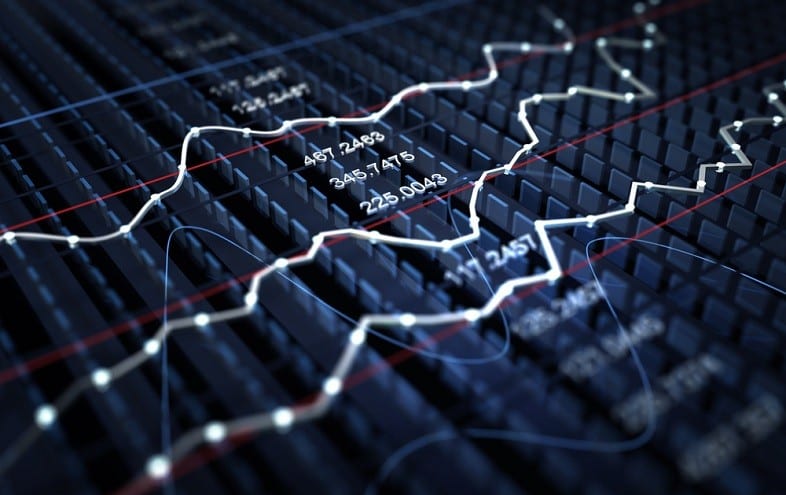 Is the inflation surge temporary, or is it a longer-term condition that needs strong Federal Reserve action to correct? That question will hover over the markets for at least a year. Until the answer is clear, it is best to invest with balance, diversification, and a solid margin of safety.

One school of thought is that the Fed waited too long to act. It established a loose monetary policy after the 2001 recession, and made money even easier after Sept. 11, 2001. The easy money helped fuel China’s growth and caused a worldwide surge in commodity prices. It also has returned pricing power to many U.S. businesses.

These analysts believe the Fed needs to increase short-term interest rates to at least 4% fairly quickly and hold rates there for some time.

The other school of thought is that much of the inflation rise is due to the spike in oil prices and to the dollar’s decline in 2003. They see rising consumer prices lasting for perhaps a year. By then, economies in the U.S. and China will have slowed, reducing the demand for oil and other commodities. The dollar also will have firmed. After that the deflationary forces in the economy will dominate again.

Recent commodity price action seems to support this theory. These prices have been in decline since early 2004. Some of these analysts think the Fed might be looking to reduce rates again by late 2005.

I expect events to take a course between these two theories. The markets already have done much of the Fed’s work by raising long-term interest rates. The Fed won’t need to raise rates sharply. Short-term rates are likely to reach 4%, but it will take a year or more. Even as the Fed is raising rates, it will use its other tools to keep liquidity in the economy and to ensure it doesn’t slide back into a recession or deflation.

The deflationary forces that began taking hold around 1997 still are strong. The Fed will be more concerned about the re-emergence of deflation than about runaway inflation.

The stock market indexes continue to meander. But a lot has been happening beneath the surface.

The small stock bull market probably is drawing to a close. Seven years is about the length of the average small stock bull market. Managers of small stock funds report having a particularly hard time finding good stocks to buy. Almost 200 small stock funds are closed to new investors, including almost all the top performers. My recommended Core Portfolio holding for Sector and Balanced investors, T. Rowe Price Small Cap Stock, is closed. A good alternative is Third Avenue Value Small Cap. Cash levels are high in many small company funds. All these factors are signs of a market top.

Another development is that technology stocks are taking a beating. The riskiest assets, especially stocks of technology companies, had the best returns in 2003. Now, investors are shying away from risk and selling most technology stocks. The turning point was when the Nasdaq dropped over 2% in the first day of trading after the July 4 holiday.

One victim of the tech stock slide was TCW Galileo Select Equity. The fund’s portfolio of growth companies includes a heavy percentage of tech stocks. It had a great run in 2003 with a 50% return. But on July 16 it fell through the sell signal I set for it. We’ll let the market continue its backing and filling for a while. Hold the sale proceeds in a money market fund until our next monthly visit.

Hussman Strategic Growth fund continues to remain fully invested in a portfolio of growth stocks that sell at reasonable prices. But the portfolio is 100% hedged against general market declines. The indicators followed by manager John Hussman continue to say that the stock market is extremely overvalued and that market trends are unfavorable.

Hussman does not make market forecasts. His system follows what actually is happening in the markets. If market conditions change, he will remove the hedge and allow us to profit from appreciation in the fund’s stocks. In the current market and economic environment, this flexible, responsive fund is a good place to keep the largest portion of these Managed Portfolios. The fund will outperform the market indexes in falling markets. It will earn solid returns in rising markets but likely will lag behind the market indexes.

We continue to watch Cohen & Steers Realty Shares make a dramatic comeback from its sharp drop in April. The “hot money” that was chasing REIT yields and returns the last few years apparently is gone and in search of other, greener pastures. CSRSX was up about 13% for the year before the correction, and now is back to a 10% return for 2004.

REIT stocks are benefiting from economic growth, which leads to higher occupancy rates in all property types and higher rents. We’ll continue to own this fund. But I’m adding a sell signal as protection against getting caught in a general market decline.

Driehaus Emerging Markets Growth also is making a comeback from a decline in the spring. In fact, it has outperformed U.S. stock indexes for the last couple of months, proving the value of diversification and patience. The fund should continue to benefit from the high-growth international economies of Asia, and continuing strong demand for commodities.

The correction in the spring was triggered by efforts to slow China’s growth. The risk in this fund now is that the U.S. and China might slow their economies too much. Keep the fund in the portfolio, but I’m updating the sell signal to incorporate the new market environment.

I continue to look for other opportunities to profit from the long-term commodity boom. Currently, emerging market stocks are the best vehicle for us.

The dollar started another decline after a pause in the spring. That means another profitable streak for American Century International Bond. I still believe we are in a fairly early stage of a long-term decline in the dollar that should last about five years. It won’t be an uninterrupted, steep decline but will be more of a stairstep pattern. BEGBX’s portfolio of international bonds benefits as the dollar falls. The fund is the best way for individual investors to profit from a falling greenback.

There’s been a little life in the income investment markets since early June. Bonds fell hard in the spring, incorporating an expected series of interest rate increases before the Fed even took any action. But in June and July a few weak economic reports convinced investors that the Fed wouldn’t have to raise rates as much as previously believed. Bonds rallied, and continued rallying after the Fed’s first rate increase.

The bond rally was premature. The economy is growing, and the Fed will be increasing interest rates for a while yet. I’ve said in past visits that long-term rates will peak before the Fed is through raising rates and before most investors anticipate. But we are not at that point. Even if the recent surge in inflation is temporary, short-term interest rates will rise through most of 2005.

Income investors need to maintain a margin of safety by investing primarily in short-term corporate bonds through Vanguard Short-Term Corporate Bond fund. We continue to balance this fund with positions in Cohen & Steers Realty Shares and Dodge & Cox Balanced. These two funds pay high income and have good potential for capital gains.