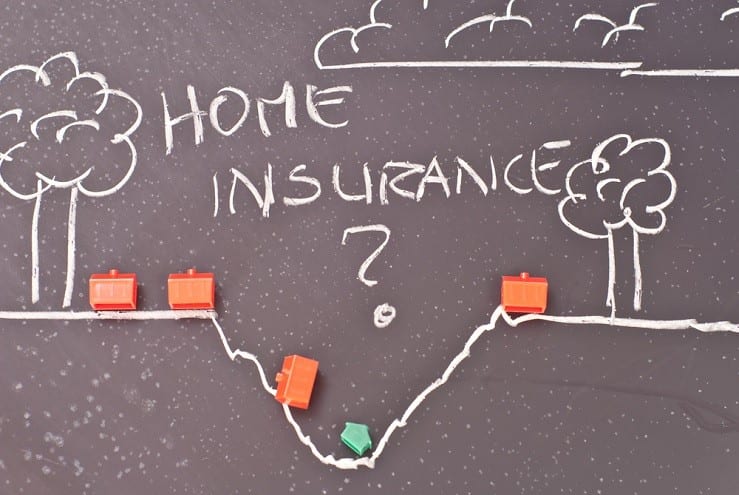 Natural disasters and terrorism affect more people than realize it. One way almost all of us are paying for these events is through homeowner’s insurance. Those who don’t learn about recent changes and adapt to them risk paying more for insurance. More importantly, many homeowners are now unwittingly underinsured.

Problems for insurers started with Hurricane Andrew in 1992. They weren’t prepared for such large losses concentrated in one area. Since then, meteorologists report that we’ve had more hurricanes and other severe weather events than in the prior decades. In addition to storm damage, there has been higher humidity in some states, leading to high claims for mold and other moisture-related problems.

The weather, the rising cost of home repairs, and soaring housing values result in claims inflation.  That’s when a larger number of claims than anticipated are filed for far greater amounts than forecast.

Homeowner’s insurance was changing before Sept. 11, 2001. A number of insurers simply stopped doing business in states with high claims inflation. Other insurers increased premiums dramatically and narrowed standard coverage. In almost all states, standard policy terms have been changed to reduce coverage. Sept. 11 was merely the final event in a series. Let’s take a look at the changes these events made in your coverage and how you should respond.

Comprehensive coverage. The standard homeowner’s policy states that all losses are covered except those caused by certain events listed in the policy. Insurers are expanding the list of exclusions in many states. Instead of covering mold damage, newer policies might exclude it. To be covered for mold, then, you have to buy separate coverage. Texas has been particularly hard hit by mold, and most insurers there no longer offer mold coverage in the standard policy. Those insurers that do include mold in comprehensive coverage are charging much higher premiums than in the past.

Homeowners need to closely review their insurance policies, especially any amendments they received in recent years. You can become covered for almost any item that is excluded under your policy, but you have to pay extra for a rider. Because of the recent changes, it is important to review what is not covered under your current policy.

Guaranteed replacement coverage. This insurance tradition is another casualty of the last decade. It used to be that if your home was damaged or destroyed, the insurer would pay to restore the house to its original condition. Insurers were not strictly requiring the value of the home or the cost of replacing to be it accurately stated in the policy. If there was damage, the homeowner paid the deductible and the insurer handled everything else.

All that has changed. The cost of home repairs is rising faster than inflation. In many areas, there are shortages of carpenters and other home repair workers. The result is that the cost of replacing a damaged home is more than insurers anticipated. Now, you have to be sure that the value of your home is accurate in the policy. Most policies now limit the insurer’s payments to 120%-125% or so of the stated value in the policy. It is your responsibility to keep track of the home’s market value and the cost of rebuilding the home, then be sure it is reflected in the policy.

If your home is older or it has a lot of custom features, ask your insurance agent how this affects your coverage. With an older home, you want to be sure the coverage will pay for any work that must be done to bring the home in compliance with current laws and housing code standards. In most areas, when substantial work is done on a home, the areas being altered must be upgraded to current code standards. That is more expensive than simply repairing the damaged area of a home. For custom home features, be sure that the policy covers replacing these and not simply standard construction. If it doesn’t, purchase a rider that does so.

Understated value. The 1990s saw a boom in home improvements. Finishing basements, adding rooms, expanding decks, and other improvements were common activities. They increase the value of your home and the cost of repairing or replacing it. Any improvements to a home should be reported to your insurance agent. Many people don’t report these improvements and are underinsured when a casualty occurs.

Also, check your flood and water damage coverage. Floods are excluded from most policies. You need a rider for coverage. You also might not be covered if your sewer or drain backs up into the house. Again, an additional-cost rider is available for this coverage.

Terrorism. At the moment, you probably are covered for damage from terrorism. The standard homeowner’s policies cover specific types of damage and do not ask how the damage occurred or who caused it. If someone was at fault, the insurer pays for the damage then considers whether or not to sue the responsible party.

But don’t relax just yet. Insurers are considering excluding terrorism damage from the standard coverage. You could pay extra for the coverage. Several states recently gave insurers permission to exclude terrorism from their standard homeowner’s policies. These include Arizona, Colorado, North Dakota, South Dakota, and Kentucky. The Wall Street Journal reports, however, that the dominant home insurers, such as State Farm and Allstate, have not asked to exclude terrorism.

In addition, most policies exclude damage from acts of war or civil disobedience (riots). The insurance company lawyers are reviewing these clauses carefully and will consider invoking them in future terrorist incidents. Also, if anthrax enters your home and you need expensive treatments to eradicate it, this cost might not be covered. That’s not clear.

Commercial insurance policies cover terrorism damage to common areas in co-ops and condos. If you live in such a unit in a potential terrorist target area, there could be a sharp rate increase when the policy is renewed.

Claims and personal history. Insurers don’t like to spend time and money processing small claims. If you have a low deductible on your policy and put in a claim for everything over the deductible, an insurer might decline to renew your policy or increase your premium.

How you maintain your home and yard also are factors. A tree falling on your house is a covered event. The insurer, however, might conclude that a responsible homeowner should have seen that the tree was a problem and had it cut down. The insurer will pay the claim, but it also will consider dropping you or increasing your premium. Many insurers now expect you to be proactive and prevent damage.
Insurers also believe there is a relationship between credit history and insurance claims. They examine credit records and decline to cover some people with poor credit histories.

Your first priority for homeowner’s insurance is to learn what is covered and what isn’t. Then decide if you want to add riders for non-covered events. That could increase the premium. Your next step would be to reduce the premium by increasing your deductible. The higher you increase the deductible, and the more small claims you handle personally, the lower your premium. Finally, ask your insurer or agent for other ways of reducing the premium. Many will reduce premiums, for example, if auto and home insurance are with the same company or certain features are installed (such as smoke alarms).