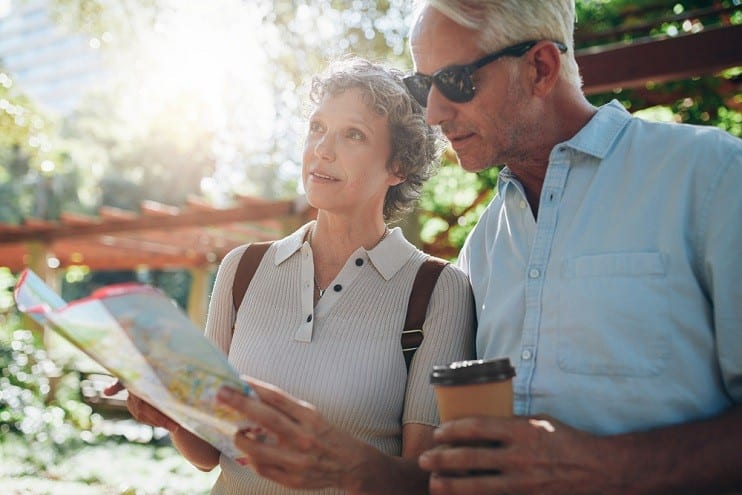 Older Americans might be becoming “half backs” instead of “snowbirds.”
A snowbird, as you probably know, is someone who lives most of the year in a cold weather area but spends a few winter months in a warm weather state. Usually the retiree treks from a midwest or northeastern state to Florida.

But many older Americans are becoming dissatisfied with Florida. They are looking for other areas in which to spend all or part of their time in retirement. The areas they frequently come up with are those about halfway between the northern states and Florida. Those states include the Carolinas and Tennessee.

There are many reasons why older Americans are looking at new locations. For many, Florida is becoming too crowded. Others don’t care for the hot, humid summers. Some want to experience all four seasons of the year. And others want to be closer to their family than they would be in Florida.

I know people who tried out the traditional retirement havens in Florida and left because there were too many of the “elderly old.” They wanted to be around all age groups, not among primarily older people.

The Carolinas and Tennessee have mild winters compared to the north. But they don’t get as hot and humid in the summer as Florida or hit the 100 degree temperatures of Arizona and Texas.

Major retirement home developers are taking advantage of and even pushing this trend. Del Webb established a Sun City developments in Hilton Head and markets it with seminars in Florida retirement havens.

Census data and various surveys also reveal this trend. Florida still has more retirees than any other state. But its share is shrinking. According to one survey, the states that had the highest growth of people age 65 or older in recent years were Nevada, Alaska, Hawaii, Arizona, and Utah. Other states reporting growth in older residents are the mid-Atlantic states, Oregon, and many college towns. In fact, college towns often are catering to the elderly by offering classes at reduced rates and other services.

What are the factors that make older Americans choose a retirement location other than Florida? Here are the key considerations:

As I’ve said before, the rules of retirement are changing. The usual sunbelt retirement locations aren’t the draws they used to be. You should research and experience an area thoroughly before moving. Rent for extended periods. Visit at different times of the year, and get to know several communities in the area. You don’t want to be one of the retirees who selects a retirement location only to be disappointed and make another expensive move a few years into retirement.