How Social Security Can Help Your Spouse 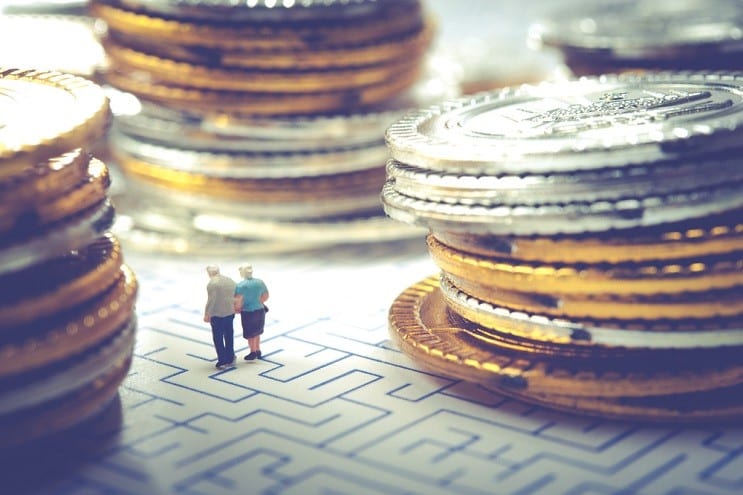 A key issue everyone faces is when to begin Social Security benefits. One aspect of this decision that is easy to overlook is how the choice could affect a spouse’s lifetime income.

We’ve discussed when to begin Social Security benefits in past visits, most recently in the May 2002 issue (available in the Archive of the web site in the Cash Watch section). These discussions have focused on the income that would be received by the retiree. Sometimes it makes more sense to consider the income that would be paid to the retiree’s spouse, either now or as a survivor. When the spouse’s income is the prime consideration, the choice might be different.

For everyone who was born by 1936, the starting age for full benefits is 65. For those born later, full retirement age rises on a sliding schedule until it is age 67 for those born in 1960 and later. Higher benefits can be earned by delaying receipt, until there is no additional benefit for delaying receipt past age 70.

When considering only the retiree’s situation, I recommend calculating the break-even point. Here’s a review of how to do that.

Receiving benefits before full retirement age gives a lower lifetime benefit, but the benefit is received for a longer period. Determine how long you have to live to make getting the money earlier pay off.

Suppose Max Profits can take full benefit at age 65 or a higher benefit at 70. The full benefit at 65 would be $1,400 per month and waiting until age 70 would result in $1,820 monthly or 130% of the normal benefit. That extra benefit is $420 per month. By taking benefits at 65, the lower benefits are received for an extra 60 months.

Max needs to multiply the normal retirement benefit by the number of months they will be received. That’s $1,400 times 60 for a total early payment of $84,000. Divide that by the increased monthly benefit for waiting until age 70, which is $420. The result is 200. That is the number of months it will take for the higher lifetime payments Max would receive for waiting until age 70 to catch up with the lifetime payments that would be received if Max started benefits earlier. Divide by 12, and that comes to 16 and two-thirds years. Max has to live until almost age 87 to make the delay in benefits pay off. That exceeds the life expectancy of both men and women for his age group, so Max has to live beyond life expectancy for delaying benefits to pay off. If Max dies before age 86 and eight months, Max along with his family have lost money.

This calculation doesn’t cover all the variables. It does reveal enough for most people to make the decision.

Let’s look at an example. Suppose Max and Rosie Profits each works until eligible for full retirement benefits. Max is entitled to a monthly benefit of $1,000 and Rosie is eligible for $300. Because Rosie’s earned benefit is lower than the 50% she could receive as Max’s spouse, she’ll receive the $500 as Max’s spouse. Suppose Max dies first. Then, Rosie can change her benefit to the $1,000 per month she is entitled to as Max’s widow. If Max dies first he continues to receive his $1,000 benefit.

The effect on a spouse is something to keep in mind when choosing the starting date for Social Security benefits. For example, a husband might decide that he has no reason to expect any special longevity and is inclined to begin benefits at age 62. That way, he doesn’t have to rely on living a long life to make the decision pay off. Also, he might believe that he could invest the Social Security benefits or avoid tapping his other retirement funds for a few years by taking benefits at 62.

The decision might change, however, if he considers his wife. As a woman, she is statistically likely to live beyond the expectancy for the age group. If she survives her husband and her earned retirement benefits are lower than the husband’s or she qualifies only for the 50% spousal benefit, she will upgrade to her husband’s benefit after his death and receive that for the rest of her life. That benefit might be more important to her standard of living after her husband is gone. The estate might be reduced by various costs and taxes. Perhaps the husband’s death also will reduce or eliminate a source of income.

After considering this, the husband might be inclined to delay his benefits so that his wife will receive more after he passes away.

For most retirees, Social Security is a significant source of income. The benefits might be even more important to a surviving spouse. For that reason, consider the effects on your spouse before deciding when to begin Social Security benefits.

☎ 1-800-552-1152
October 2022:
Congress Comes for your Retirement Money
A devastating new law has just been enacted, with serious consequences for anyone holding an IRA, pension, or 401(k). Fortunately, there are still steps you can take to sidestep Congress, starting with this ONE SIMPLE MOVE.