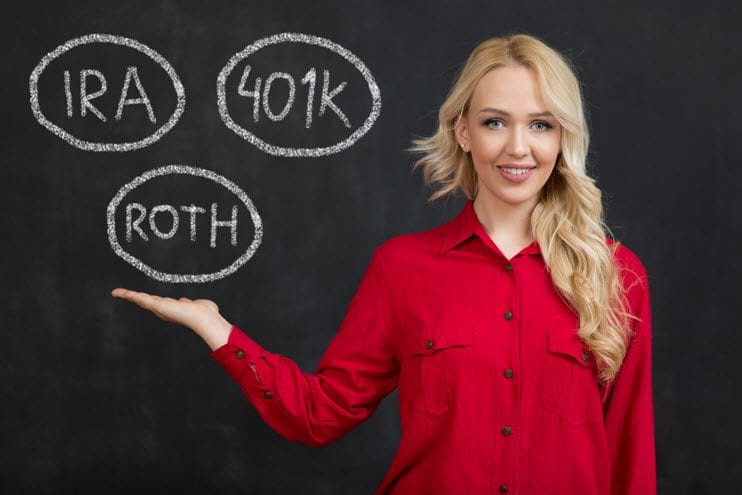 Many employees have a new retirement-saving option, and many more will have that option over the next year or two. Should you take this option?

The income and gains earned by the account are untaxed. When qualified distributions are taken from the Roth 401(k), they are tax free.

In a regular 401(k), deferrals avoid federal and state income taxes but face payroll taxes. Income and gains compound tax deferred within the account. When distributions are made, they are taxed as ordinary income.

Conventional wisdom from many advisors is to choose the Roth option if you anticipate being in a higher tax bracket in retirement. Otherwise, choose the current tax benefits of the regular 401(k). That advice does not hold up to more detailed analysis. The Roth 401(k) option will be the best choice for most employees who have a choice.

The conventional wisdom is burdened by the difficulty of determining one’s tax bracket in retirement. Few of today’s retirees are in the tax bracket they expected. Tax rates are changed by Congress, and treatment of income and expenses also change. Even as they approach retirement many people believe they will be in lower brackets in retirement, yet they turn out to be in the same or higher brackets.

The traditional 401(k) is tempting to most employees. If the Roth is selected, cash available for other investments and for spending is reduced because the tax savings are lost. The taxes on the $15,500 will be $5,425. To pay that tax, the employee has to earn $8,346, because that additional income also is taxed. Most people want to maximize current cash flow and prefer the front-loaded tax benefits of the traditional 401(k).

But that is not their best choice in the long run. I did a simple model of the alternatives. Potential employer matching contributions were ignored, because they are treated the same under either alternative. I also considered only federal income taxes and assumed a 7% annual investment return.

With the traditional 401(k), Max will have an account value of $462,523 after 15 years. But the after-tax value of that account is only $300,640, because he will owe taxes on the distributions. Let’s assume that Max would invest in a taxable account the tax savings he receives from choosing the traditional account over the Roth 401(k). That side account builds to $129,381 after 15 years, giving Max a total after-tax value of his two accounts of $430,021.

In a Roth account, Max will have built up $462.523. That also is the after-tax value, since qualified distributions from the Roth will be tax free.

Under this analysis the Roth is the better choice for Max. One can play around with the assumptions and change the results. But I tried different assumptions and found the Roth to be superior in most cases. The only consistent exception is the conventional wisdom case of someone who is in a lower tax bracket in retirement. Even this advantage disappears if retirement is more than 15 years away. Another factor weighting in favor of choosing a Roth is that most people would spend at least some of the tax savings from the traditional account, leaving less money available in retirement. That won’t happen with the Roth 401(k).

A further point in favor of the Roth: At retirement a Roth 401(k) can be rolled into a Roth IRA without incurring additional taxes.

There are a few other factors to consider. Contributions can be withdrawn tax free and penalty-free from the Roth at any time. With the traditional 401(k), only hardship distributions (taxable) and loans are available.

In addition, after age 70½, there are no required minimum distributions for the Roth owner. Distributions also are tax free to heirs and can be spread over their life expectancies. Those who anticipate having high incomes in retirement should consider that distributions from a traditional 401(k) or IRA will increase gross income. That can increase the loss of tax breaks or even trigger the alternative minimum tax. Under current law, those are not problems for Roth account owners.

Another point to consider is that income tax rates today are relatively low. Individual taxpayers might be able to change their mix of income and deductions to push themselves into lower brackets in the future. But the political trends at this point indicate that tax rates are likely to rise for at least some taxpayers in the future. That is another point in favor of paying taxes now with the Roth instead of later with the traditional account.

If an employer allows it, deferrals can be split between a Roth and a traditional 401(k) each year. Some advisors favor doing this. The uncertainty of the tax law and the effects of either account are arguments in favor of tax diversification.

The Roth 401(k) is an attractive choice. Since the 2006 tax law made this provision permanent instead of temporary, more employers are likely to offer the accounts. My analysis shows most employees would be wise to choose them.