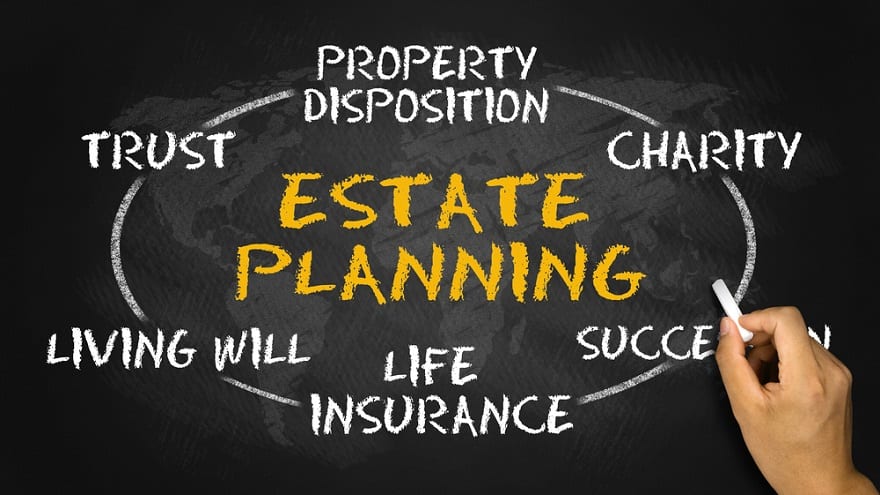 Here is a look at some of the more important issues in Estate Planning and how to resolve them.

Who’s in charge? Every estate and estate planning strategy needs at least one executor or administrator (the term used depends on your state). Every trust needs one or more trustees.

Most people appoint the oldest adult child to these positions, even if the spouse still is alive. Keep in mind that this puts that child in charge of everything. Depending on family dynamics, that move could trigger or aggravate family jealousy and rivalries. Appointing all the children as co-executors on the other hand could slow down the process and invite disputes and disagreements over even the most minor items. If the executor does not live near you, the distance could make the estate settling process more difficult.

Appointing the family lawyer or other professional always is an option. Unfortunately, that increases costs and can drag out the process of settling the estate.

The right choice for executor depends on your family. For some, the best compromise is to name both a family member and a lawyer or other professional as co-executors. A good suggestion is to make your choice known to family members. Early notice gives them an opportunity to get used to the decision and gives you an idea of whether or not it will work.

The same considerations go into naming a trustee, but bear in mind that a trustee likely will be managing the property longer than the executor. That’s why when drafting a trust you should include a clause that allows the family to change trustees.

How much should I give now? If you are confident that your lifetime needs are taken care of, consider giving some wealth to the loved ones now. The tax law certainly encourages this by allowing tax-free gifts of up to $11,000 per recipient each year. Also, the lifetime estate and gift tax exemption is more valuable if used now rather than later. When charity is part of your wealth distribution plan, the tax law also encourages lifetime gifts with income tax deductions.

Some people make lifetime gifts to enjoy seeing how the gifts benefit others. Others use lifetime giving as a trial run to how the wealth is used and affects people. Sometimes the observations cause changes in the estate plan, such as putting money in a trust for an heir instead of giving it directly.

Lifetime gifts don’t have to be straight transfers of money or property. You can pay tuition or medical expenses. You might provide the down payment for a house or the start-up expenses for a business. A popular gift in recent years is to foot the bill for family vacations that the loved ones could not afford on their own.

Be conservative when setting up a lifetime giving strategy. More and more people live into their 80s and 90s.  Unless you have health problems, include that possibility when deciding how much to give.

Should there be controls and incentives? In the 1990s people became more concerned that leaving simple gifts would make heirs lazy, spoiled, or worse. In addition, those who consider giving wealth always are concerned about mismanagement of the wealth and substance abuse by heirs.

One longstanding solution is to leave money in a trust that has controls. Heirs won’t receive the bulk of the money until reaching a certain age or other milestone. The trustee can have discretion over how much to distribute each year until then and could withheld all money in circumstances such as substance abuse.

In the 1990s many people went a step further and used “incentive trusts.” Heirs would receive money only after achieving something, such as attaining a certain academic degree, holding a job for a minimum time, reaching a certain income level, attending church, getting married, or whatever other goal the parents wanted to establish.

Some people believe incentive inheritances resolve the dilemma of how to provide for heirs in a healthy way. The heirs have to earn their inheritances and be productive citizens. Others are against the trusts, and some lawyers won’t draft them. The trusts can be viewed as an attempt to control loved ones from beyond the grave. The incentives in the trusts can be too detailed and restrictive. Some require children to attend certain colleges, for example. The trusts also can have the effect of channeling heirs into occupations for which they are unsuited or less interested in than other fields.

If you leave an incentive trust, try to keep it flexible. The trust might not take effect for decades. You might end up penalizing a loved one whose interests change or who discovers a talent later in life. The heirs also might generally resent the restrictions and goals. A better approach might be to give the trustee discretion on distributions and leave a letter of instructions outlining your goals and intentions.

Should heirs get equal shares? Parents have different reasons for considering unequal shares.

Some parents are tempted to leave a child less money because they believe he or she will waste it. A better approach might be to leave that money in trust with either restrictions or discretion by the trustee. There should be a contingent beneficiary in case the money is not distributed to the initial heir.

When children have unequal financial success in life, parents are tempted to factor this into their inheritances. Unfortunately, a financially successful child is likely to consider the inheritance to be a measure of your affection or will believe he or she is being punished for success if less affluent children receive greater inheritances.

Don’t forget to count lifetime gifts and assistance when dividing up the estate. One child might have received substantial assistance over the years that the other children didn’t need. If you really want things to be equal, these lifetime gifts should be subtracted from their inheritances.

An alternative to equal inheritances is a reserve trust. Have about 80% of the estate distributed equally among the heirs. The other 20% is placed in a trust where it can be tapped for emergencies by any of the heirs at the trustee’s discretion. This can create its own set of problems or it can provide valuable assistance to the least financially successful heirs.

Should someone be excluded from the will? Many families have at least one child who is estranged or has troubles. The temptation can be to write the child out of the will, especially if the child is well into adulthood and shows no signs of changing.

Completely excluding a likely heir from a will is legal but rarely is a good idea. The child could challenge the will or demand money from the others in return for not challenging the will. Instead, leave the child an amount that is meaningful to him or her. Then state that the inheritance is forfeited if the will is unsuccessfully contested. The key is to find an amount that the child won’t want to risk losing. You also can consider leaving an additional amount in an incentive trust that is forfeited to the other children if your goals are not met within a certain time.