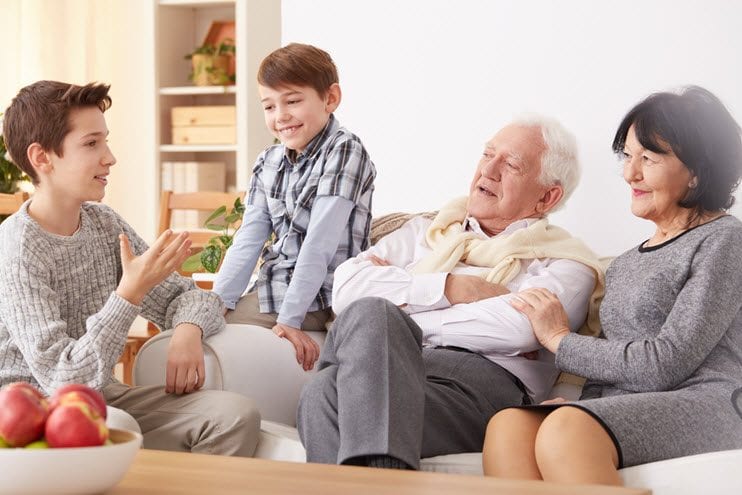 The best thing you can do to ensure the financial security of your grandkids isn’t to give them money or wealth, though that would be helpful. Sound Estate Planning advice based on the latest research is what the younger generations need more of, and they aren’t likely to get that estate planning advice from their parents or schools.

The population following the Baby Boomers is in bad financial shape, according to research by Pew Charitable Trusts. The first half of the Baby Boom generation looks to be the last group to retire with sound estate planning ,enough income and assets to maintain their lifestyles. The following generations so far have less savings and lost a higher percentage of their net worth in the crash following the financial crisis.

A key problem for those following the Boomers is that they are accumulating debt at a faster rate than their predecessors. Not long ago it was hard to believe that any generation could accumulate more debt than the early Boomers, but the younger generations are doing so, according to Pew. College loans are a key component of that debt, but not the only factor. The younger generations also have credit cards available to them at earlier ages and are users of them and other extended payment plans that weren’t available to the earlier generations.

The Baby Boomers benefited from the post-World War II global boom but especially the boom in the U.S. Extended bull markets in both stocks and bonds boosted the net worth of the Boomers, the early Boomers in particular, despite anemic savings rates. The housing bull market that lasted decades also helped the balance sheets of the Boomers.

The younger generations can’t count on similar bull markets to offset low savings rates and high debt levels. Social Security and Medicare will still be available but they probably won’t provide as many benefits to the younger generations. Employer benefits for retirees also are going to be far less generous in the future.

Investors with over $5 million in investable assets say that saving early and regularly was the key factor in their financial security, according to a survey by PNC Wealth Management.

Financial security requires a higher savings rate than many people realize. To have a high probability of saving enough to withstand most investment environments, young workers should save 16.62% of their salary for 30 years, according to research by economist Wade Pfau. He refers to this as the safe savings rate.

Pfau ran numbers for a number of different environments and several investment strategies. The optimum savings rate varied widely, but the 16.62% consistently provided enough money for retirement under the most circumstances.

Perhaps more importantly, a long, steady period of saving reduces the importance of investment markets in the years just before and after the retirement starting date. When people wait to save and accumulate just enough to meet their retirement goals, their financial security is very dependent on investment performance in the 10 years before retirement begins and the first 10 years of retirement. They depend on the last few years of investment performance before retirement to compound their modest nest egg with sound estate planning into one that is big enough to sustain their retirement. That’s a big risk and can be reduced by saving more money earlier. Not saving early enough is why we hear that so many people plan to delay retirement.

Also, the earlier you begin saving the more work the investment markets do for you. In the past I’ve discussed my “70% rule.” Suppose a young person decides to save $3,000 annually for all his working years and earns 6% annually on that money. After 34 years of saving, investment returns will comprise over 70% of his retirement nest egg, while his contributions are less than 30%. Start saving early, and the markets will do most of the work for you through compounding. But wait to save, and sacrificing current consumption will bear most of the burden.

Young savers also shouldn’t try to earn the highest investment returns or seek the hottest investments. That’s playing the lottery with your retirement savings and is poor estate planning. Instead, begin your savings plan with a balanced fund such as PIMCO All Asset All Authority, MainStay Marketfield, Vanguard Wellington, or FPA Crescent (currently closed to new investors). Or own several of these funds. It’s important always to have a balanced portfolio so you earn steady solid returns and have a margin of safety for your financial security.

October 2021:
Congress Comes for your Retirement Money
A devastating new law has just been enacted, with serious consequences for anyone holding an IRA, pension, or 401(k). Fortunately, there are still steps you can take to sidestep Congress, starting with this ONE SIMPLE MOVE.

Quick Links
Articles Trending Now
October 2021:
Congress Comes for your Retirement Money
A devastating new law has just been enacted, with serious consequences for anyone holding an IRA, pension, or 401(k). Fortunately, there are still steps you can take to sidestep Congress, starting with this ONE SIMPLE MOVE.
CLICK HERE FOR THE BREAKING STORY
X