How To Avoid Costly IRA Mistakes 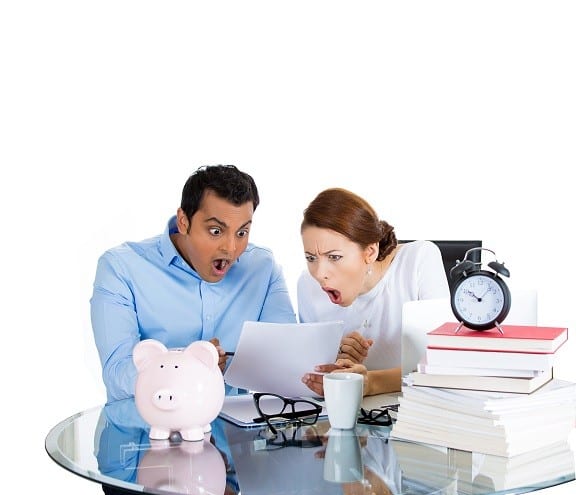 Though set up to help regular people save, IRAs are fraught with complicated tax rules. Missteps can be made without the owner knowing it until it is too late to correct the problem. The result often is higher taxes and penalties. Sometimes the result is reduced IRA options. Here are some little-known but very common problems to avoid.

Some IRA custodians impose more restrictions than the tax law does. These limits often are not trumpeted, and they are the types of items that normally aren’t considered when an account is opened.

For example, some custodians make it difficult to transfer any IRA to another firm. They might impose penalties or charge high fees. Some firms will not allow an inherited IRA to be transferred or rolled over to another firm at all. Once the original owner dies, these firms provide only the options of leaving the IRA with them until it is empty or taking a distribution of the account. The major custodians, such as Schwab and Fidelity, do not have this restriction. But others do.

The exception to this rule is when a spouse inherits. A spouse can roll over an inherited IRA into a new IRA in only the spouse’s name. This move also gives the spouse the option of naming new beneficiaries and re-starting the distribution schedule.

Avoid these traps by discussing them with a custodian before giving them your business. If you already created an IRA, discuss these matters with the custodian. It might not be too late to change to another custodian and save your heirs a lot of trouble.

Other traps occur when changes are made in an IRA.

Custodians handle a lot of IRA transactions. Even the best occasionally make mistakes. The mistakes can be fatal to the IRA, triggering substantial  taxes and penalties.

Often, the mistakes can be corrected if action is taken quickly. If a custodian incorrectly issues a check instead of transferring an IRA directly to another custodian, there is no penalty if the check is deposited in a new IRA within 60 days. If a custodian incorrectly transfers an IRA to a taxable account instead of another transaction that the owner intended, there also is no penalty if it is corrected within 60 days.

The key here is to open and study account statements and transaction notices. Don’t look simply at the changes in your investments and balances. Look at the transactions and the account title. If the custodian made a mistake, have them reverse it quickly.

The IRS does have a procedure for waiving penalties when IRA mistakes were inadvertent and not the account owner’s fault. But the penalty often is not waived if the account owner did not act promptly and do all he could to meet the deadlines in the tax law.

Some IRA owners do not understand how strict the rule is on 60-day IRA “loans.”

You can take money from an IRA and do anything with it. There is no penalty and no income taxes if the same amount of money is returned to the IRA or put in a new IRA within 60 days of the distribution. The intent is that the account owner can use this time to transfer money from one IRA to another.

But some people use the 60-day rule as a no-interest loan. For example, someone might find an attractive piece of real estate. He can get money from his IRA quickly. So he uses his IRA to close the deal, then shops for a mortgage. If he can get the mortgage and deposit the money back in the IRA within 60 days, there is no problem. But if the mortgage is delayed, the amount taken from the IRA will be taxable and there will be a 10% penalty if the owner was under age 59 1/2. The IRS will not make exceptions in this situation if the 60-day deadline is missed. Exceptions usually are made only if the IRA custodian made an error, such as crediting your deposit to the wrong account.

Almost 5 million taxpayers paid over $3 billion in IRA penalties in 2003. Don’t let you or your heirs join that list in the future. And don’t let your heirs pay more taxes on the IRA than they have to.