Putting Power in Your Power of Attorney for Estate Planning 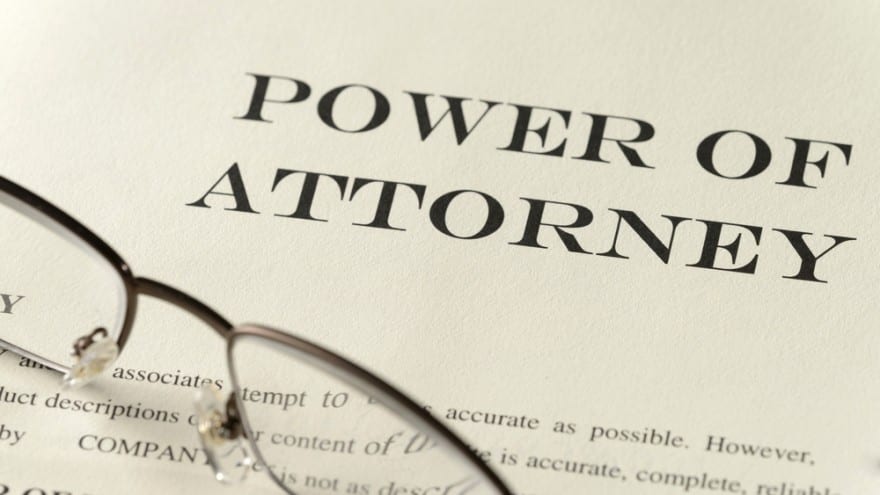 A financial Power of Attorney is essential to your Estate Planning. Even when you aren’t ready to finalize a will or living trust, you should have a financial POA. The document ensures that someone can manage your estate planning when you are unable to. Bills can be paid; investments can be managed; and other actions can be taken.

All POAs are not the same. An off-the-shelf POA is not adequate for everyone and might not be right for your situation. Here are some key details of a POA to consider as part of your estate planning.

Is your POA a springing or durable one? A durable POA, the most common, takes effect as soon as it is signed. As soon as you sign, the agent you name legally could immediately use the power to write checks, change investments, and sell assets. This is not an issue if you have done a good job of selecting the agent holding the power and especially if you put in other protections we discuss shortly.

An alternative is the springing POA under which the agent has authority to act only after the principal (you) is disabled. Initially that sounds like a solid solution, but it has the potential to make thing worse.

Not all states allow the springing POA, so it might not be available. When the springing POA is allowed, someone has to determine that the principal is disabled. Does there have to be a letter from a doctor? Which doctor? How is disability defined? If the letter certifying the principal is disabled is two weeks old, should financial firms rely on that or should they require a more recent letter certifying that the principal still is disabled? Because of these and other potential problems, some financial services firms won’t comply with the agent’s directions unless the springing POA contains a clause indemnifying from liability anyone who reasonably complies with the agent’s directions.

Do you intend for the agent to manage investments? Some people expect an agent to be only a caretaker or administrator, paying bills and performing other routine tasks while you are unable to. Others want the agent to take whatever action seems wise. Consider different scenarios with your estate planning advisor. If there are specific actions you want the agent to be able to take, spell them out in the POA. Otherwise, a financial advisor or firm might decline to follow the agent’s instructions or the agent might not consider taking the actions.

This is especially important with assets such as real estate, business interests, and collectibles. A buyer might be advised by an attorney not to close a transaction unless the POA specifically authorizes it. If you own a business, the POA should spell out the actions the agent is authorized and not unauthorized to take regarding it. Some people create different POAs for different assets and name different agents.

Are gifts allowed? States generally prohibit an agent acting under a POA from making gifts. If you want the agent to continue your estate planning gifts or be able to make other gifts, the POA needs to say so. The IRS won’t recognize any gifts made under a POA that does not specifically authorize them.

The gifting power might need to be broader or more detailed than in many standard POAs. Do you want the agent to make gifts only up to the annual gift tax exemption or are gifts above that amount or for non-estate planning purposes allowed?

The POA also should state who may receive gifts. A standard provision is to limit gifts to lineal descendants (children and grandchildren). That means gifts cannot be made to your parents, siblings, or other family members who need help, even if you have been helping them. Some people make the gifting provision too broad, and an agent then makes gifts to his or her friends or relatives. If the agent also is a family member, should the agent be eligible to receive gifts?

Another issue is whether gifts should be equal. One child might be better off financially, have substance abuse problems, or be irresponsible with money. You might not want equal gifts in these situations. Make your standards for gifts clear.

Is the agent allowed to fund accounts? Indirect gifts, such as contributions to a 529 education savings plan, might not be allowed in a standard POA, even when direct gifts to family members or other people are allowed. If you want the agent to be able to make such gifts, spell it out in the POA. State the types of plans that may be funded, for whose benefit contributions are allowed, and the maximum amount that can be contributed.

Will the POA be followed? After the POA is drafted, contact your financial service providers. Some firms insist that their own forms be used or that the POA be on file with them before the agent takes actions. For non-standard POAs, their attorneys might review them and request changes. They also might want it updated every few years to be sure it still reflects your wishes.

The terms outlined above are only part of the POA. You also should have protections against abuse.

For example, in 2007 New York philanthropist and heir Brooke Astor was in the headlines with lurid allegations that her son and lawyer were using a power of attorney to subject her to a substandard lifestyle, conserving her wealth for themselves instead of her. After she died, criminal charges were filed alleging that the two essentially stole her money.

The case highlights the importance of selecting the right person to name as your agent. In addition, you can add protection against an agent gone wild. Keep in mind that you should still want the POA to enable an agent or agents to take action when you are unable to. The key is to establish a balance between those goals and security.

Here are some protections to consider.

Require regular accounting. Most agents holding POAs are responsible only to themselves. A layer of oversight can dissuade an agent who is tempted to abuse his position.

The oversight can be simple. Require that copies of monthly statements or your accounts be sent to one or more people. The recipients can be relatives or professionals, such as your attorney or accountant. The recipients can review them to see that no suspicious transactions are taking place and also that adequate amounts are being spent for your upkeep.

Appoint multiple agents. Appointing two or more agents makes malfeasance less likely, though two agents wasn’t enough protection in Mrs. Astor’s case. The downside is that multiple agents can complicate matters, because two or more people have to approve everything and might be required to sign every check.

Appoint a protector. A solution I have recommended regarding trusts is known as a protector or supervisory agent. This is someone who has the right to review everything done by the agent and can replace the agent at any time for any reason. Again, collusion always is possible but having additional oversight reduces the probability of malfeasance.

Puts details in the document. Mischief also can be reduced with a careful delineation of the agent’s powers. As discussed above, consider specific details in the POA. Name the people who can receive gifts and, if you want, put annual and aggregate limits on the gifts. Some people prohibit the agent from receiving gifts or other payments, or they limit the amounts and circumstances of such gifts. In some estates, specific items of property are precluded from being given away.

Have a side agreement. Some estate planning spacialists recommend the principal draft a separate letter of understanding that both the principal and agent sign. In this letter, the principal clearly states his or her intentions and desires about how the agent will manage the assets. The document has no legal effect. But it can be consulted by the agent and could have an effect on an agent’s actions. It also clearly expresses your intentions, in case there is a dispute.

Lawyers have other terms and tools to increase the protections. Remember to balance these protections with the goal of enabling an agent to manage your affairs. The protections might make the agent’s job more difficult and prevent someone from accepting the position.

The bottom line is that there is no substitute for carefully selecting the agent or agents. The POA should be given to someone who is both trustworthy and capable of handling the estate. One never can be certain how someone will act when faced with the temptations and responsibilities of the position, so some protections are in order. But the best protection is to carefully select the agent.

You should understand the POA. Know under which conditions it can be used and the actions the agent is empowered to take. Consider whether it covers all the actions that might need to be taken, and also any limits you want to place on the agent.