Using Protection Trusts in Your Estate Planning to Help Heirs 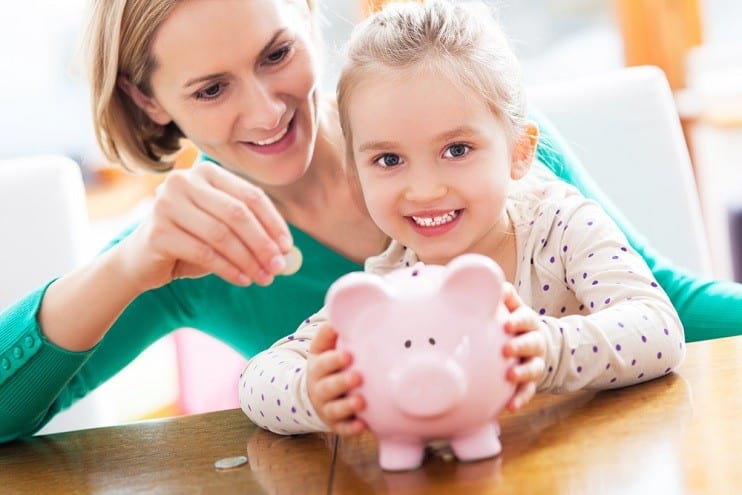 “Great Fortunes Lost” was the title of an article in Fortune magazine some years ago. It described how various individuals, usually heirs, lost or squandered very large fortunes. Some of the individuals lost more than money. They lost their health or wasted their lives because of the effects wealth had on them.

Many people I hear from are concerned about that happening in their families. They worked hard for their wealth and want to leave some of it to help their children and grandchildren. Yet, they are concerned that the wealth might be wasted or would have negative effects on their loved ones. They don’t want their wealth to be more than their heirs can responsibly handle, or so much that it makes them idle or wasteful. You also probably don’t want to risk having your money end up with ex-spouses, creditors, or drug dealers.

Fortunately, you can leave enough assets to make your children and grandchildren comfort-able and do so in ways that avoid or minimize these problems. To do this, you generally want to leave money and property in a trust or trusts, with a reliable friend, family member, or professional as trustee or co-trustee. It’s important to have the right terms in the trust. Discuss your goals and concerns with your Estate Planning advisor to ensure the trust will have the right provisions to meet your goals. Here are the key provisions to consider for your trusts.

It isn’t complete protection. The creditors might be able to lay claim to any money or property paid to the beneficiary from the trust. In addition, some states don’t allow the spendthrift clause while others put a ceiling on the value of assets that can be protected, such as $500,000. So, while you should have the spendthrift clause, it is not the only trust control you need.

Discretionary clause: This clause gives the trustee discretion to pay or not pay income and principal to the beneficiary, and to decide how much to pay. This provision can work when the trustee knows your wishes well and you developed written guidelines for the trustee to follow. The trustee also needs to keep up with what’s happening in the lives of the beneficiaries.

Even so, the clause has disadvantages. It can leave the trustee and beneficiary as adversaries. That could lead to major problems if both are family members. Also, you can’t anticipate all possibilities ahead of time and give the trustee guidance on each possibility. You are relying on the trustee’s judgment. A corporate trustee who is not familiar with your family also might not be able or willing to use the discretion effectively. So, it is a clause to be used carefully.

Milestone or incentive trust: This provision is intended to prevent a beneficiary from becoming a wastrel or dependent on the trust. Instead of providing that income and principal will be paid on a schedule, this clause says payments are made when a certain milestone is met. The milestone can be reaching a certain age, graduating from college, being employed for a certain number of years, or virtually any milestone you want to set.

It is designed to protect against giving money to an heir before he or she can handle it or has established himself or herself as a productive adult.

Often in these trusts before the beneficiary reaches the milestone, the trust will pay out only the income or a fixed dollar amount as an allowance, or it will pay for specified expenses such as education and medical care. That way the beneficiary’s basic needs are met, but there’s an incentive for him or her to be productive or meet the other goals that are important to you.

Stepping stone trust: This is a variation of the milestone trust. The trust pays some or all of the income or a fixed amount each year. Instead of giving the beneficiary all the principal upon reaching a certain milestone, the principal is paid in stages upon reaching different milestones. That allows the beneficiary to learn over time how to handle the money instead of receiving it all at once. Some people believe this approach also encourages the beneficiary to be useful and productive over a longer period and establish it as a lifestyle before receiving enough from the trust to destroy incentives.

For example, a trust could provide that one third of the principal is paid when the beneficiary reaches age 25, one third at age 30, and the rest at age 35. Or you could have smaller percentages or specific dollar amounts paid in the early years and large percentage or amounts for the later dates. Some people have a trust pay a certain percentage of the trust or a lump sum after the beneficiary graduates college, another amount after graduation from professional school, and further distributions are made after the beneficiary stays employed for certain periods of time.

Matching trust: This is another clause designed to pay out trust principal only when the beneficiary has some maturity and responsibility. The trustee makes payments to match income earned by the beneficiary. The payments can match the beneficiary’s income dollar for dollar or be a multiple of it, such as three times the salary.

But the matching trust can be a bit unfair if there are several heirs, or it might give the beneficiary the wrong incentives. An heir who is attracted to a relatively low-paying occupation, such as teaching, will receive less than a sibling who is drawn to a higher-paying profession, simply because of different interests and aptitudes. Also, the trust might cause an heir to seek employment in a high-paying field rather than one which he or she enjoys the most. So, the matching trust must be used carefully.

Escape clause: This clause is called by a number of different names, but the substance is the same. No matter how carefully you choose from and draft the provisions already mentioned, the time the money is scheduled to be distributed might turn out to be a bad time to give it to the beneficiary. Or annual income distributions might be going to waste or harming the beneficiary, even before the principal is distributed. Perhaps the beneficiary drifted into substance abuse, gambling, or high-risk business ventures or is going through a nasty divorce, bankruptcy, or a law suit.

To prevent distributions under such circumstances, you can add the escape clause to the trust, in addition to any other clauses. The escape clause can override any other trust terms. In its simplest form, it allows the trustee to withhold payments when the trustee determines that doing so is in the best interests of the beneficiary. Some people spell out the circumstances under which payments should be withheld. Others realize they cannot anticipate everything, so they give the trustee a broad, general power to withhold distributions.

Withholding payments under the escape clause doesn’t have to be all-or-nothing. You can empower the trustee to make payments that seem in the beneficiary’s best interests, such as paying for basic living expenses, but not more.

Emergency clause: Some of the saddest estate planning stories are those involving a trust that was created with certain situations in mind, but the trustee and beneficiaries are confronted with situations that weren’t anticipated. It’s not unusual for a trust creator to focus on the circumstances under which distributions are to be made and overlook other possibilities, such as situations in which distributions should be accelerated or increased.

For example, you probably would want the trust principal to be used if your grandchild developed special medical needs or wanted extended education. If you’d thought about it, in such circumstances you wouldn’t want the money sitting in the trust waiting for the grandchild to reach a certain age or be employed for a number of years.

It’s a good idea to add a clause that allows the trustee to make distributions under special circumstances.

Marital agreements: Would you like a big part of your estate to end up in the hands of someone you never knew? It might if money is given to a child or grandchild whose marriage doesn’t last. The spouse could receive some or all of the wealth in a divorce. The trust can’t protect money that’s already been distributed.

The best solution is for your children and grandchildren to have valid premarital or postmarital agreements. These agreements are very flexible, and the couple can put in whatever terms they like. But the basic clause you want is that any gifts or inheritances from you or trusts you create are not considered marital property to be divided in the case of a divorce but are the separate property of the spouse who was the beneficiary.

For a marital agreement to be valid, each party should have separate legal counsel, there must be full disclosure from each party, and there must be enough time taken to contemplate the agreement.

Some people write their trusts so that they serve in place of marital agreements. The bulk of the principal never is distributed to beneficiaries unless they have valid marital agreements with the terms discussed above. Instead, the beneficiaries receive income and principal to meet their needs. But otherwise the principal remains in the trust and is safe from being divided in a divorce.

You can’t plan for all contingencies to protect your wealth. You can plan for the ones that have caused problems for people in the past by using trusts with time-tested clauses.

Be careful about using some of these clauses. Some people write such detailed conditions under which principal payments will be made that they cross a line from protecting the wealth to controlling and micromanaging their beneficiaries for life. They don’t allow for different circumstances or changing interests of their beneficiaries. You estate planning advisor should be able to help you find the balance.